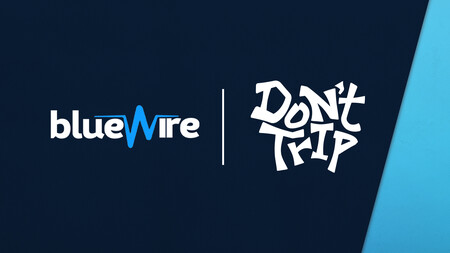 Blue Wire announced the acquisition of Don’t Trip on Tuesday, the network’s latest addition to their comedy and culture offerings, as hosts David Egbo and Justice Summerset give listeners advice on life, sex and relationships.

Meeting as student athletes on the University of Arizona’s track team, the duo share an authentic friendship and passion for podcasting that has allowed them to naturally gain a huge listenership and social media presence around Don’t Trip. Since they began their show in early 2021, the hosts have been recording and uploading episodes and clips to YouTube and TikTok, allowing their audience to span multiple platforms. Check out their Q&A below to learn more about the show.


What was the process of you guys starting the podcast?

David: We started the podcast while we were in college. We had another YouTube channel called The Shepherds, which was public interviews. We just wanted to talk and we did a lot of different stuff. And then when COVID hit, we had to stay in the house, so we ended up just buying podcast equipment. So, we just decided to make our own in January 2021.

Your podcast Don’t Trip is a conversational advice-based show, which translates really well to audio and on social media. What made you go that route with the show?

David: We were trying to look for something that everybody could relate to, and something that there would really be endless content for. So, relationships and life fell into our pocket but our main thing was just asking whatever you want. At first, we got a ton of questions about different things but most of them were relationship questions, but it's pretty much asked whatever you want.

Justice: I think the idea that we were aiming the podcast for was to be a conversation with your homies. We just wanted to record stuff that we talked about every day, just hanging out sitting on the couch. And so, we put a mic behind it and started recording and filming. Our show focuses on topics you’d talk to your friend about every day.

When did you guys start posting on Tik Tok? What was your initial goal with posting clips on social media?

David: When we started, I don't think TikTok was at its peak, but we did know that TikTok was definitely the platform to get it going. So, we actually started the podcast because it did well on TikTok. So, we just did a couple of short clips first, and we're like, okay, if one of these pops off, and I think people like our stuff, and we'll go with it. And we posted two videos, got thousands of views each and then our next video got around 750k views. So, we saw people really liked this stuff. TikTok has been a big factor, but I also think it could have been YouTube - we were looking for the biggest thing to catapult us.

Justice: One of the cool things about TikTok is that it will direct you to someone's Instagram, or someone's YouTube. And that's also how Don’t Trip grew because we interact with our listeners and they can submit their questions to Instagram DMs or other places. So TikTok helped filter those followers from there to Instagram or YouTube, and they drive our content. That's really how we've grown so fast, is from figuring out the right time to post and what works and what doesn’t.

Do you guys have any advice that you would give to someone looking to start a podcast or grow a following on social media?

Justice: I say just do it. Go for it. Don't try and plan it out - we literally just bought the equipment. We bought the equipment, thinking we’re just going to put this online and see how it does. You can't be scared and worried about the numbers before you even create any content. And then, once you do get something solid, you have to be consistent with it. And I think that's the biggest thing that David's worked on, is being consistent when he posts. If you’re posting once every two or three weeks, you're not going to get the correct flow. Our listeners know what and when we're about to post. So, you know, it’s consistency.

David: Consistency is key. Definitely. And I think one of the biggest things that makes it easy for me and J, is you got to be yourself. It’s got to be a topic or something that you really know. Because a lot of people listen to our show. And they're like, ‘Oh, you guys are real. You guys are like talking about real life scenarios.’ And when we don't, it's not scripted. You need to pick your topic wisely and then stick with it and just really be yourself.

How are you envisioning Don’t Trip as it grows?

David: Our catchphrase right now is “advice at no price”. A lot of people come to us talking about how the show helps them in their real lives, so it means a lot that we actually have people that are being impacted by what we're saying. And we definitely want to grow on that. Whether it be new segments giving more specific advice and other things. We want to be able to not just be a podcast, but a movement. We want to branch out and impact as many lives as we can in a positive way. While also being funny, too. And, now with Blue Wire, we have more resources to have online interaction. We're going to go to the Blue Wire studio for a couple of days and cover all the questions people have been hitting us with - we're compiling them into a list so we can record those and have more content also. We filmed our first online episode and it went pretty smoothly so we’re able to film bi-weekly and keep up with current content.

You can listen to Don’t Trip across all major platforms, including Apple Podcasts, Google Podcasts, Spotify, Amazon Music, Stitcher, and Overcast. Full episodes of the podcast are available on YouTube. You can also keep up to date on all things Don’t Trip by following their TikTok.

To submit a question for David and Justice to answer on the podcast, DM them on Instagram.