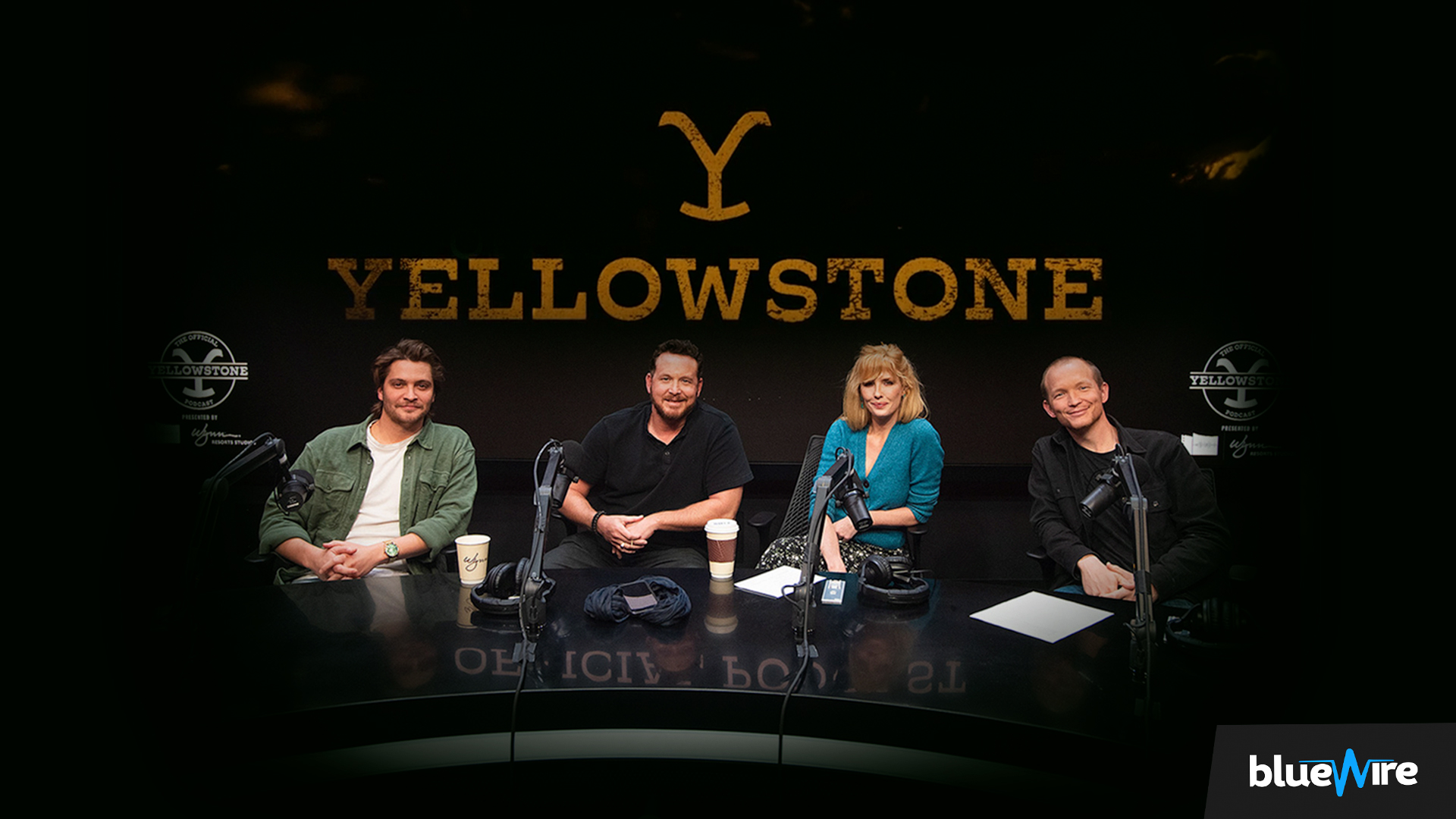 Blue Wire had the opportunity to team up with the 101 Studios and Paramount production team in early November by recording The Official Yellowstone Podcast in the Wynn Las Vegas studio. Yellowstone cast members Luke Grimes, Cole Hauser, and Kelly Reilly joined host Jefferson White in the Blue Wire studio to record the debut episode of the podcast.

In conjunction with the show, 101 Studios and Paramount Network, who collaboratively create Yellowstone, launched The Official Yellowstone Podcast earlier this month hosted by Jefferson White, who plays the character of Jimmy Hurdstrom on the show. The weekly podcast features cast members and special guests who give “exclusive interviews and behind the scenes insight” on all things Yellowstone.

Blue Wire will continue pursuing entertainment partnerships like this and utilizing the Wynn studio to create can’t-miss content in 2022.