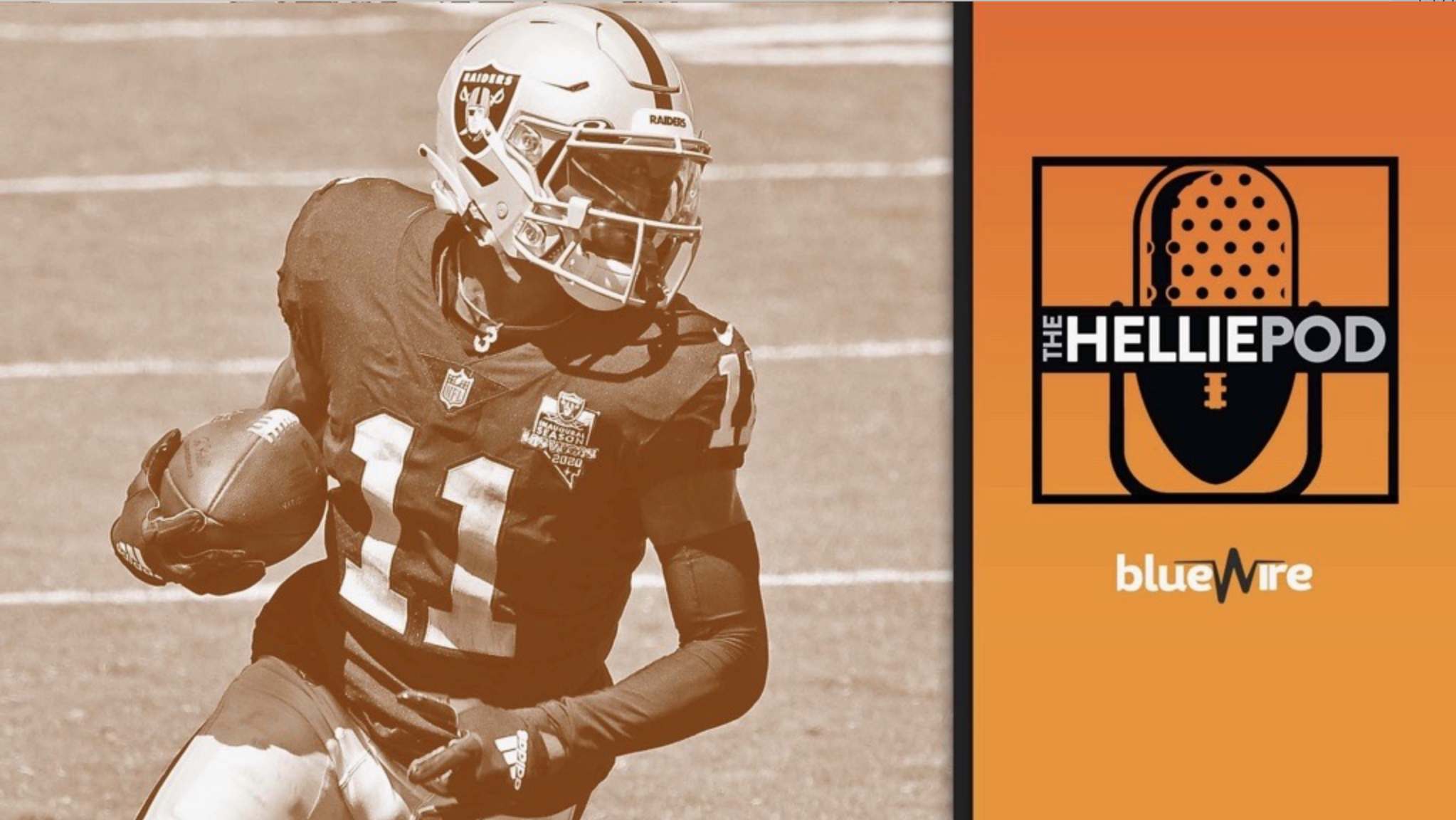 Many NFL players get to the level they’re at through years of football experience starting as young as the Pop Warner level. For players like Las Vegas Raiders wide receiver Henry Ruggs III however, pure athleticism is what got him to where he’s at today.

Going 12th overall in the 2020 NFL Draft, Ruggs actually didn’t start playing football until his junior year of high school. In fact, football wasn’t even his number one sport. There was a point in time where Ruggs preferred the hardwood over the gridiron. If you haven’t seen Ruggs’ high school hoops highlight tape, it showcases just how much of a pure athlete he really is.

On the latest episode of The Helliepod with Dan Hellie and Maurice Jones-Drew, Ruggs sat down with the guys and talked about how basketball was his first love, and why he made the eventual transition to football.

When asked when he realized he wanted to play football, Ruggs said that after being begged by his high school football coach, Tyrone Rodgers, he showed up to practice with a desire to prove his athleticism.

“When I decided to go out and actually play and give it my all, I was just like ok, I’ll prove to some of the football coaches that I’m not just a basketball player, I’m an athlete,” Ruggs said. “I kind of had a breakout year my 11th grade year and once I just started to see the offense rolling in it was just like ‘maybe this is something I should look into.’”

While his pure football talent was a main reason for Ruggs’ transition to the field, there is also an unfortunate, and perhaps bigger reason why he made the switch. Ruggs lost his best friend and basketball teammate, Rod Scott, after he sustained injuries in a 2016 car crash. That loss was something that made Ruggs want to focus on football.

“The tragedy that happened the following year with my best friend it just kind of killed a lot of the drive and motivation that I had in basketball because that was my partner, anytime I went to the gym he was with me... it just wasn’t the same without him with me, I just kind of lost a feel for it. Football is where my head went.”

Ruggs has certainly honored Scott’s memory on the field, and if his first few NFL games are any indication, he will only continue to make him proud.

To listen to the full interview with Ruggs, along with otherNFL storylines from week five, listen to the latest episode of The Helliepod, available below and on your favorite streaming platform.