Why Josh Jacobs Will Have A Big Game Against Kansas City 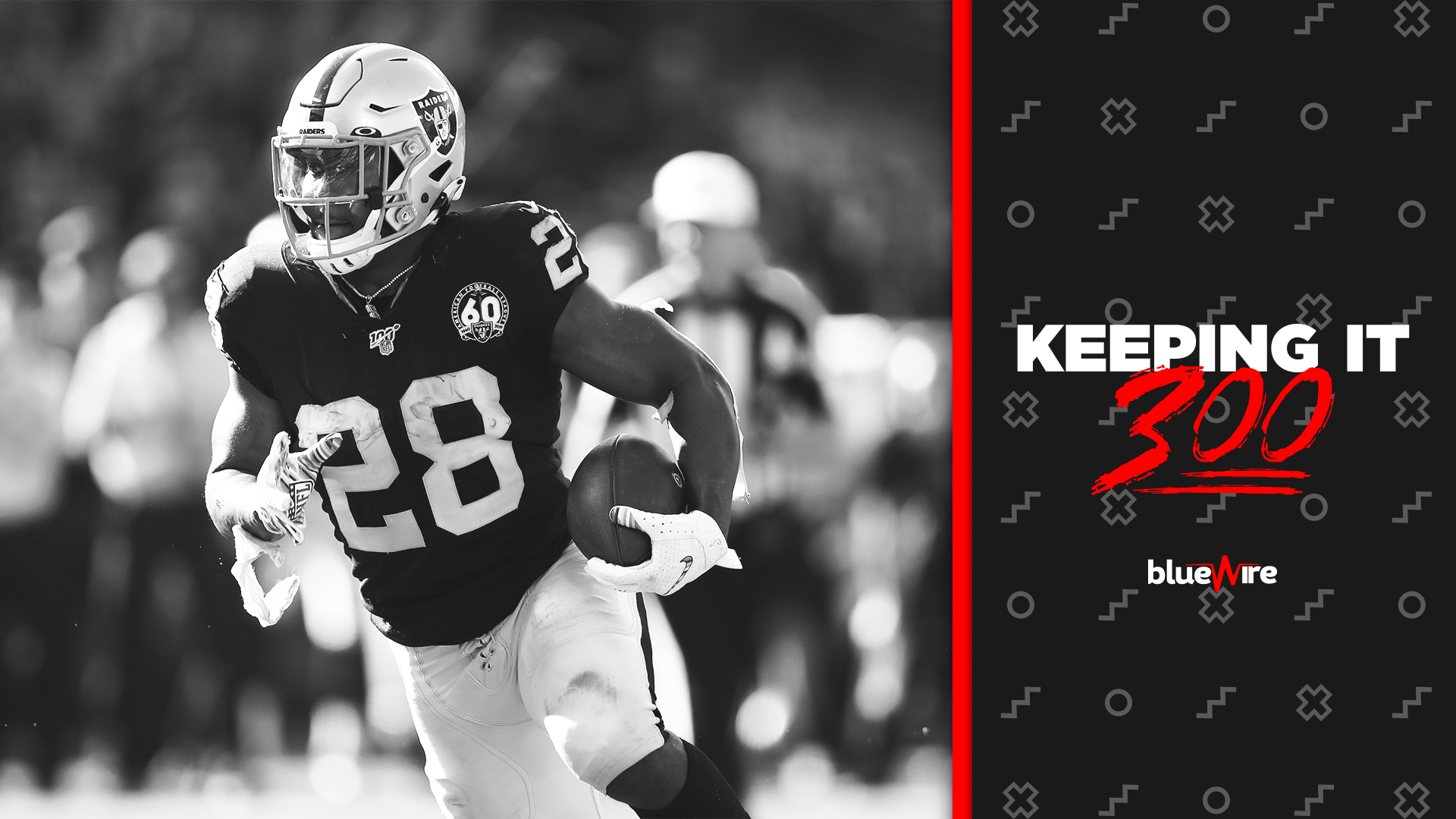 When the Las Vegas Raiders head into Kansas City this week to play the Chiefs, they’ll do so as a long shot to come away with a win. Kansas City is currently a -12 point favorite according to BetMGM.com

While it may not be best for people to put their money on the Raiders this week, fantasy owners and bettors alike may be paying special attention to Raiders running back Josh Jacobs, who may have a chance to put up good numbers this week against a 28th ranked Chiefs run defense.

On the Keeping It 300 podcast with Fallon Smith and James Jones, the hosts discussed why they felt Jacobs could be poised for a career day.

Jones said that he felt the Raiders will have to employ a run-heavy offense if they want any chance to beat the Chiefs this Sunday.

“If they want to have any chance, Josh Jacobs is going to have to have a monster day,” Jones said.

“Josh Jacobs is going to have to be the best player on the field Sunday if they want to have a chance to win this ballgame.”

Jones reiterated his confidence later on in the show, saying that Jacobs will go out and have a career day at Arrowhead Stadium.

“I feel like it’s going to be a heavy heavy dose of Josh Jacobs, I’m going to say that Josh Jacobs goes out here and he has 220 plus scrimmage yards, two touchdowns, get him the rock in the run game and the pass game,” Jones said.

While Jacobs has struggled a bit in recent weeks, averaging just 69 yards per game over the last three weeks with zero touchdowns, a big game against a division rival that has a hard time with the run could be just what he needs to get going.

To listen to a breakdown of the Raiders week four loss to the Buffalo Bills, a quarter-season grade for the Raiders, and a full preview of the game against Kansas City, tune in to the latest episode of the Keeping It 300 podcast. The show is available below and on your favorite streaming platform.