Why 76ers Fans Should Be Excited About Doc Rivers 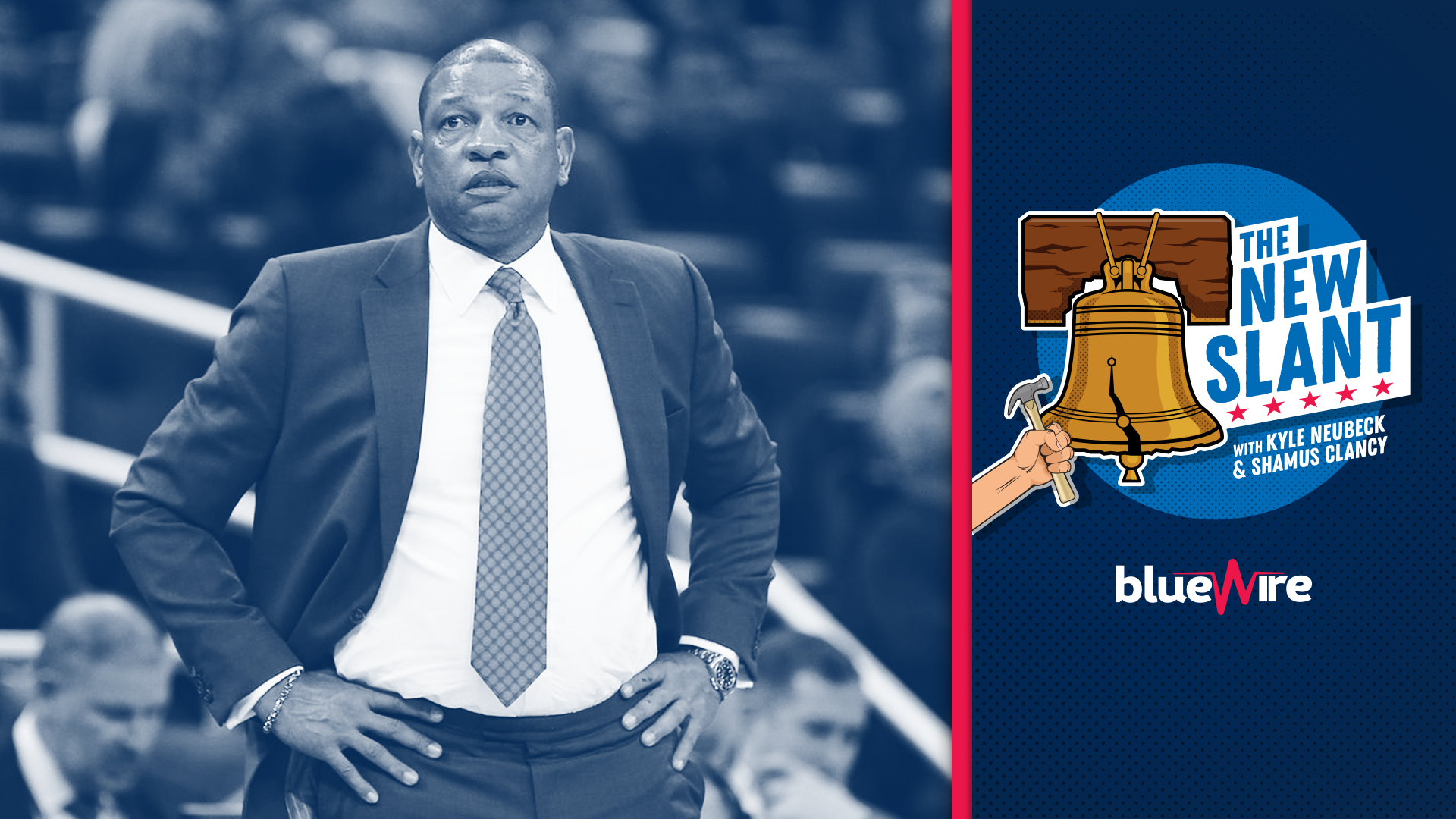 The Philadelphia 76ers highly-anticipated announcement of who their next coach will be is over as they declare Doc Rivers has filled the position. New Slant’s latest “emergency” episode features a complete breakdown of the new hire and why Sixers fans should be excited about the future under new rule.

Kyle Neubeck and Shamus Clancy think this is a win for the organization because the team has landed a charismatic tenured coach with a multitude of talent and experience around the league. He’s well respected among players and fellow coaches alike, and whether they’ve worked with him or not, you’ll see them after the games going out of their way to say ‘Hi’ to Rivers.

In his 20 years as a coach in the league, he’s taken his teams to the NBA Playoffs almost every season and even has a Championship under his belt with the 2007-08 Boston Celtics. Tack 13 years as a player onto that, and it’s not hard to see why he’s so well admired in the basketball community.

His true sales pitch comes from the vast array of players he’s worked with and the fact he’s able to curate talent of all kinds. After coaching stars like Blake Griffin, Kevin Garnett, and Rajon Rondo (to name a few), he’s well-versed in handling players with every kind of skill set and taming their egos if need be.

“His general philosophy about leading and about coaching, which is that there isn’t a one size fit’s all approach to coaching guys,” Kyle said. (7:40).

This will prove especially beneficial as River’s will be able to translate those same coaching techniques on the young Sixers stars of Joel Embiid and Ben Simmons, who could benefit from veteran knowledge of the game.

Overall, Philadelphia was smart to sign a household name like Doc Rivers to the team, who was arguably the most well-known on the market. We’ve seen production out of him time and time again, so it’ll be interesting to see if he can once again lead his team to a playoff run in the upcoming season.