Where Could Jrue Holiday End Up? 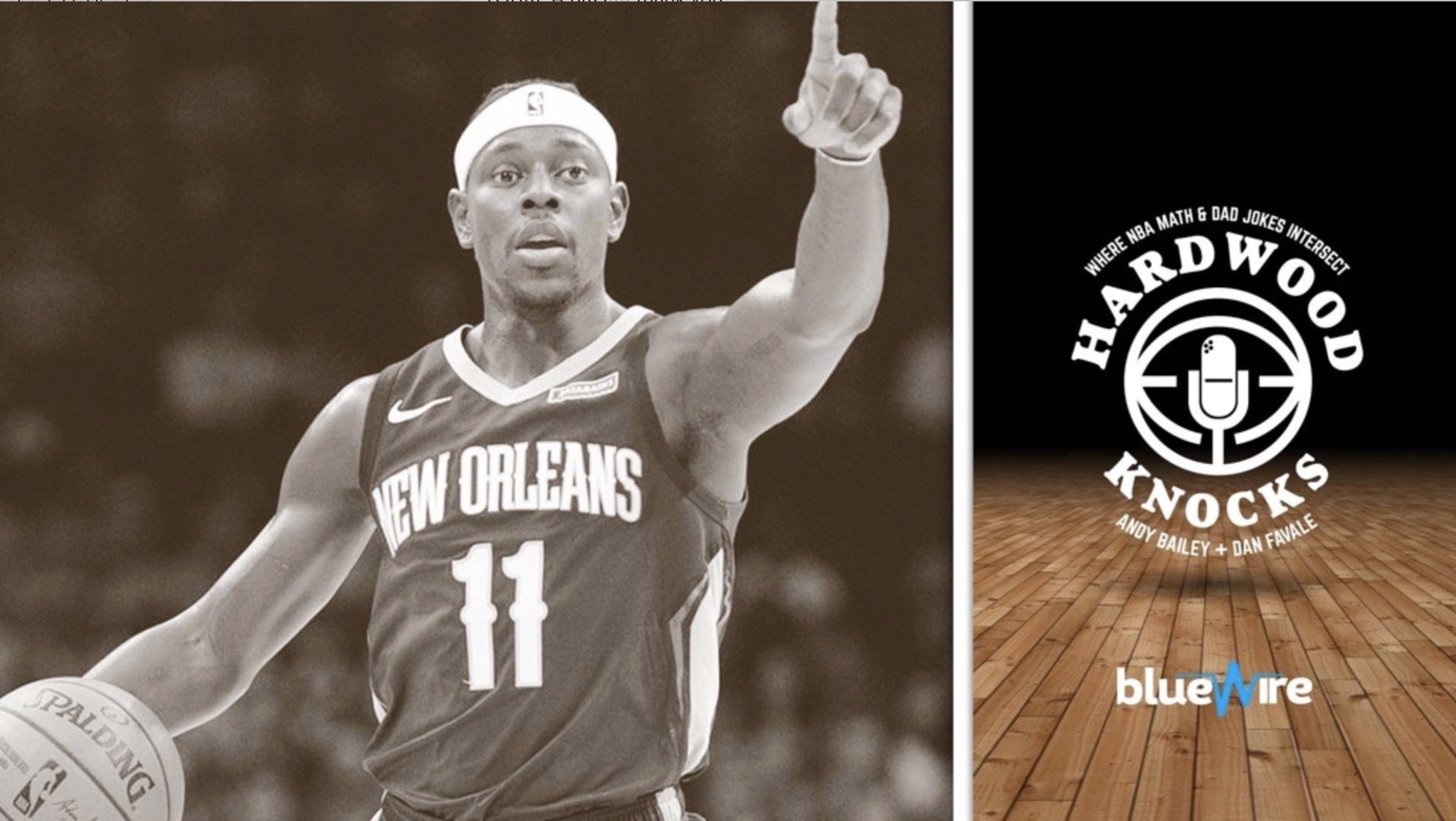 Now that the New Orleans Pelicans have announced their plan to trade guard Jrue Holiday, the speculation as to where he could end is starting to heat up. The 30-year-old star has picked up steam around the league as one of the hottest commodities in the trade talk this season.

On the latest episode of Hardwood Knocks, hosts Dan Favale and Adam Fromel break down what jersey Holiday is likely to show up in his 12th season in the league.

Although many around the league think the Brooklyn Nets are the likely winners of the veteran star because of the multitude of assets they’re equipped with, the duo doesn’t seem to believe they’ll be able to pull it off.

“They have a lot of trade assets that are palatable. In this scenario though, I don’t know how palatable they are because Jared Allen doesn’t make sense when you have Jackson Hayes and even Zion Williamson. That’s just not a great fit next to Zion” Favale said. (24:47).

They also discuss the likelihood that he lands in Atlanta with the Hawks who more or less had struggled last season after finishing 20-47. Favale and Fromel agree that trading the No. 6 draft pick isn’t enough because then the Hawks would end up “eating” into their cap space.

“So my proposal would be No. 6, Kevin Huerter, and Dewayne Dedmon, who has one year left on his deal,  the final was not guaranteed for Jrue Holiday,” Favale stated. (19:45).

Another team that’s been highly speculated as a big possibility for Holiday is the Denver Nuggets. While it is a viable option for him, the question remains as to whether or not they would give up Michael Porter Jr. for him. Favale and Fromel believe that it’s no question they should trade the forward for Holiday.

“He’s not a good play maker and ultimately this is a team that should want to be winning right exactly now. With Jamal Murray on the roster, with Nikola Jokic running the show for so much of the half court experience, Porter is more of a luxury item than a necessity,” Fromel said. (33:00).

While these are just a few takes, find out more of Hardwood Knocks takes, listen to their latest episode and subscribe on your podcast player of choice.