What We Learned From The Giants First Win Of The Season 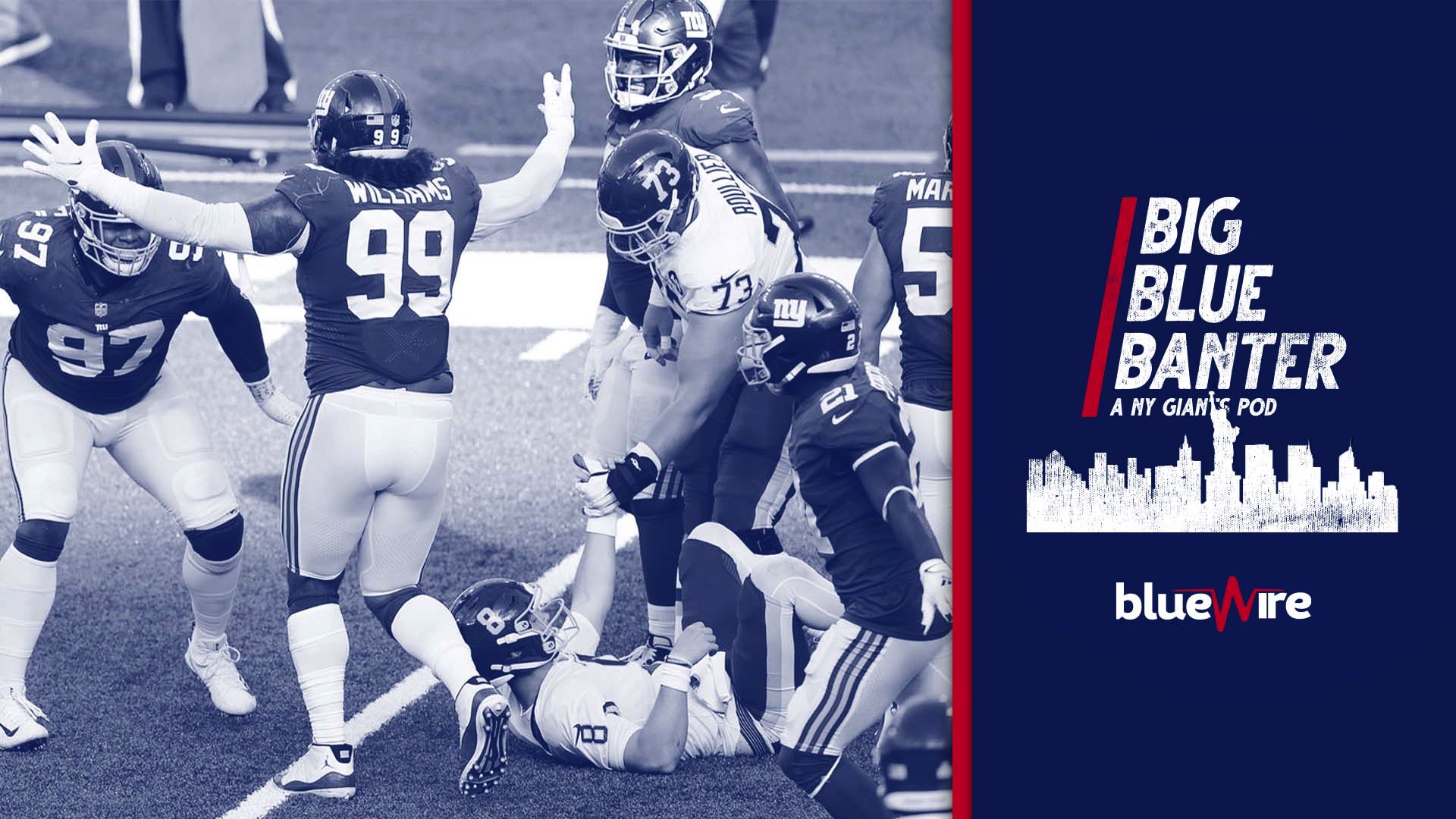 The New York Giants slid past the Washington Football Team 20-19 yesterday at MetLife Stadium. After securing their first win against a division opponent, the Giants are now 1-5 on the season and sit in third place in the NFC East. But what does their first victory in the Joe Judge era tell us about the team?

Nick Falato and Dan Schneier break down the game on the latest episode of Big Blue Banter and discuss what went right for the team…..and what still needs a lot of work.

The first thing the duo points out is how impressive the defense looked against Kyle Allen and his offense. While New York doesn't necessarily have a star-studded attack on the defensive side of the ball, they were able to efficiently shut down the offensive attack and make crucial third-down stops. And that's all thanks to first-year Defensive Coordinator, Patrick Graham who dialed up his play calls for this week's matchup.

"The coaching on the defense is good. I know the Washington Football Team did a better job on time of possession. I know they had almost 100 yards more of total offense," Dan said. "But a lot of that was because [Washington] had 69 plays on offense and the Giants only had 46. So on a per-play basis they weren't necessarily more efficient than the Giants." (3:58).

Although it's evident that New York practically needs a complete overhaul of their roster to really be competitive moving forward, new Offensive Coordinator Jason Garrett isn't helping with any sort of production.

"To me, ultimately, this is a game, like I said, they should have won by more. Why do I not think they won by more? For a multitude of reasons. It starts with the most important for me, and it's Jason Garrett's offense." Dan stated. (9:51).

While his time play-calling in Dallas was riddled with success, ending almost every season near the Top 10 for total offense and yards - the squad argues that it's only because he had Tony Romo lead him to success.

And let's be honest, Daniel Jones is no Romo and doesn't have near enough weapons to find that same production level. So, if the Giants want to continue to find success, it'll be up to Garrett to adjust to his new franchise and what they can and can't do right now.