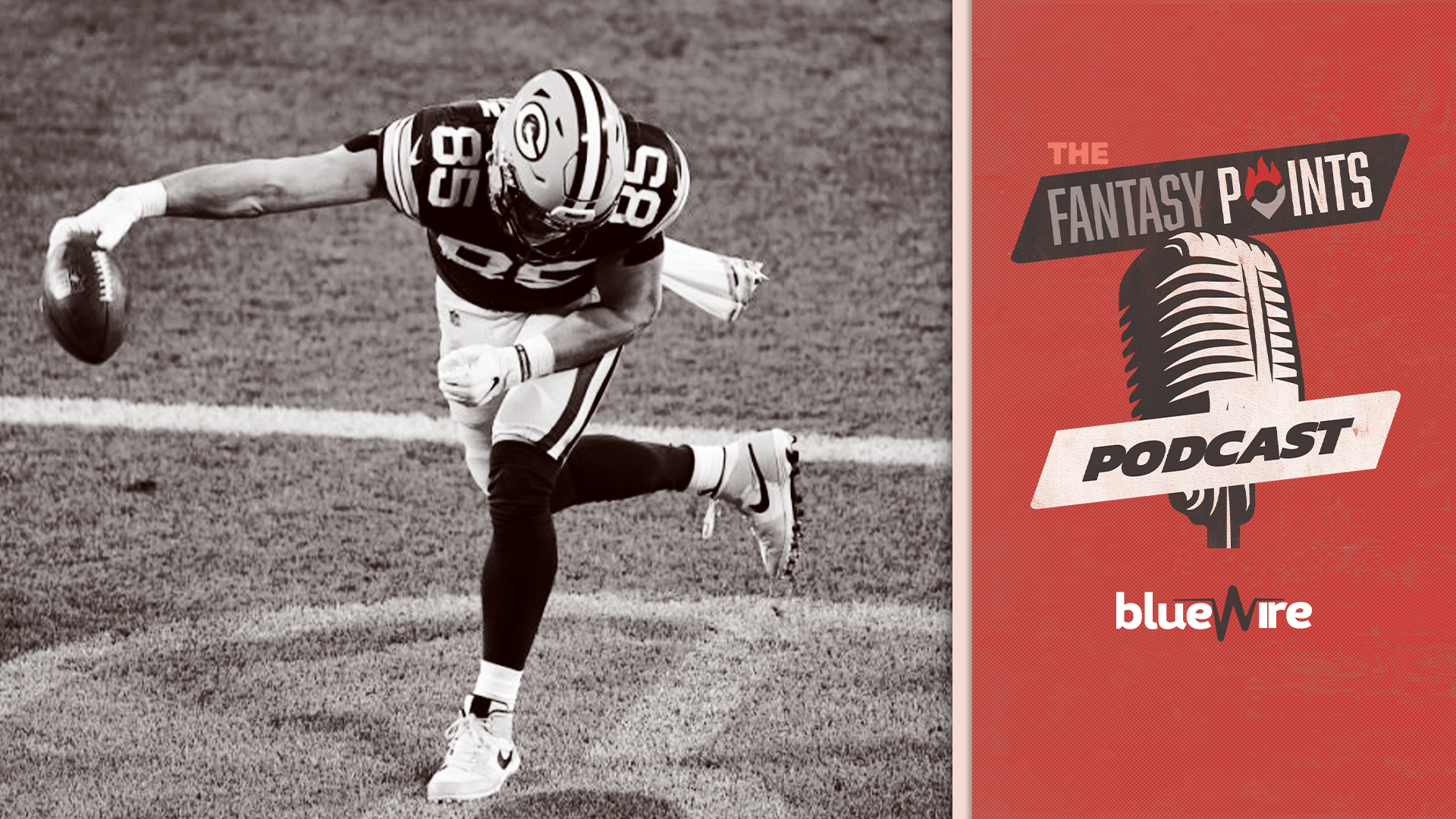 Crazily enough, the NFL now finds itself in week five of the season. For fantasy players, it's been a year full of injuries, and in turn, constant roster turnover, at least in deeper leagues. On the latest episode of The Fantasy Points podcast, host Joe Dolan talked to fantasy analyst Tom Brolley about which players fantasy owners should consider picking up off the waiver wire this week.

At the tight end position, week four saw Green Bay Packers tight end Robert Tonyan have a great game against the Atlanta Falcons, having over 98 receiving yards and hauling in three touchdowns. Brolley believes that with other Packer tight end Allen Lazard out for the next six to eight weeks, Tonyan should have the chance to continue his success.

“Tonyan has been a guy that’s been on a rise here recently you know had 50 yards just two weeks ago and now it’s a full-on breakout here it sounds like him and Rodgers have developed a little bit of a relationship,” Brolley said.

Another tight end that could be worth a roster spot in Pittsburg Steelers standout Eric Ebron, who has a very favorable set of matchups over the next few weeks.

At the quarterback position, one player that has been impressive on his new team is Carolina Panthers gunslinger Teddy Bridgewater. While he may not be a “set it and forget it” type of fantasy player, both Dolan and Brolley agreed he could be useful this week for owners of Packers and Detroit Lions quarterbacks Aaron Rodgers and Matthew Stafford, who both have bye’s this week.

“Teddy Bridgewater has a good matchup just this week against Atlanta,” Dolan said.

For Brolley, Bridgewater’s numbers have merited at least being able to take a flyer on him.

“I was looking at some of his numbers, he’s got a completion percentage up over 70% you know yards per attempt are in the neighborhood of eight yards an attempt,” Brolley said.

For owners looking for a bit more of a permanent solution at QB, Brolley suggested that if available, Los Angeles Chargers rookie Justin Herbert may be a good option.

“We’ll see what Anthony Lynn does here but I can’t imagine that he’s going to go back to Tyrod Taylor,” Brolley said.

“Herbert’s first three games here (are) up over 300 yards,10 yards short this week, 290 against a very good Buccaneers defense (and) threw for three touchdowns.”

While Herbert will have to face a formidable New Orleans Saints team this week, he’ll have a very favorable slate after, with the NewYork Jets, Miami Dolphins, and Jacksonville Jaguars coming up.

For those who are looking for help at the running back position, Brolley pointed out the current running back situation with theChargers

The loss of Austin Ekeler has given both Joshua Kelley and Justin Jackson a bit more opportunities in the backfield. For Brolley however, Jackson has a slight advantage because of his role in the passing game.

“His involvement in the passing game has been a little bit better than I thought you know at least two targets in the last three games here but you know that’s where I think Justin Jackson’s going to be more of a factor here, I think he’s kind of the best option for them.”

For a full breakdown on week four injuries and what other moves owners should make, tune into The Fantasy Points show, available below and on all streaming platforms.