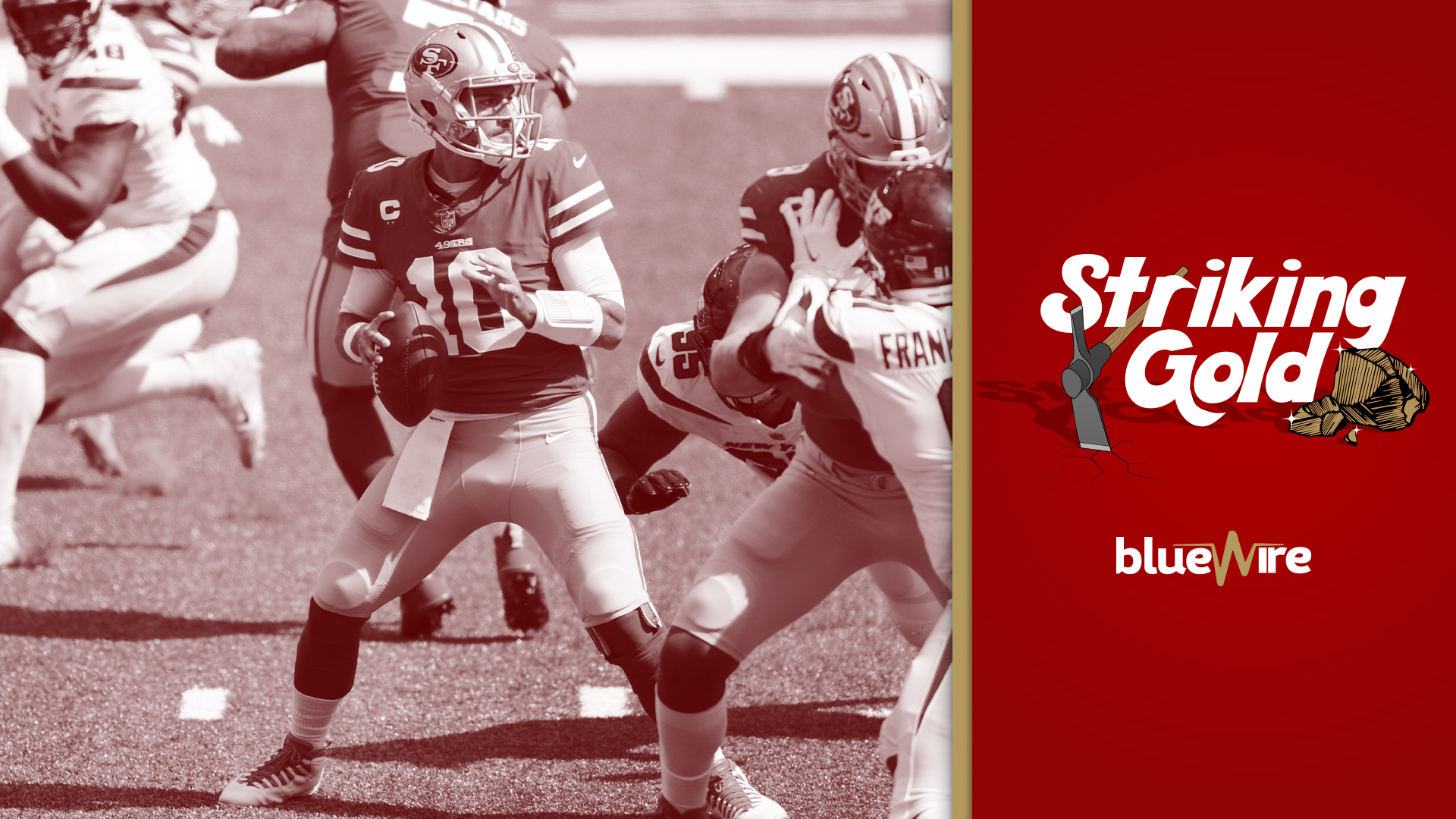 During the team's post-game press conference, head coach Kyle Shanahan mentioned his players could feel a difference in the surface throughout their warm-ups, calling it "sticky" and even "trash." 49ers left tackle Trent Williams later said he believed the turf was close to dangerous.

The problem with new turf, like the one in MetLife, is unlike grass there is no give to the field - meaning when a player plants their foot it's likely to get stuck in the ground, and one wrong move or weight shift could result in severe leg damage. As a surface that's only been played on a handful of times, the field may need some breaking in before cleats getting caught is no longer an issue.

It's easy to see why San Francisco may be a little hesitant to travel back to the same stadium that is likely responsible for the injury of multiple marquee players. Although the NFL Field Operations team has announced they will be investigating the field, the Striking Gold crew discusses possible options for the 49ers on yesterday’s episode.

"I think there's an argument to at least petition the league. I'm sure they're going to say no, but there's obviously dozens of other empty stadiums to play in right now in the New York area." Kevin said. (11:02).

As anxiety continues to envelop the players out of San Fran, it’ll be interesting to see whether they take a stand and insist on an alternative site for Sunday’s matchup. In a time of increasing player power, especially as it relates to their safety, there are multiple options for a team that has fallen victim to poor field conditions.