Should The 49ers Aim To Draft A QB In The First Round To Replace Jimmy G? 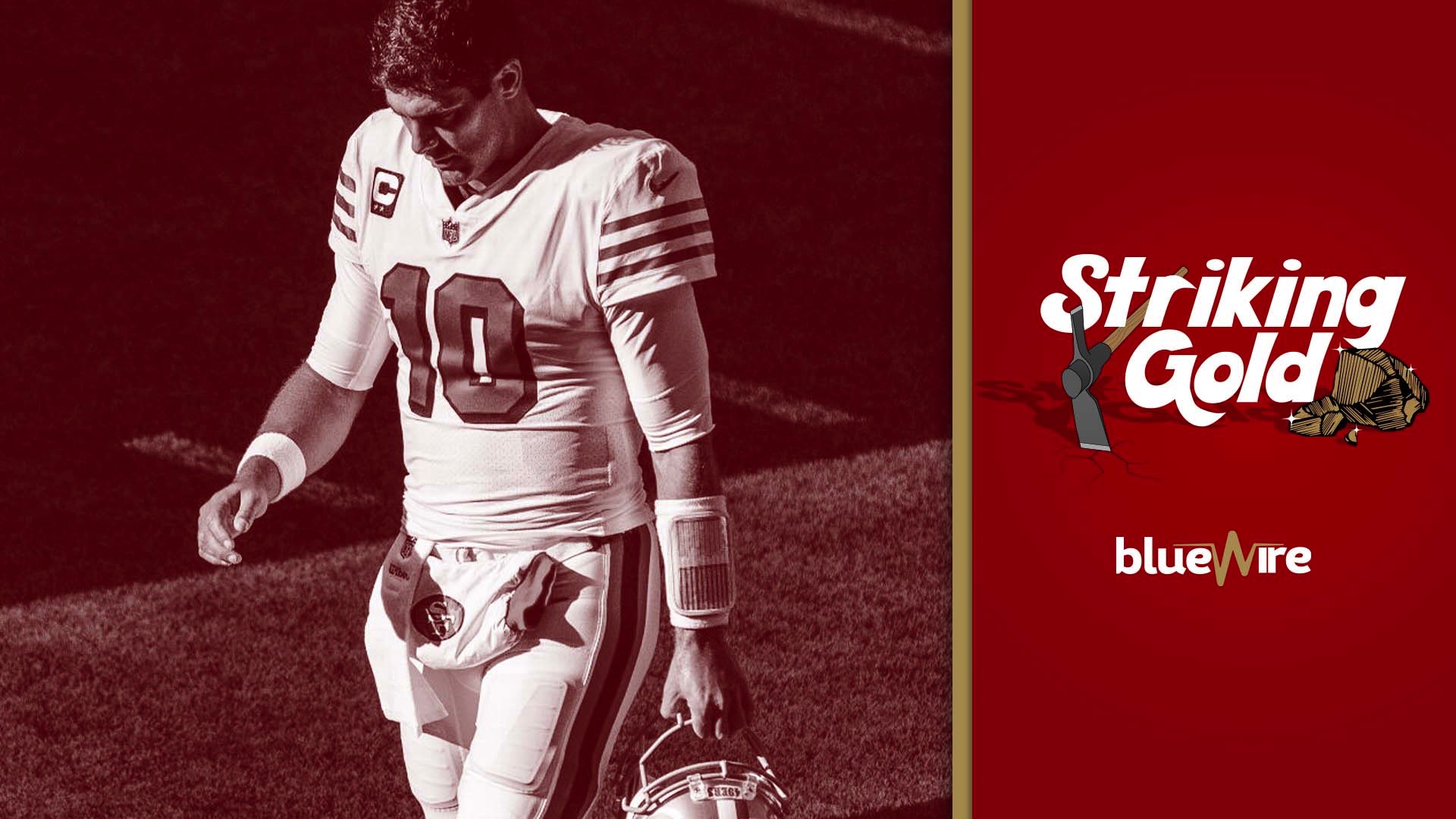 The San Francisco 49ers currently sit in fourth place in the NFC West with a 4-5 record overall and a 1-2 record against their division opponents. For a team that is coming off a SuperBowl year, a .444 win percentage is hardly the number fans want to see. And while there are certainly worse teams in the league right now, this struggling offense has raised questions on whether Jimmy Garoppolo can be the future of this franchise.

The only thing you can depend on Jimmy G for is that he will consistently be hurt. This season has brought out his inaccuracy and lack of reliability in most scenarios. With the NFL Draft looming over everyone's heads, it's time to start thinking about who, if anyone, should replace Jimmy G at quarterback.

On today's edition of Striking Gold, hosts Rob Lowder and Eric Crocker discuss fan questions on their weekly "mailbag" episode. It won't come as a surprise that most people want to know more about the quarterback situation.

Although Wilson would be the likelier pick because of the extreme interest the Jets are rumored to have in Lawrence; the duo seems to believe that nothing is impossible to accomplish depending on what assets the 49ers are willing to release.

"If they know he's not their future, then they're going to need that money to sign guys that are their future," Lowder said. (28:26).

And while Jimmy G has been able to produce in the past, it comes down to whether or not he can be the guy to take an average team to an elite one.

While some may assume that relying on a rookie quarterback will reset any progress a team has made is an entirely false allegation as we've seen prime examples of rookies dominating the field year after year.

Both Lawrence and Wilson have the mechanics to perform well at the professional level and understand the game enough to thrive under Kyle Shanahan's offense.

"You move all the way up for a quarterback that you feel has the ability to take the offense to higher heights, and that's what the 49ers are trying to do or need to do right now," Crocker said. (31:35).

‍
To hear more news and opinions on the San Francisco 49ers, subscribe to Striking Gold on your podcast player of choice.