The Story Behind Raider Cody And His Fan Favorite Podcast 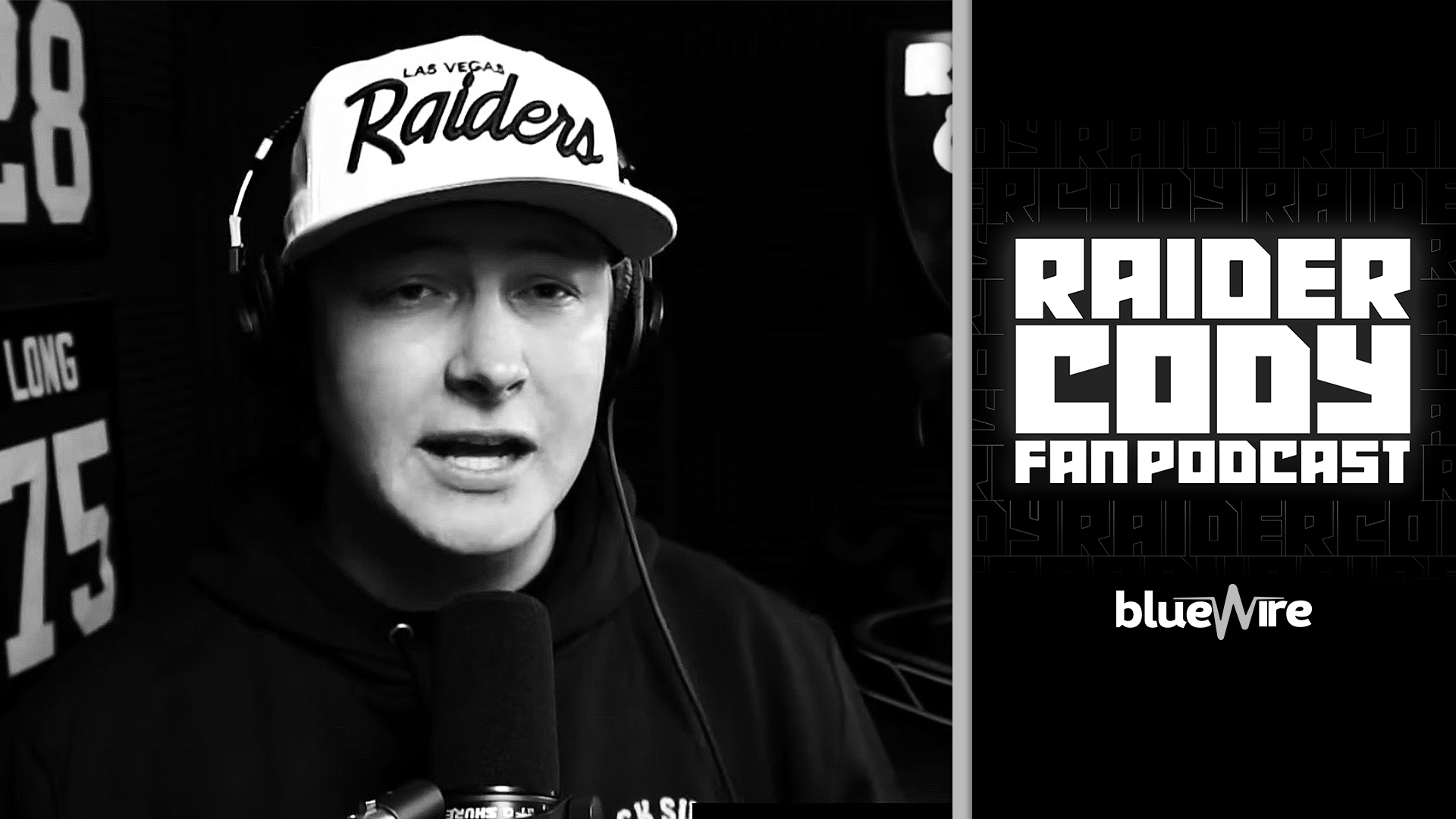 When thinking about the best fans in the NFL, a few teams come to mind. Maybe the loud 12’s of the Seattle Seahawks, the table-smashing Bills Mafia?

Of course, you can’t have a conversation about the NFL’s best supporters without mentioning Raider Nation. From the Black Hole to what we can only hope to see later on in Las Vegas, Raider fans have an unwavering passion for their team. Here at Blue Wire, one of those fans has found his way onto the network, bringing Raider Nation along with him.

Raider Cody hosts the self-titled Raider Cody Fan Podcast, with an emphasis on the “fan” part. Cody’s goal with the show isn’t to break news or give expert analysis, but to have a conversation with Raiders fans, and provide an experience similar to that of a tailgate interaction.

“I think of tailgate talk, my mentality for my show is if I could put down the microphone and not record a single thing, what would we talk about? And I feel like that’s what I try and do on my show”

Cody was brought up wearing the silver and black, saying that his fandom started when his father introduced him to it.

“I didn’t have a choice you know; I was born into it.” Cody said. “My dad at the time, he was a big Los Angeles Raiders fan, he was LA Lakers, LA Dodgers, LA Raiders, I mean all my little kid pictures are me in LA Raiders gear.”

Today, Cody does episodes doing previews, postgame reactions, and has even had guests like Raiders quarterback Derek Carr on the show.

While today you can find Cody’s show simulcast on a multitude of platforms, the podcast started from humble beginnings.

“Starting the podcast was kind of just random, I was never a podcast listener, like I didn’t even know how to listen to a podcast,” Cody said.

After always voicing his opinion on the team, Cody says that he was told by someone on Twitter that he should consider getting into the podcasting world, so he did just that.

Viewers of Cody’s show know that his set up features a lit-up Raiders sign in the background, studio equipment, and framed jerseys of Raider legends, but when the show first started, Cody’s “studio” was very different from what it is now.

“I was sitting in a Burger King parking lot on my $15 dollar Toner Amazon microphone trying to put things out there on my lunch break, you know I drive over there in my truck, sit in the parking lot and just try and bust out a 20-minute episode.”

In the middle of his workday as a conventional machinist, a job he still does today, Cody would record episodes which he published to Soundcloud. As the show grew in popularity, one listener took notice, and thought that Cody should take the next big step in the podcasting game.

“It was actually with Fallon Smith, shoutout to Fallon Smith and the Keeping It 300 podcast, she came on my podcast at one time and I think it kind of opened the door for us to kind of get to know each other.”

Host of the Keeping It 300 podcast here on Blue Wire, Smith was impressed with the show, and pitched it to Blue Wire CEO Kevin Jones. From there, the three got together and started talking about the potential of Cody’s podcast.

“At that time, I was a small timer man, and I was amateur, I wasn’t doing anything, I was in it just for fun... they showed that ‘hey this is important to us, it should be important to you, now let’s team up and make it crazy,’ and that’s all credit to Fallon Smith.”

Today, Cody has over 11,000 You Tube subscribers and over 18,500 Twitter followers. Cody says he’s been happy with the growth and being able to find time to produce content, and that one of his inspirations to continue that, has been seeing the success of Blue Wire as a whole.

“Blue Wire has just been low key such an inspiration behind what we’re doing,” Cody said. “To see them grab Pepsi, to see them grab Chevrolet, NFL Sunday Ticket, Indeed, Door Dash, you’re getting all these big brands coming in and investing into this network. Just to feel like you’re a small piece of that goes a long way.”

Above all, Cody says that being successful while also finding joy in what he’s doing is the best feeling.

“I guess that satisfaction of feeling good about the product and just having fun doing it is what I feel the best about.”

You can listen to the Raider Cody Fan Podcast below and on your favorite streaming platform, and be sure to subscribe to Cody's You Tube page here. Also be sure to follow him on Twitter @RaiderCody.