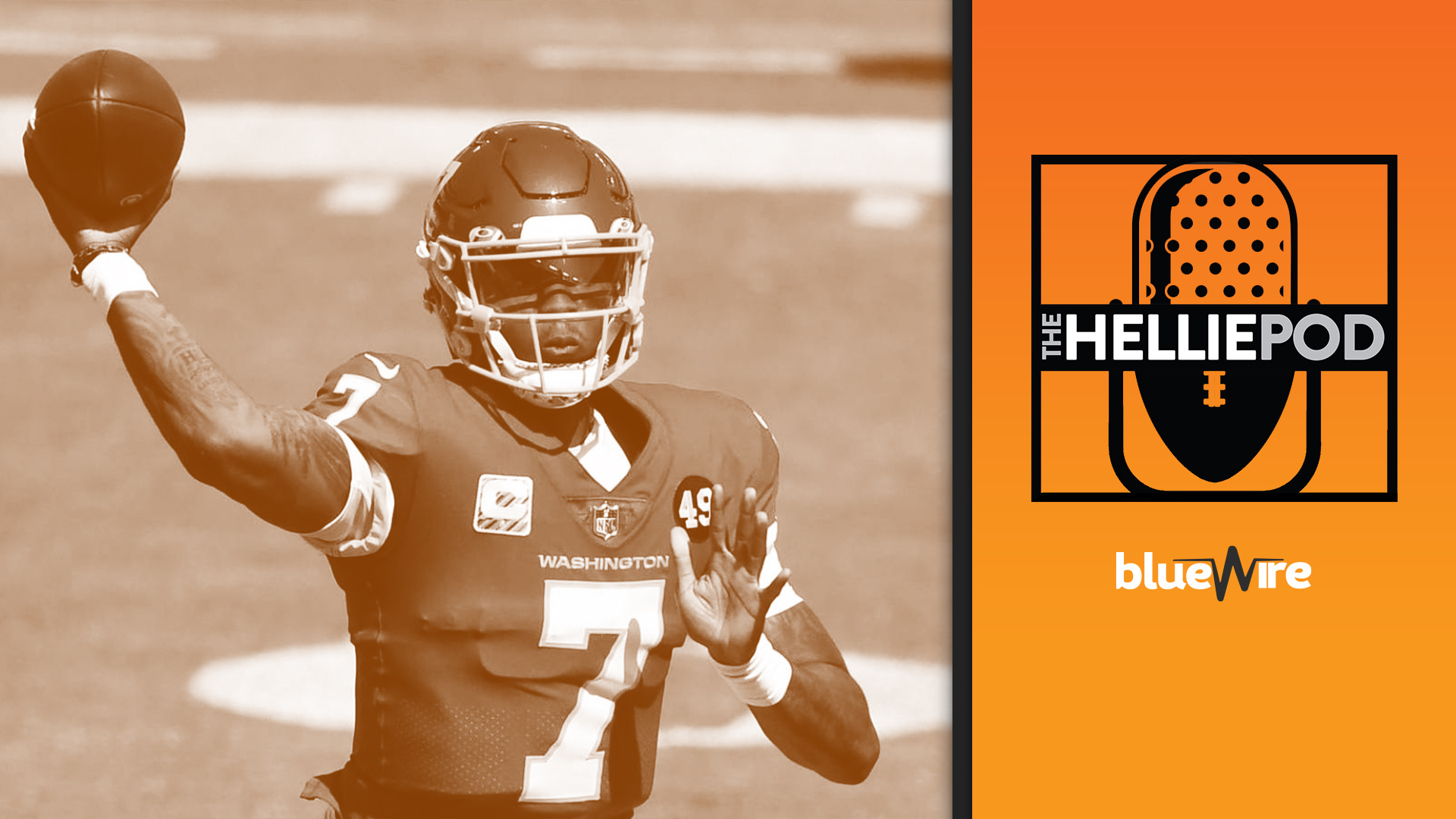 Despite his struggle so far this season, many were surprised to see the Washington Football Team make the decision to bench quarterback Dwayne Haskins.

Among those who were surprised, former star running back and co-host of The Helliepod with Dan Hellie, Maurice Jones-Drew voiced his displeasure for the move on the show.

“I’m really disgusted with the Washington Football Team, like you have a young quarterback, you see his promise, you know he can make plays, but you give him four games? With no weapons?” Jones-Drew said.

Through four games, Washington has the 30th ranked offense in the NFL, averaging just under 20 points a game. Haskins has averaged about 235 passing yards a game and has thrown for four touchdowns and three interceptions. Washington currently sits at second place in the NFC East behind the Philadelphia Eagles.

Hellie brought up some of the reasons head coach Ron Rivera and the organization may have made their decision.

“Alright so clearly Ron Rivera, Scott Turner, that coaching staff in Washington feels like they have a chance to win the NFC East, they have a defense that’s good enough, they feel like they have enough pieces on offense, and the quarterback is the problem,” Hellie said.

Jones-Drew felt that the benching was a mistake, and that by doing so, Washington has essentially pulled the plug on Haskins, and in turn, hit the reset button for their team.

“You don’t comeback from this, so you either have to trade him, or release him by the end of the year. That’s the decision you make in week four and the problem that we have here, is that let’s say you do win the division, now you’re picking in the 20’s, who are you going to get that’s going to impact your team in that way?” Jones-Drew said.

Hellie mentioned that he feels there is one other thing hurtingHaskins’ case right now, the fact that other young quarterbacks have had some success this year.

“I think one of the things that has not helped him is JustinHerbert in LA, is Joe Burrow in Cincinnati, other young quarterbacks who didn’t have an offseason and a new system are playing well,” Hellie said.

While both Burrow and Herbert have been able to produce,Jones-Drew did point out one important reason why that is.

“I’m glad you said that, because Justin Herbert has KeenanAllen, he has Hunter Henry, he had two running backs that were toting that rock and on top of that, they didn’t ask him to throw the ball a ton. Yes he threw it in his last game but the Chargers are a run first team. Then we go to Cincinnati, to Joe Burrow, A.J Green, who’s not playing the best right now but you still have A.J Green, Tyler Boyd, Joe Mixon...they put weapons around them, like you have to put weapons around your quarterback in order to succeed,” Jones-Drew said.

To hear all about what both Jones-Drew and Hellie thought about the move, listen to The Helliepod, available below and on your favorite steaming platform.