Light Years On How The Warriors Could Get Giannis Antetokounmpo 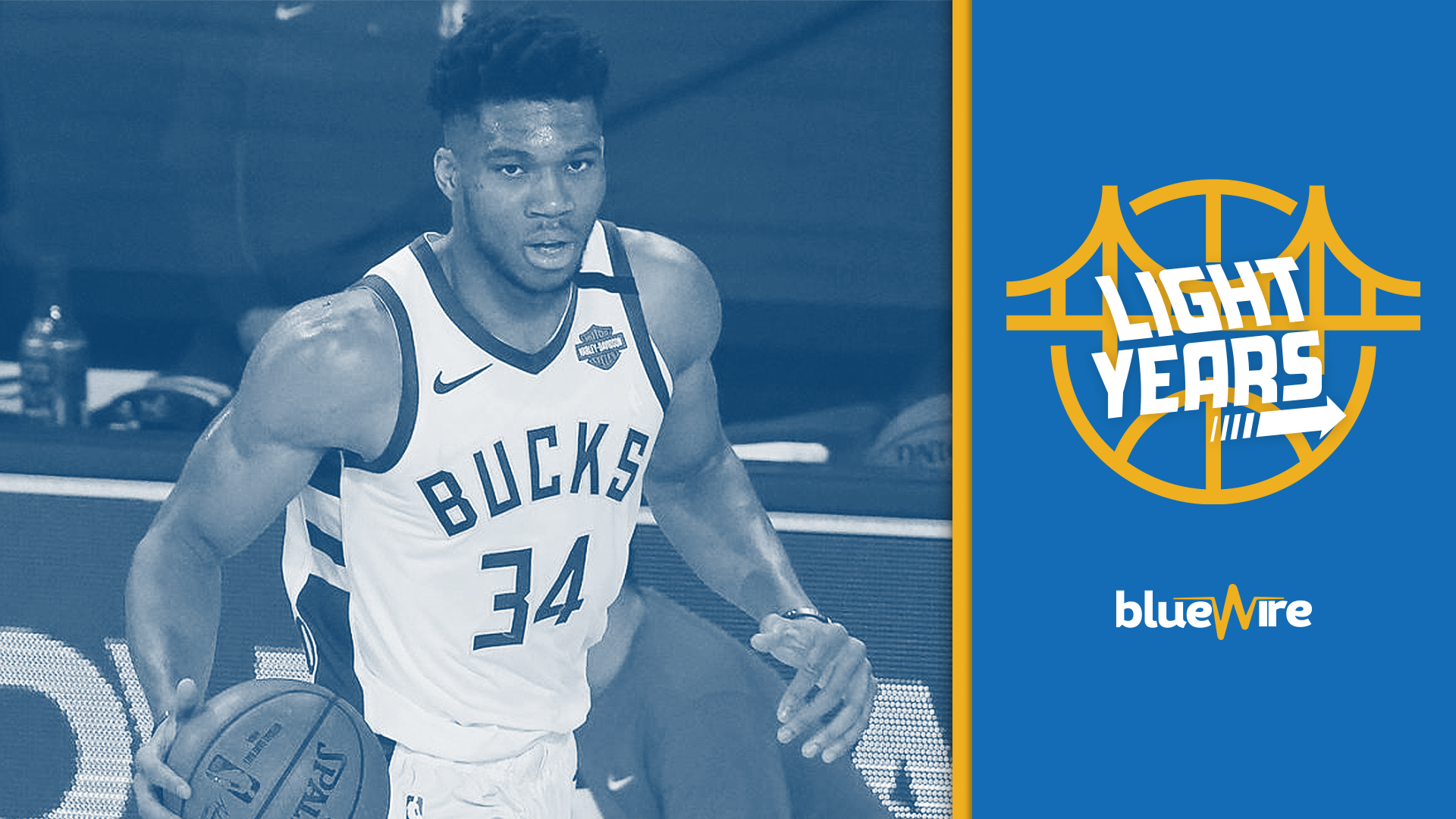 With the NBA season coming up rapidly, many teams are looking at ways to get better, or potentially even planning on how they can be successful in future seasons as well.

One team that almost certainly fits both categories is the Golden State Warriors.

With a talented roster as set, along with future draft capital to work with, Golden State will likely want to evaluate all their options when it comes to how to set themselves up for success.

On the Light Years podcast with Andy Liu and Saam Esfandiari, the guys talked about how the Warriors could potentially be looking at current Milwaukee Bucks star Giannis Antetokounmpo as a potential future piece on their team.

The two discussed how that could come to fruition. During a recent Bucks media session, Giannis deflected questions about a potential extension with Milwaukee, increasing speculation that he may be on his way out.

“Do you think the Bucks are not offering him the max?” Esfandiari said. “You know like, I mean it seems to me he might want to play it out, and it seems to me like it’s a red flag (for Milwaukee).”

Antetokounmpo has until Dec 21 to agree to an extension with the Bucks. However, if nothing gets done, the Greek freak will become a free agent next summer.

On the show, the guys discussed the potential ways theWarriors can land Antetokounmpo, and what would need to happen for him to want to be there too.

Liu believes that quality play early on from the Warriors rookie center James Wiseman would be something that could help bring Antetokounmpoto to Golden State.

Expecting Wiseman to play at a high-level early on may be a bit much to ask, but should he exceed expectations, he would become a valuable trade asset, along with draft capital, that the Bucks might want in return for giving up a player like Antetokounmpo.

Another factor on if Antetokounmpo can come to Golden State would be if he even wanted to be with the Warriors at all. For Esfandiari, he believes that one of the biggest factors on his desire to be a Warrior would be based on the play of star guard Steph Curry this season.

“Everything goes back to Steph basically being healthy and kind of reminding people ‘hey guys last year was just a freak injury, I’m still that guy’ and the Warriors are still the Warriors,” Esfandiari said.

Esfandiari also mentioned the control that Antetokounmpo has over the whole situation. He also compared his situation to Lakers star Anthony Davis back when he made his way to Los Angeles.

To hear the guys full thoughts on the potential move, along with other thoughts on the Warriors, tune into the latest episode of the Light Years podcast, available below and on your favorite streaming platform.