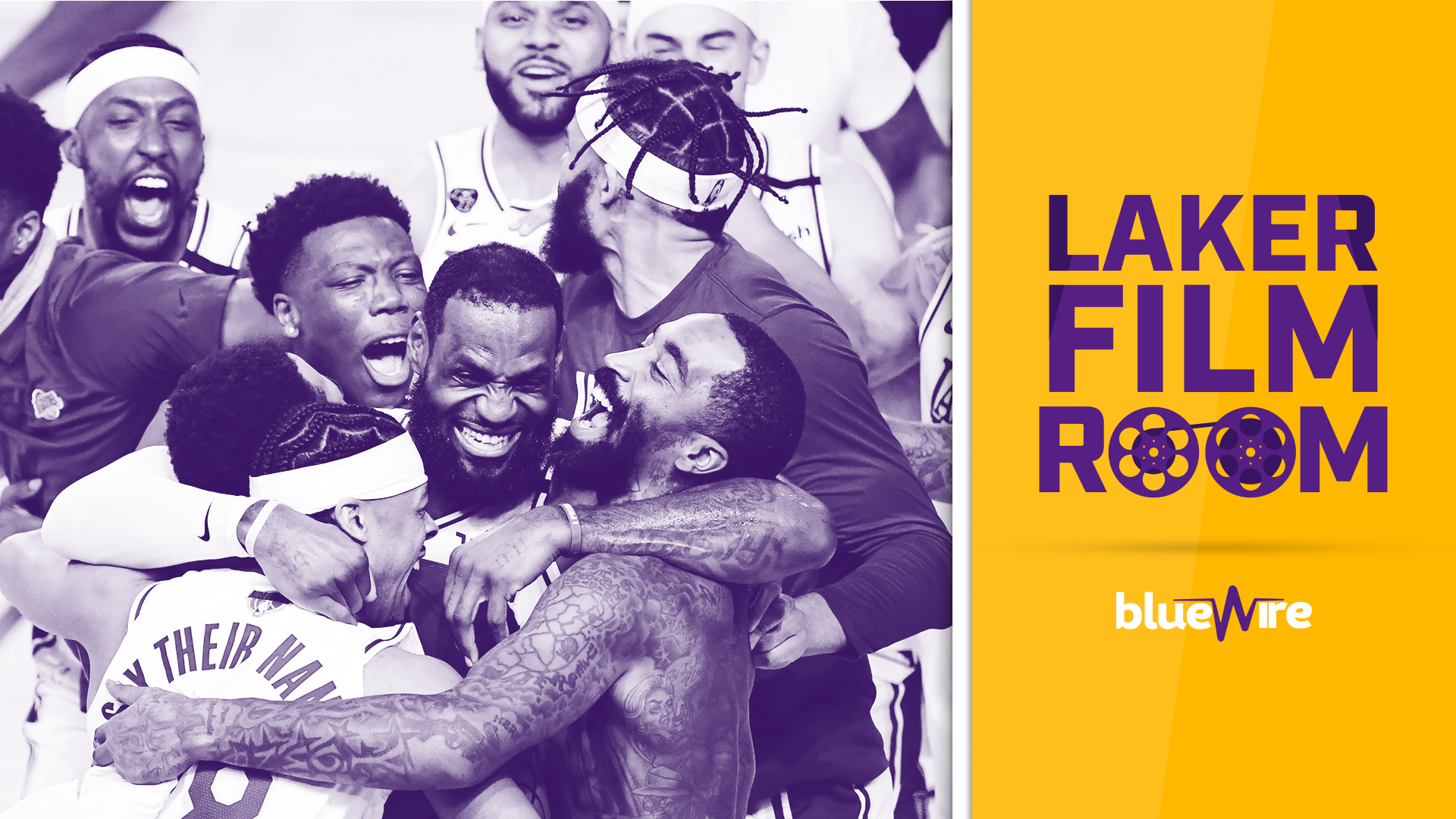 Laker Film Room's latest episode feature's hosts Pete Zayas and Darius Soriano, celebrating their team's 17th NBA Championship in franchise history. They break down L.A.'s game plan in Game 6, the leadership that got them to the finals, and of course, the driving force behind the title: LeBron James.

This is clearly not LeBron's first appearance on the big stage as he secured his fourth ring with his third team in Sunday's final. His veterancy was evident throughout the series as he averaged a dominant 29.8 points with 11.8 rebounds and 8.5 assists. After leading the team in all of those categories, he took home the crown of Finals MVP for the fourth time in his tenure - joining the likes of Michael Jordan as one of two players to do so.

Although LeBron continues to re-write the record books and surpass legends in almost every category, many still believe that he pales in comparison to the superstars that played before him.

While the duo doesn't discredit any of the renowned players' accomplishments, they make an argument as to why LeBron deserves the title as the Greatest Of All Time, once and for all.

Their reasoning stems from the longevity and experience the 35-year-old has in the NBA. He's played in a total of 10 championship series games in his 17-year run in the league, including eight consecutive appearances.

"There's nobody that's been a number 1 option, on a finals NBA Championship contender [level] for as long as Lebron James has been," Zayas said. (1:01:55).

As a player that came onto a team who, at the time, only had 35 wins under their belt, he quickly became the focal point of that roster. Not just because of the name he carries, but because of the experience and caliber of confidence that comes with it.

"He just has all of this built up basketball wisdom, and there's a steadiness and a calmness that I think players derive from him because of that," Soriano stated. "They know they've got this sounding board, and this person who can call on memory, all of this basketball experience and high-level finals experience to be their guidepost through all of this." (1:04:43).

His understanding of the game and his ability to inspire the team around him by deploying his experience is what ranks him among the greatest to play the game. He's the center of every system not only because of his skill but his confidence in his own capabilities.

LeBron isn't the G.O.A.T solely because of his talent, but because of the unprecedented level of familiarity he has with the game of basketball.