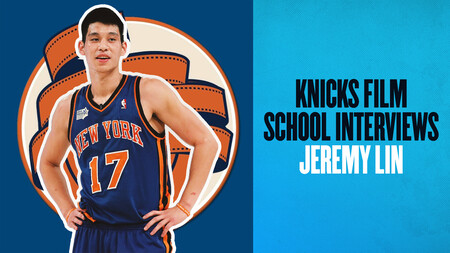 As far as memorable Knicks moments go, few had such a meteoric and unique rise as Linsanity did, from starting as a local story to a full-fledged cultural phenomenon seemingly overnight.

“Linsanity was the perfect storm of so many things coming together,” Lin says. “That’s why the story means something different to each person that you ask.”

The episode goes into detail on basketball scouts’ perception of Lin as an Asian-American prospect, how a combination of the Knicks’ terrible play and random chance lead to him captaining their unexpected resurgence, the battles against prime Deron Williams and Kobe Bryant, and ultimately what Linsanity means to Knicks fans all these years later.

When the MSG Network debuted “Linsanity Week,” a showcase of games and interviews from the height of Lin’s memorable 2012 run, he recalls “The fact that Knicks fans hold that memory so near and dear to their heart really hit home. They still have my back.”

The Knicks Film School podcast is published multiple times a week and not only features near daily analysis on New York’s favorite basketball team, but also celebrates the icons that resonate years after they stop playing, like Jeremy Lin. HBO’s “38 At The Garden” premieres on October 11th.

Subscribe to the show here for more incredible analysis and interviews.