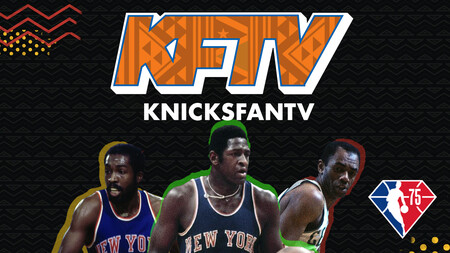 Casey Powell, host and founder of Blue Wire's Knicks Fan TV, collaborated with the NBA for Black History Month, paying homage to three of the NBA’s 75th Anniversary Team players who graduated from a Historically Black College and University.

“It’s an amazing collaboration to be able to do that with the NBA,” says Casey, explaining the importance of these schools and emphasizing that there are options outside of the larger schools for prospective athletes.

“It’s not only the big schools and the top schools where you can get exposure and potentially make it to the NBA. There are also smaller schools and HBCUs that you can attend where you have players who have made it in the top 75 of all time. Influencers who use their platform to shed light on these colleges and universities…it goes to the schools, and it is a very rewarding experience.”

An HBCU graduate himself from Hampton University, Casey has been covering the Knicks since 2018, creating a platform for fans to stay informed and have their opinions heard through their post-show recordings and live streams. Two of the three players featured in the video - Willis Reed & Earl Monroe - played for the franchise during their NBA careers.

“We have really brought the fans together in a way that traditional media hasn’t,” he shares. “We interact with the fans - we take phone calls, polls, reactions from Twitter and other social media sites. So, it is very interactive. We're bringing people together from all around the world and bringing them closer to the team."

Looking to the future and past Black History Month, the host sees the Knicks Fan TV townhalls as one avenue to continue driving changes in the league, where players and hosts can interact through interviews and Q&As with student athletes. Additionally, promotion from alumni and further marketing of these schools are other routes than could be taken.

Either way, Casey has proven his self-acclaimed title of NBA Media Game Changer to be true, using his platform to not only pay homage to three iconic players but to highlight resources that are out there for aspiring athletes.