Is It Time To Admit Andrew Thomas Is A Bust? 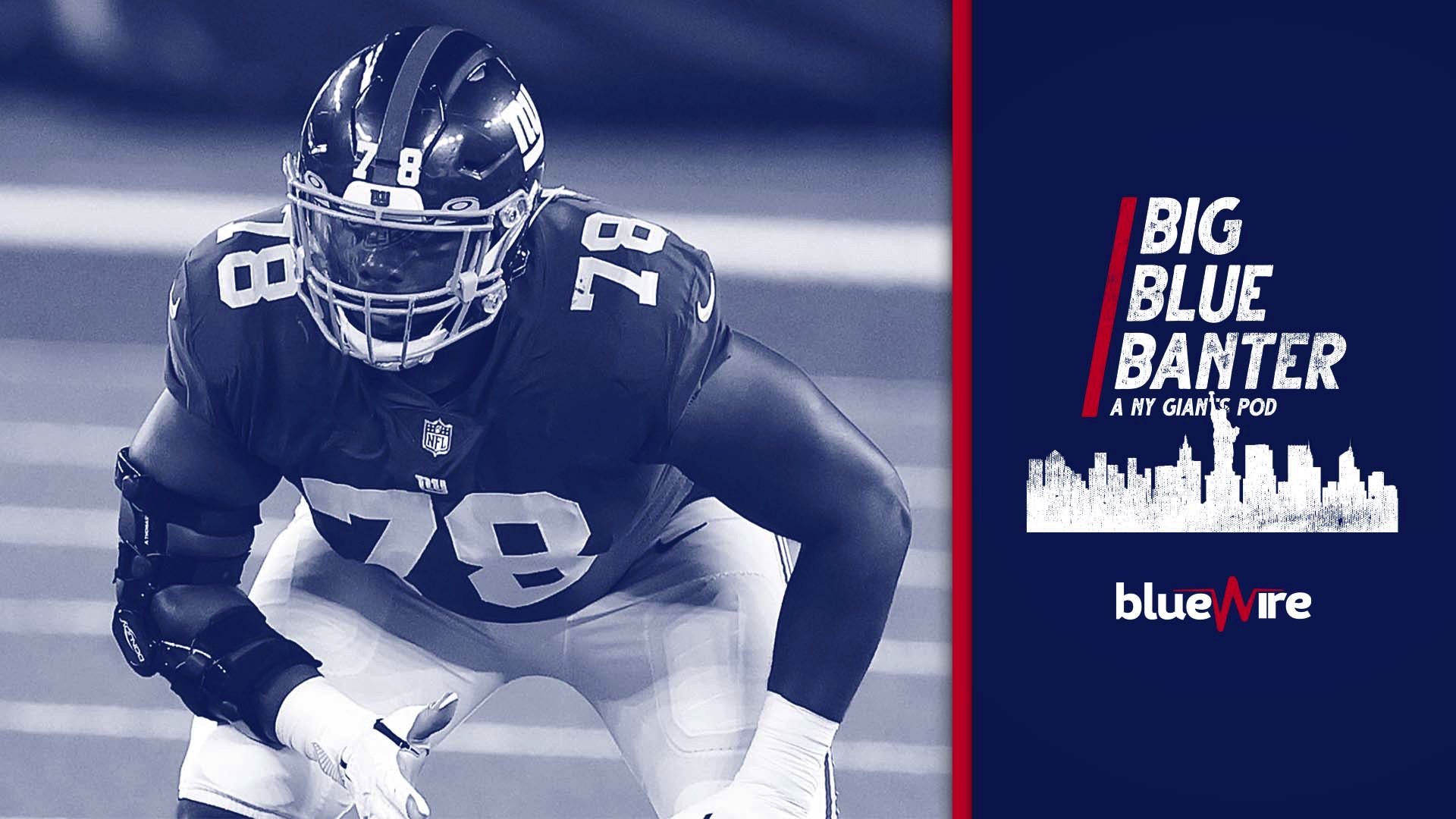 The New York Giants fall to 1-6 on the season after an unfortunate collapse in last night’s game against conference opponent, the Philadelphia Eagles. Giant’s fans have slowly watched their team turn into a nightmare in the worst division in the NFL.

Frustration kicks in for the boys of Big Blue Banter, who break down the problems with New York’s game and what led to the 22-21 loss yesterday. The OBVIOUS downfall of the team was tight end Evan Engram’s key drop late in the fourth quarter. The Giants were then forced to punt the ball away, leading to a Philadelphia touchdown with 40 seconds left in the game.

However, this loss may be the ultimate testament to David Gettleman and his inability to draft players with any sense of athleticism - aka Andrew Thomas. The rookie left tackle has been nothing short of unimpressive throughout the season, and although the argument can be made he’s only seven games in, that’s practically half a season and nothing to show for it.

As an offensive unit that was drafted fourth overall, it’s no wonder why Dan Schneier and Nick Falato expect more production out of the tackle that was supposed to be the most “athletic” in his draft class.

Against the Eagles, Thomas had a 43.8 percent pass block, which is well below the league average of 87 percent. Which raises the question, does he even deserve to remain as the starter at the position?

Time and time again, he continues to get beat on the inside, and according to Dan, it’s because “He literally does not have that lower body athleticism and fluidity…. to recover” (13:23).

While it may have been a good thought on Gettleman to draft a tackle from an impressive 2019 LSU team, he has yet to produce anything for a struggling O-line and could even be wrapped up as the weak link of an already fragile offense.