Is It Time The Vikings Move On From Kirk Cousins? 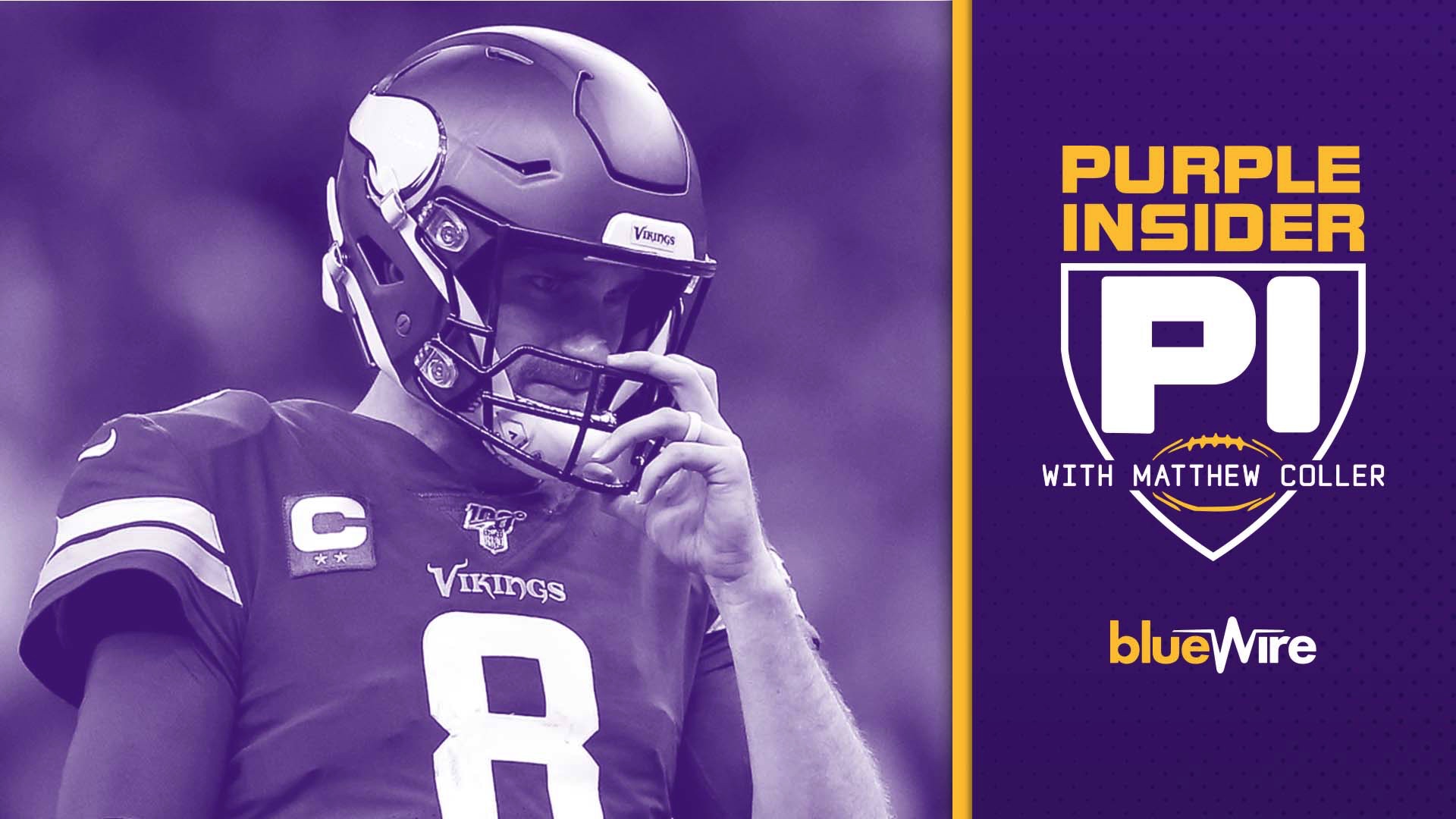 The Minnesota Vikings are off to a rough start this season as their current record of 1-4 sets them in last place in the NFC North. While there have been improvements since Week 1, many fans are starting to become skeptical of Kirk Cousins and whether or not it's time to move from the veteran quarterback.

Earlier this year, the franchised tagged QB signed a two-year contract extension with the Vikings good for $66 million. At the time, this seemed like a smart move for a team whose quarterback just ended his season with 3,603 yards, 26 touchdowns, and six interceptions. Not to mention they also made it to the NFC Divisional but ended up losing to conference champions, the San Francisco 49ers.

On today's episode of Purple Insider, host Matthew Coller is joined by The Athletic's own Jon Krawczynski to discuss this franchise's future and who might be in their last season with the team.

The duo argues that although they may be doing bad right now, how they end their season will ultimately decide Cousins' fate.

Suppose Minnesota was to finish with just a couple of wins, which puts them in prime positioning to get a good pick in the 2021 NFL Draft. However, if they were to go 8-8 or 7-9 and get the 18th or 19th spot, they may play it safe and draft a target for Cousins instead of a replacement.

"That puts you in a spot to get a quarterback that turns out to be a bust, which is the mid to late first round," Coller said. "The history of anywhere picking from 15-30 with first-round quarterbacks, not particularly great." (6:18).

For a regime that is hesitant when it comes to a complete rebuild, it may be out of the question to assume they would take a risk, draft a young guy, and hope he turns into the next Lamar Jackson.

So, all in all, if you're a Vikings fan that wants a new quarterback, it may be best to root against your team in the coming weeks.