Is It Time For The Lions To Ditch Matthew Stafford? 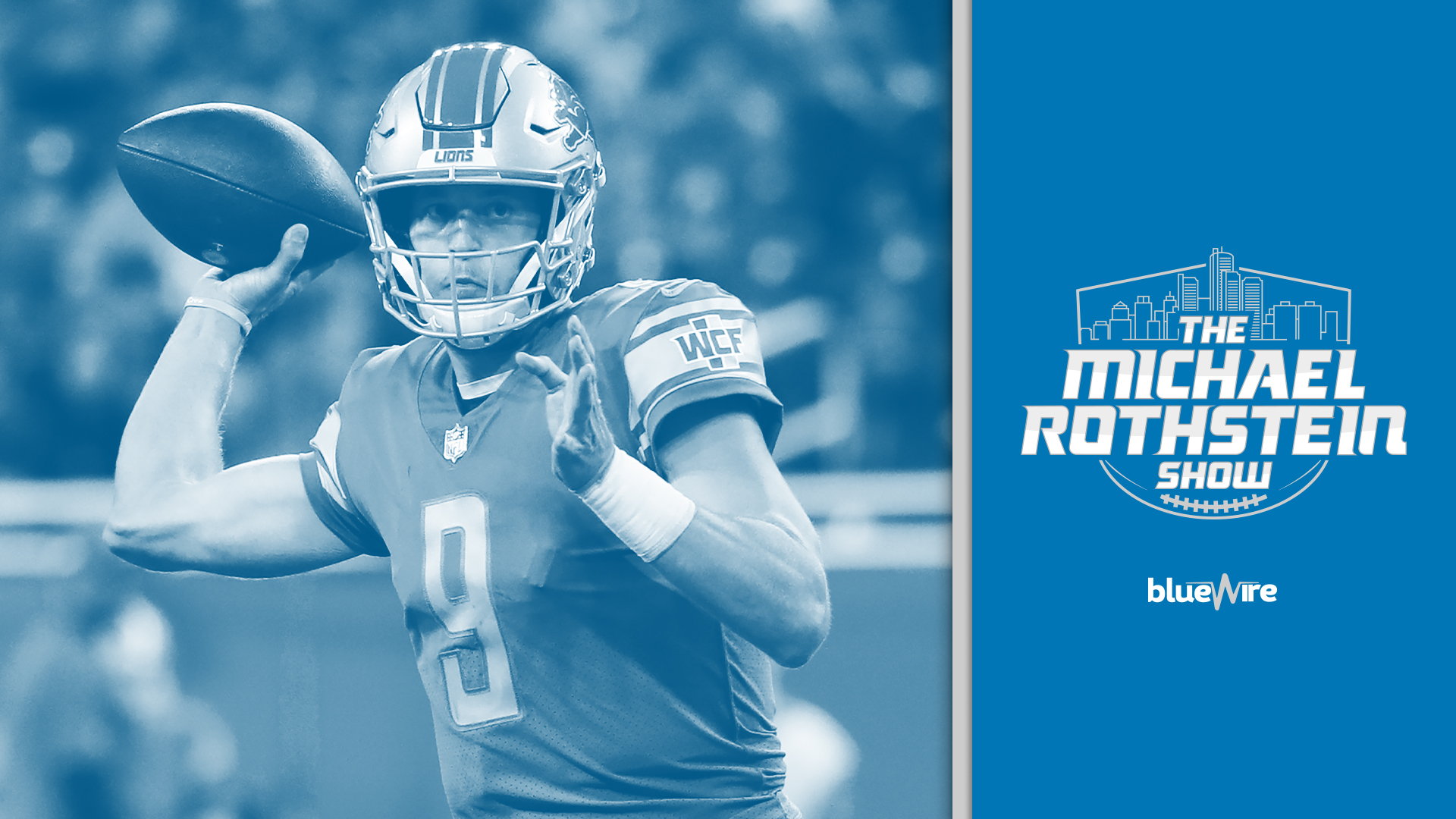 After a less than impressive start to the season for Matthew Stafford and the Detroit Lions, it may be time to raise the question of whether or not the QB's reign should come to an end.

On the latest episode of The Michael Rothstein Show, he looks into the possibility of a complete rebuild for the Lions following the 2021 season - which may come sooner rather than later for a franchise that currently has a .250 win percentage.

While Stafford has been a staple to the offense since being chosen as the first pick in the 2009 NFL Draft, the 32-year-old has visibly started to lose a little bit of steam.

"I'm not sure what's going on with Matthew Stafford, but he hasn't looked like the quarterback he did last year. That much is entirely clear." Rothstein said. (9:30).

The Michigan-based team is now 1-3 on the season and ranks last in the NFC North standings. After Sunday's 35-29 loss to the Saints, fans are starting to question whether it's time for Detroit to move on.

Stafford's game has been riddled with inaccuracy and incomplete passes, completing under 60% of his throws in two out of the last four weeks. Even against a Saints defense who was down their two best corners last week, he couldn't find any of his receivers to complete crucial passes downfield.

For a Lions team that's looking into a complete overhaul of staff, a new regime may find it beneficial to trade the veteran quarterback for younger, cheaper, assets.

"Matthew Stafford is going to be the biggest storylines I think the rest of this season and probably into the offseason depending what happens with his head coach and his general manager," Rothstein stated. (13:05).

Although it may also come down to this year's draft and who's left on the board when Detroit takes the clock. If young stars like Trevor Lawrence or Justin Fields are eligible for selection, it may be beneficial to keep Stafford through his 2023 contract and use him as a mentor for their rookie - much like the Giants did with Eli Manning and Daniel Jones.

While the team doesn't seem to have answers about ANYTHING at the moment, one thing is clear: they need a new game, and they need it fast.