How To Replace Your Injured Fantasy Running Backs This Week 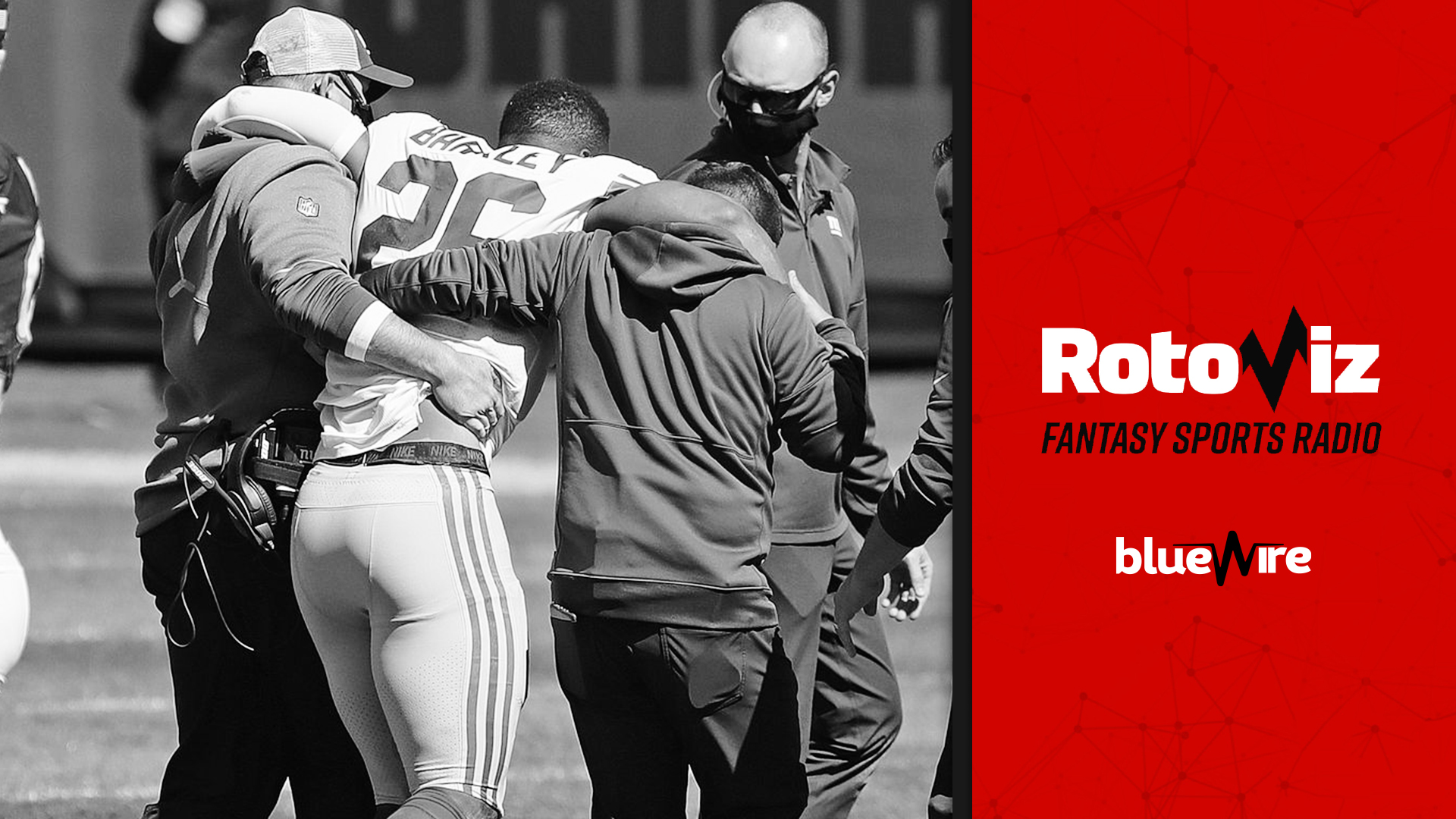 In one of the most unfortunate days in recent NFL memory, last Sunday saw several star players get injured, including Carolina Panthers running back Christian McCaffrey and New York Giants running back Saquon Barkley. San Francisco 49ers running back Raheem Mostert was another key back lost on Sunday to injury.

For fantasy owners of those respective players, they’re now left scrambling to find someone who can fill in one of the spots they rely on most for points.

In Monday’s episode of Rotoviz Fantasy Sports Radio, hosted by Rotoviz senior fantasy analyst Dave Caban and Editor in chief of Fantasy Labs Matthew Freedman, the guys talked about what backups can be picked up off the waiver wire to replace these star backs.

If you find yourself having to throw Barkley in your IR slot, his potential replacement might be found in a Chargers uniform.

“If you’re looking for a guy that can contribute to your team for the full season, then I think it’s Joshua Kelley, I think I can see him sustaining the role that we’ve started to see the entire season,” Caban said.

Through two games so far this season Kelley has rushed for 124 yards with a touchdown back in week one. He also caught two passes in week two against Kansas City for 49 yards. Following the departure of former Charger Melvin Gordon III this past offseason, Kelley should be getting a lot more reps this season.

If Kelley isn’t available, Freedman discussed another option who also happens to play his home games at Sofi Stadium.

“I would go I think with Darryl Henderson, because I thought he looked pretty decent, I still don’t have a lot of faith in Malcolm Brown, and Cam Akers suffered an injury, you know we don’t really know what’s going on with that, but I think Henderson might have a shot and if he takes that job, I think he could have it for the entire season, and it’s a good offense,” Freedman said.

Henderson had an impressive outing last week against Philadelphia in week two, rushing for 81 yards with a touchdown. With Akers and Brown both hurt, Henderson could be seeing an increase in reps as well, and if he can perform like he did against the Eagles, he could be a sleeper pick in certain leagues.

For more fantasy analysis and to listen the latest episode, go check out the Rotoviz Radio podcast, available below and on your favorite streaming platform.