How Does LeBron's Latest Title Rank Among The Others? 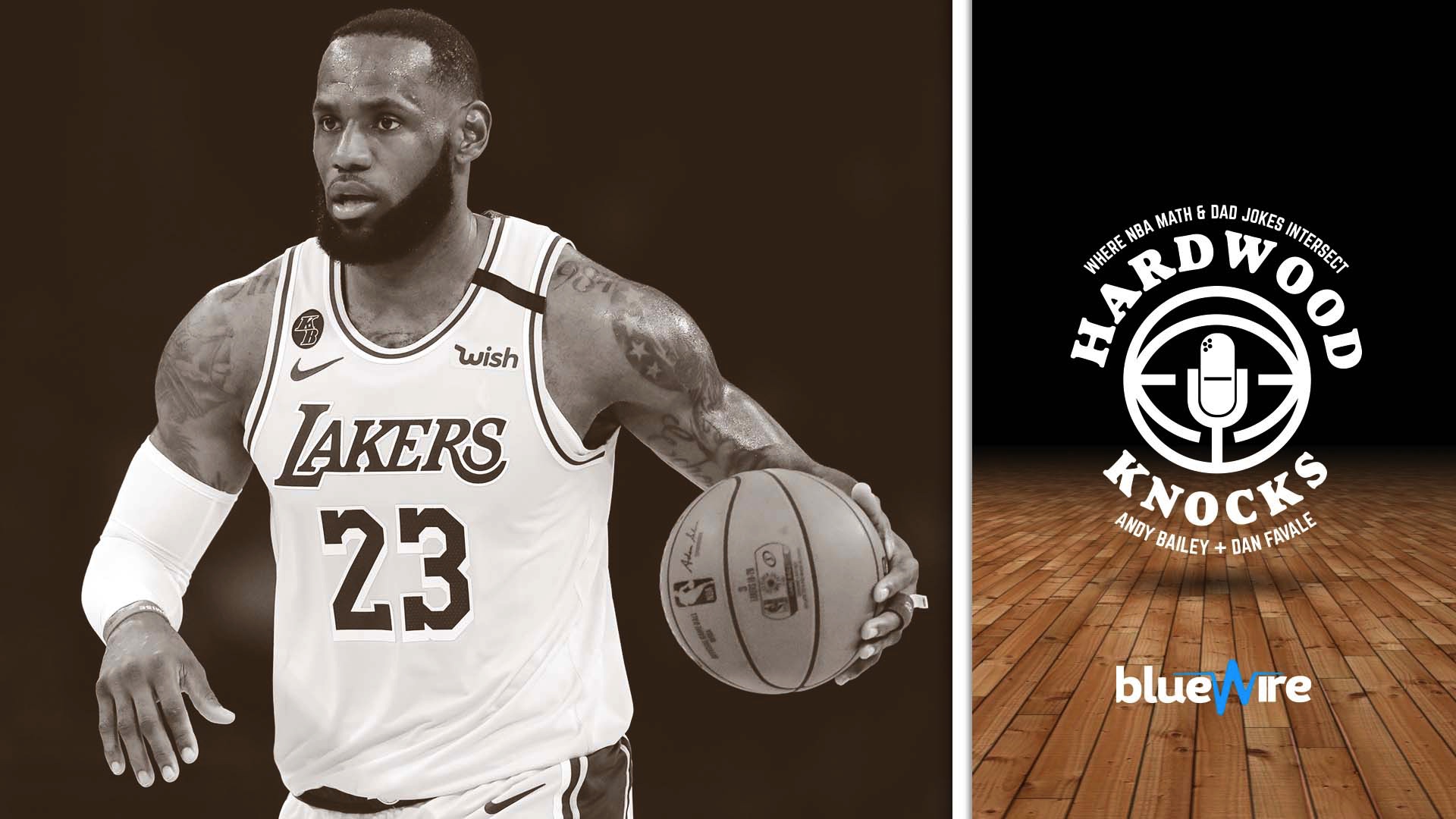 LeBron James has just secured yet another title for his team in an epic showdown among league MVP's - but how does it compare to his other championships?

On today's Hardwood Knocks episode, Dan Favale and Adam Fromel assess all four of LeBron James' championship titles and rank each ring based on importance.

Although he continued to make history throughout the most recent series while operating under unprecedented circumstances, the duo believes it's the least important of all his Finals victories. Yes, this title allows him to make a push for Michael Jordan's historic six ring career, but it pales in comparison to the other three titles he's been fortunate enough to secure.

Coming in at the first-place spot, according to Favale and Fromel, is his 2016 run with the Cleveland Cavaliers in which they came back from a 3-1 deficit to defeat the Golden State Warriors. Not only did he beat a team that had the greatest regular-season record in league history, with 73, but he also ended a 52-year championship drought for his hometown team. Even in his emotional post-game interview with ESPN's Doris Burke, he screamed, "Cleveland, this is for you!" so it's not hard to see why this win takes the crown of importance.

Ranking second is his first-ever title in 2012 with the Miami Heat. After nearly ten years in the league without a ring, he finally got it done in a five-game series against the Oklahoma City Thunder. Although he made it to the Finals in 2011, he and his team lost the series to the Dallas Mavericks. So not only did he finally prove he could win a title, he redeemed himself from a crushing loss in the previous season.

His third title in 2013 against the San Antonio Spurs ranked third by the squad. This ring was all about validation and proving to everyone he deserved to be thrown into the GOAT conversation. Going against a strong Spurs team, he found a way to push the series to Game 7 after things started to look bleak for Miami. A hard-fought battle that was well worth the blood, sweat, and tears in the end.