Gier: Bills Have To Contain DK Metcalf To Win On Sunday 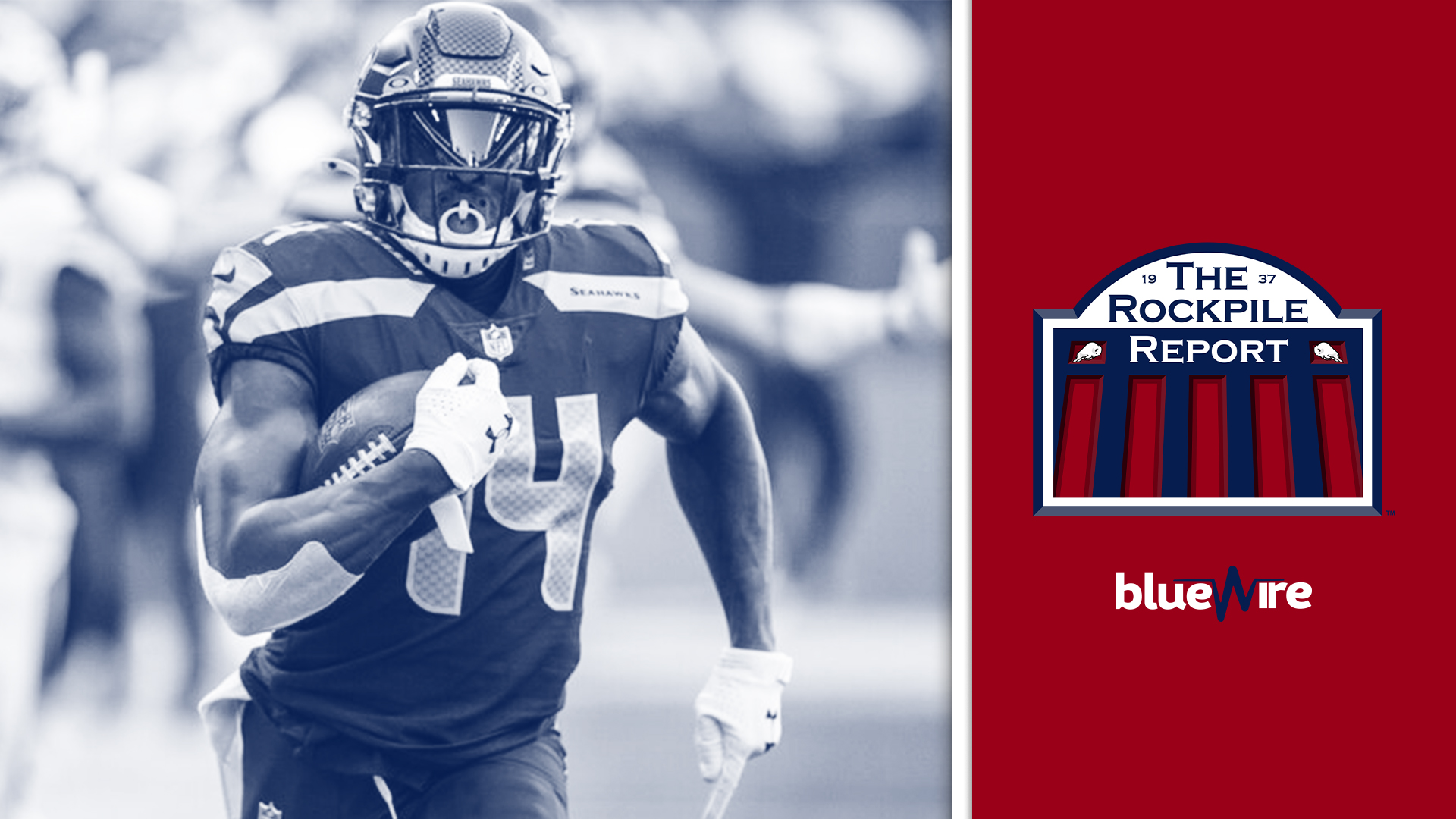 One of the more eye-catching matchups on the week nine schedule for the NFL this week is the game between the Seattle Seahawks and theBuffalo Bills.

The two teams each have six wins and are looking to further their reputations as the best teams in the league.

On The Rockpile Report with host Drew Gier, Gier gave some of his keys to the game for the Bills to come away with a win on Sunday, and for his first key, he felt that Seattle wide receiver DK Metcalf is someone that Buffalo will hope to contain.

Gier referred to the task as a monumental one for the Bills secondary.

“This is the equivalent of trying to prepare yourself for Godzilla making landfall. You know it’s going to be a mess, you just hope that collectively, you can come up with a cohesive enough strategy to deal with it and (hope that) not everything that you own gets destroyed (and) only a few people get killed in the process,” Gier said.

This season, Metcalf has emerged as one of quarterback Russell Wilson’s top threats on the Seahawks offense. Metcalf accounts for just over 40% of Seattle’s yards through the air this season, with a total of 680 through eight games.

Gier believes that Metcalf is a unique talent who he was even willing to compare to Detroit Lions legend Calvin Johnson.

“He’s a physical specimen with rare traits for the position that we haven’t seen since Megatron. On Sunday, our defense is going to have to try to grapple with all of that.”

If the Bills want to limit Metcalf on Sunday, Gier believes that defensive back Tre’Davious White will have to lead the efforts for the Buffalo secondary.

“We need a vintage game out of Tre White more than anything else, Trey White has to show up for this game show some flashes of the ability that made him an all-pro last year that got him paid,” Gier said. “Without that, if we don’t have our star defensive back playing like a star defensive back it’s going to be a long and brutal afternoon for our secondary.”

To listen to all three of Gier’s keys for the Bills onSunday, along with a full breakdown of Buffalo’s week eight win against the NewEngland Patriots, tune into the latest episode of The Rockpile Report, available below and on your favorite streaming platform.