Coller: Justin Jefferson Could Be A “Top Five or Six Receiver By Next Year” 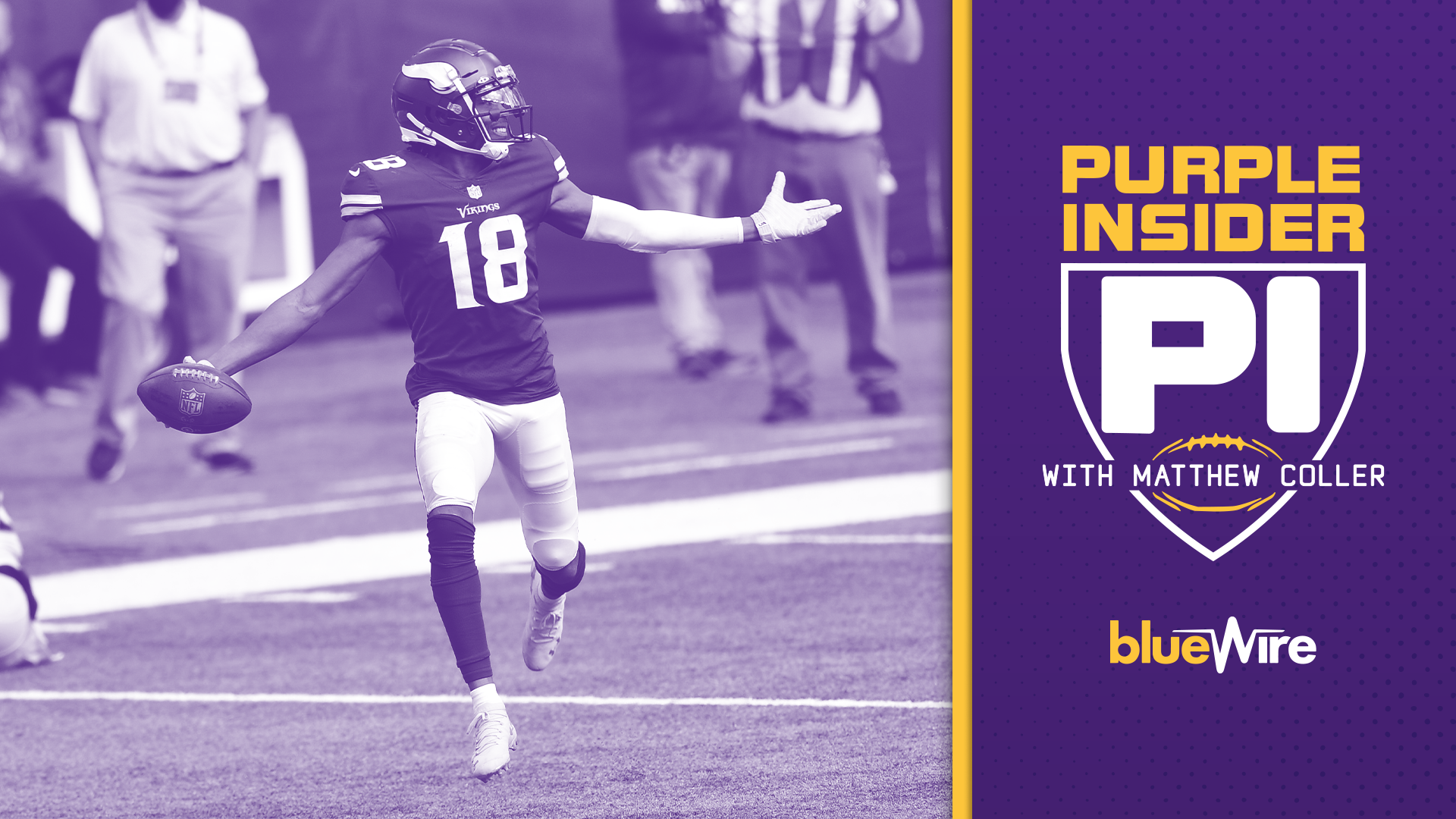 When talking about some of the best wide receivers in the NFL today, there are obvious names that come to mind. Julio Jones, Michael Thomas, DeAndre Hopkins, etc.

But there could be one name that could enter that short list sooner than expected, and he currently plays for the Minnesota Vikings.

On the Purple Insider podcast, host Matthew Coller sat down with Star Tribune Vikings reporter Andrew Krammer to talk about the Vikings’ week ten win over the Chicago Bears. When talking about the game, Coller discussed the impact that Vikings wideout Justin Jefferson had on the win.

“Justin Jefferson is wide open all the time and I think we need to talk about what Justin Jefferson can become, because he’s doing this right now, he’s putting up numbers that are literally Randy Moss 1998 type of numbers,” Coller said.

Since Coller brought the comparison, the two rookie seasons do indeed look similar. In 1998, Moss had 69 receptions for just over 1300 yards, averaging 19 yards a catch.

Jefferson has put up eerily similar numbers yards-wise. The LSU product currently has 762 yards while averaging just over 18 yards a reception.

“I mean we’re talking about a ceiling that is basically unlimited for Justin Jefferson, he could, by next year, be considered one of the five or six best receivers in the NFL,” Coller said.

Krammer agreed, going back to what the conversation around Jefferson was prior to the Vikings drafting him.

“He’s such a well-rounded receiver too, for how young he is, and it’s kind of funny to look back at some of the pre-draft stuff because it was so focused on “well is he just a slot receiver is he just going to be that kind of guy?” Krammer said.

“The Vikings have just blown the doors off that by making him sometimes their split end, they’re putting him out there (to be) that main guy who can be that main deep threat.”

You can listen to the guys’ full thought on Jefferson by tuning into the latest episode of the Purple Insider podcast, available now below and on your favorite streaming platform.