Coller: Green Bay “Not Going Anywhere In The Playoffs” 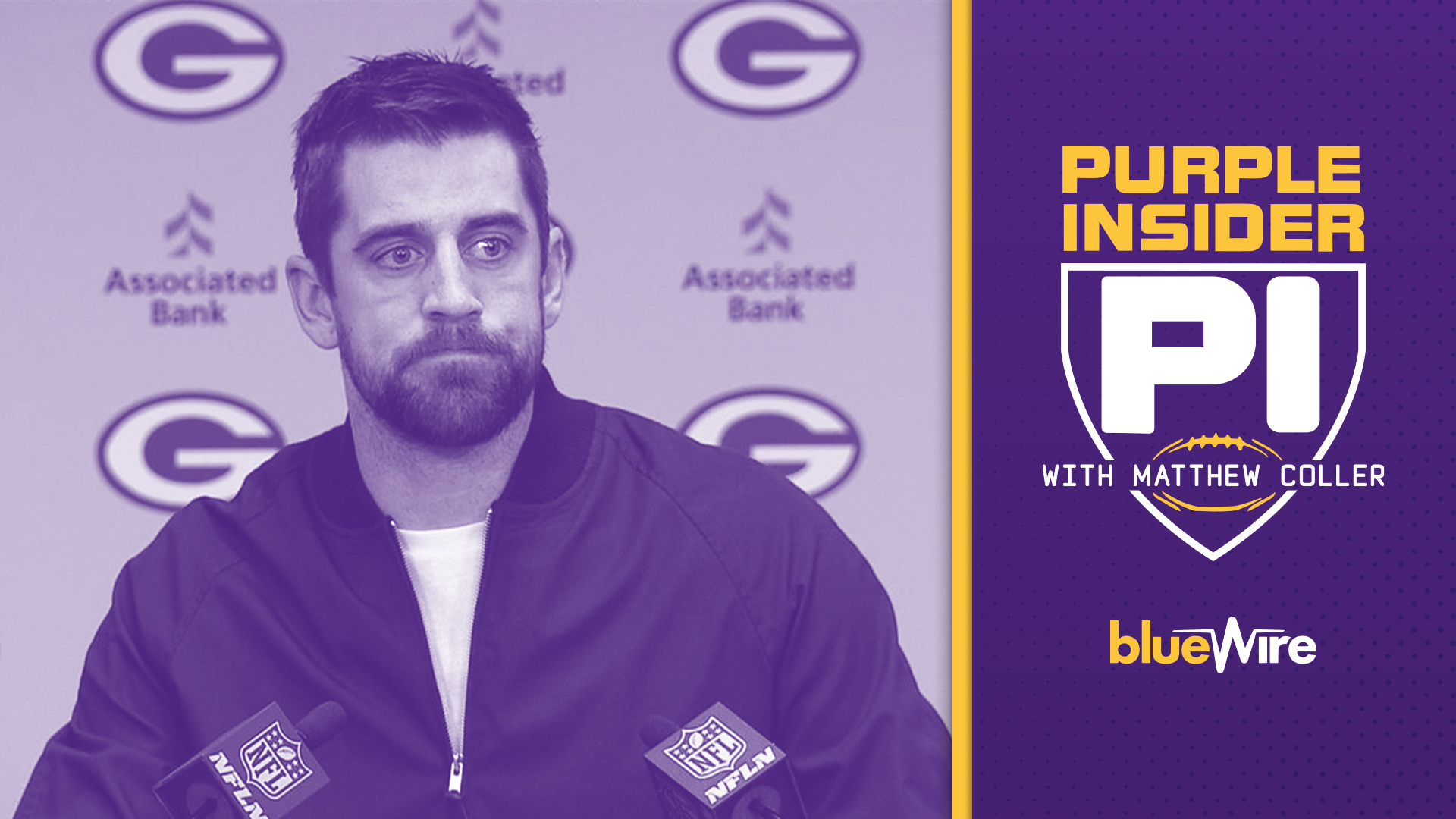 Anytime a team has quarterback Aaron Rodgers under center, that typically will put them, at the very least, in the conversation for Super Bowl contenders.

But following Sunday’s 28-22 loss to the now 2-5 Minnesota Vikings, the Green Bay Packers may have to start removing themselves from that conversation.

On the Purple Insider podcast with Mathew Coller, Coller sat down after the game to discuss the Vikings win. During the show however, Coller stated that the Packers struggles in their two losses this year may indicate that they’re not a team that can go far come playoff time.

“I’m going to make a statement right now about the Green BayPackers, they’re not going anywhere in the playoffs,” Coller said. “Nowhere, first round out, write it down put this on whatever you do there with the clips that you put on Twitter, the Green Bay Packers with this defense are not good enough, on offense they do not have enough weapons.”

While Coller feels that the Packers are good enough to with the NFC North, he feels that there have been too many ways to beat Green Bay to consider them among the top contenders in the league.

Coller pointed out some of the ways the Vikings were able to beat the Packers as signs of much bigger issues that Green Bay has with their team.

“There was answers in the second half when Devonta Adams was not annihilating the Vikings like he was in the first half,” Coller said. “There were answers by handing off there were answers by the fact that Green Bay goes from one year being one of the best pressure teams in the NFL to this year,Kirk Cousins on all 14 drop backs, I’ll be surprised if PFF has one pressure onKirk Cousins I’ll be surprised because I didn’t see it.”

To listen to Coller’s full thoughts on the Vikings week eight win over the Packers, tune into the latest episode of the Purple Insider podcast, available below and on your favorite streaming platform.