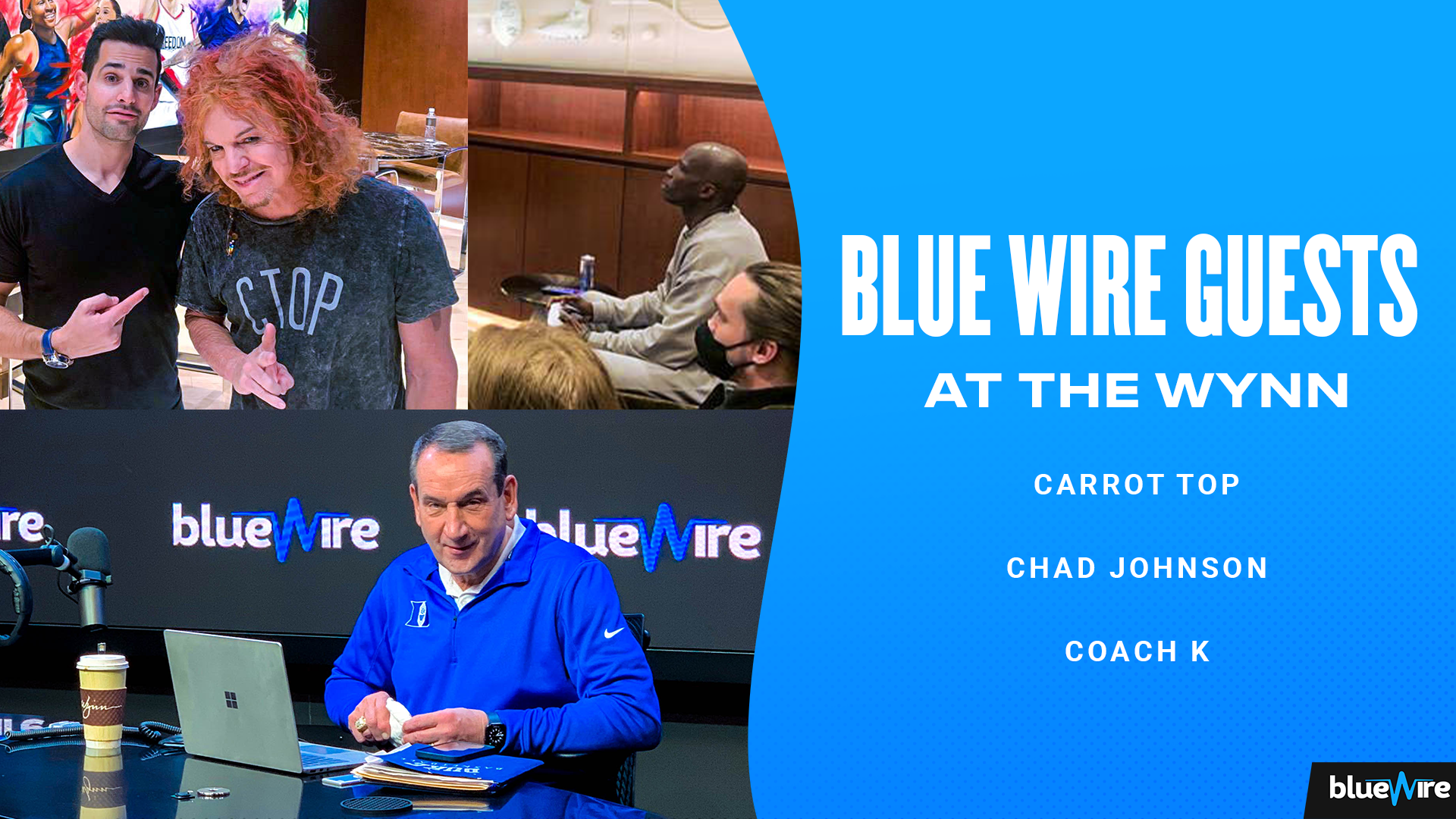 For the first few years since its launch, Blue Wire was a fully remote company, operating through hundreds of individual creators across the country. That began to change in September 2021 when Blue Wire gave its podcasters a new home and opened its 1,700-square-foot state-of-the-art studio in the Wynn Las Vegas.

The beautifully designed studio is an instant eye-grabber for any Wynn hotel guest walking past the floor-to-ceiling windows looking into the studio. Depending on the day, Wynn guests and gamblers might catch a glimpse of some of the network's top talent recording their podcasts.

In the time since, production has ramped up in Vegas as Blue Wire creators and celebrity guests have settled into the world-class studio. Las Vegas defensive end Carl Nassib, the NFL’s first openly gay active player, joined teammate Darren Waller in the content studio in early October for an exclusive interview. In mid-November, Chris Van Vliet sat down with comedian and actor Carrot Top to discuss thirty years in show business on Insight with Chris Van Vliet.

As if there weren’t enough talent in the Wynn studio, legendary Duke men’s basketball head coach Mike Krzyzewski recently paid a visit to record his ESPN podcast after the Blue Devils narrowly pulled out the three-point victory over #1 ranked Gonzaga in a Black Friday instant classic.

Just a few short months into its existence, a star-studded lineup has graced the Blue Wire studio at the Wynn. We see this is as just the beginning and can’t wait for more opportunities to use the physical space at the Wynn to further amplify Blue Wire and WynnBet.