Can Baker Mayfield Lead The Browns To The Super Bowl? 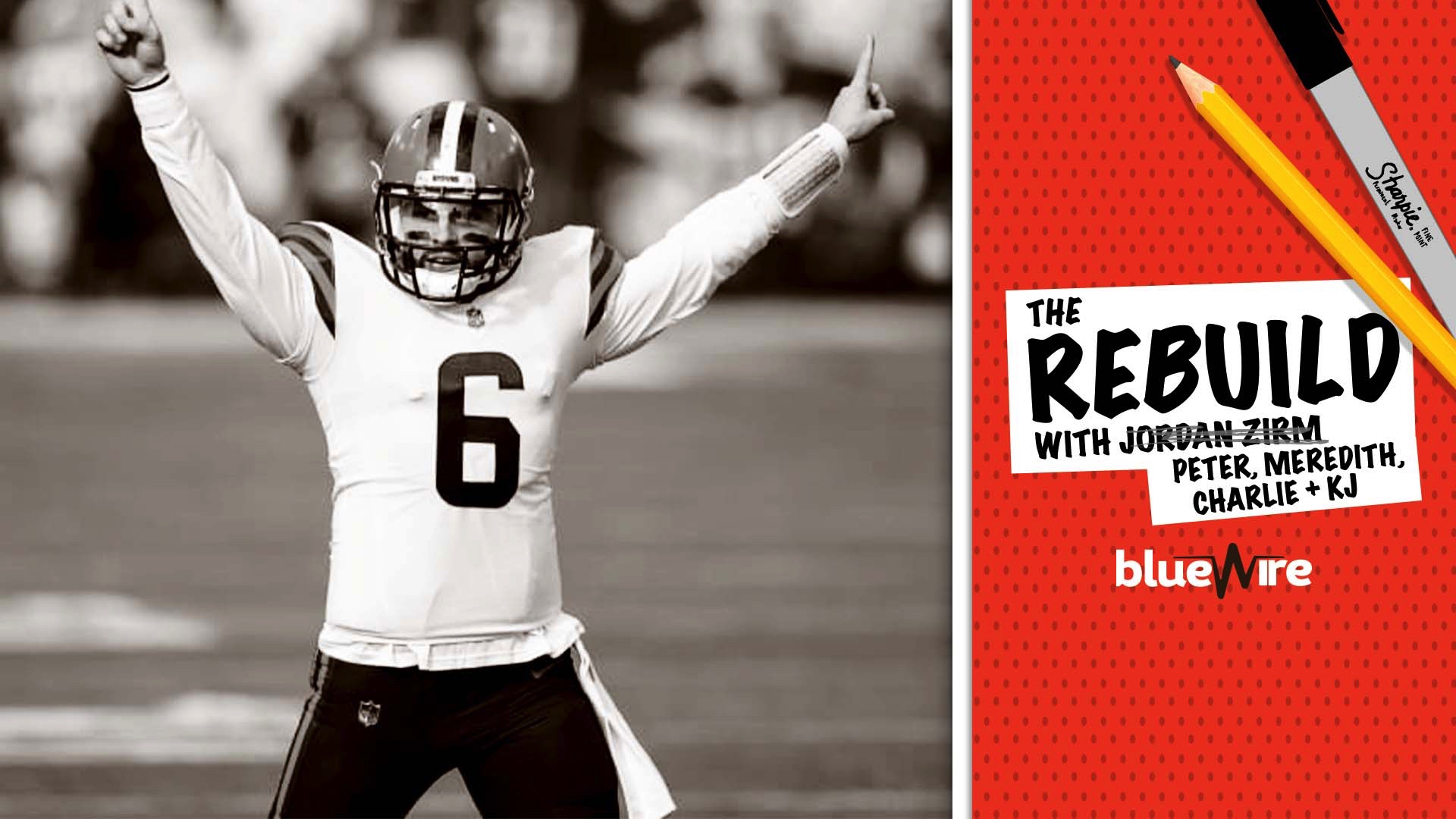 The Cleveland Browns have finally proven themselves as a real threat to their competitors after years of being plagued with losing seasons and unlucky losses. Their 41-35 win over the Tennessee Titans essentially secures them a playoff spot and their first winning season since 2007.

It's safe to say they are slowly, but surely, silencing the very people that have doubted their ability to be anything more than an easy win….but who's to say they're done yet?

On the latest episode of The Rebuild, Henry Ettinger is joined by 92.3 The Fox's Spencer Mahon to discuss the "statement victory" that Cleveland pulled off against a strong opponent in Tennessee, claiming the sky's the limit for a Brown's team of this caliber.

After stomping on the now 8-4 Titans in the first half, Baker Mayfield's four touchdowns have etched his name in the franchise's record book after tying Otto Graham's record for the most TD's in a half - a record that hasn't been reached since 1951.

"This was the best game of Baker Mayfield's career. I don't see how you could call it any other way," Ettinger said. "Baker Mayfield was on fire in this first half and defined this football game with his play." (11:15).

Since he arrived in Cleveland in 2018, Mayfield has received criticism for what seems like every down of football he's played. However, after throwing for a season-high 334 yards to secure his team their fourth victory in a row, it's hard to ignore the fact he may be the QB to lead the Browns to their first Super Bowl appearance.

"I think to me, Baker Mayfield showed today that the Brown's are in Super Bowl contention for the next three to five years," Ettinger stated. (38:22)

"I think he showed the ceiling of a quarterback that can lead a team to the Super Bowl," he added. (38:35).

Having offensive weapons like Nick Chubb and Kareem Hunt, a defense led by a star like Myles Garrett, and a top tier coach in Kevin Stefanski that has seemingly turned this team around in his first year - there's no reason to assume this is anything but the beginning for them.

"The combination of Baker Mayfield and Kevin Stefanski at the helm, I think the Brown's, today, solidified themselves as a Super Bowl contender in the AFC for the next few years," Ettinger said. (39:11)"

For more Brown’s hot takes be sure to check out The Rebuild on your podcast player of choice, and sutay up to date with all the Brown’s news by subscribing to weekly episodes.