Brolley: Goedert "Could Be A Tight End One The Rest Of The Year" 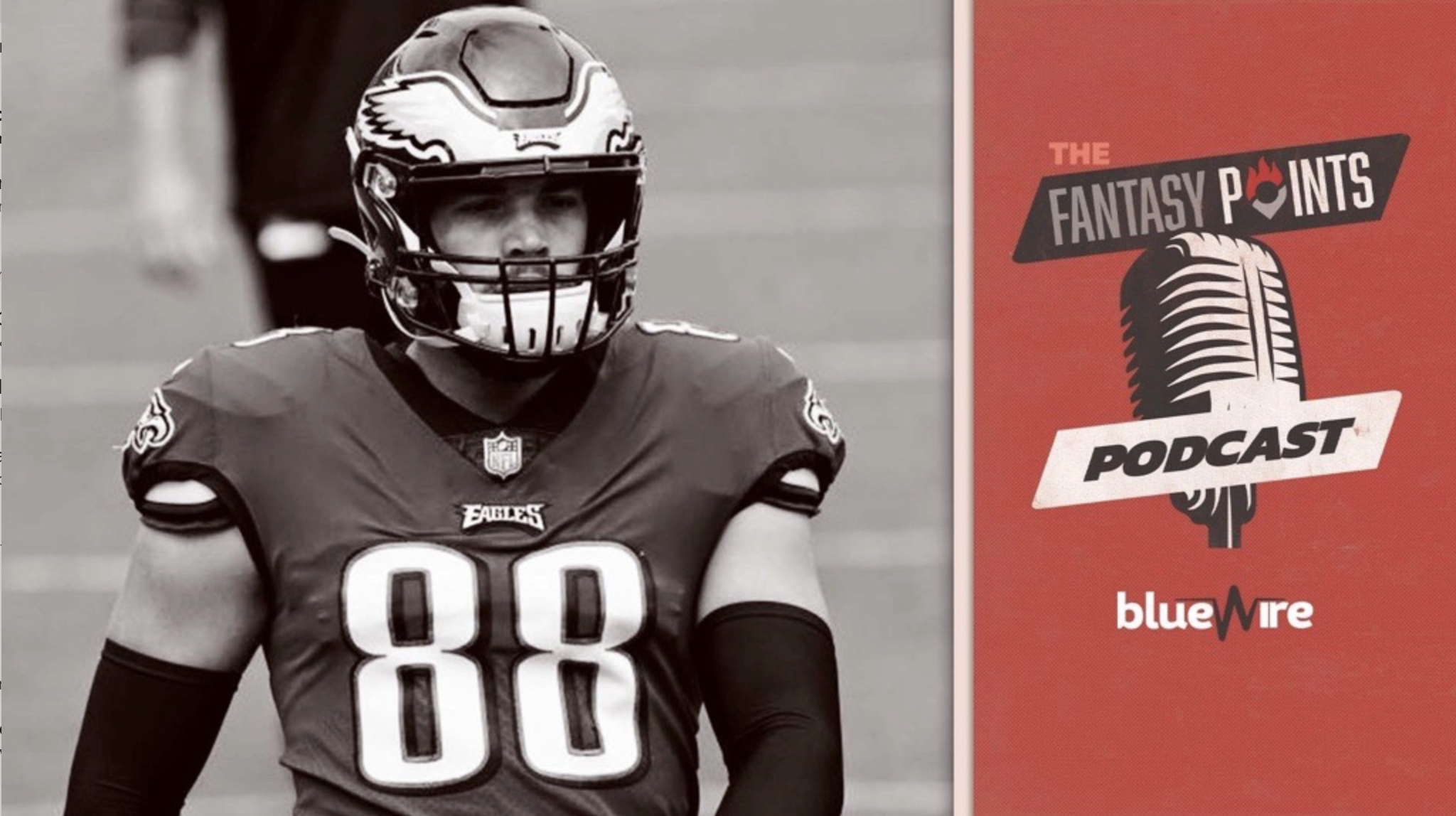 Just like many other teams this season, the Philadelphia Eagles have had their fair share of injury troubles. Part of those troubles is the recent news about tight end Zach Ertz, who is reportedly missing the next 3-4 weeks with a high ankle sprain.

On The Fantasy Points podcast, host Joe Dolan sat down with fantasy football analyst Tom Brolley to discuss what Ertz’s injury means for fantasy leagues, and they both mentioned someone who could break out as Ertz’s replacement.

Dolan brought up the possible emergence of tight end Dallas Goedert to succeed Ertz, who according to Dolan, was already better than Ertz prior to the injury.

“Zach Ertz is going to miss at least through the bye, week nine which means he misses the next two games. Dallas Goedert had an ankle fracture he has a possibility, a chance to play this week and frankly Tom before he got hurt he was outplaying Zach Ertz anyway,” Dolan said.

With Goedert eligible to return from the injured reserve this week, he could be a very viable option for fantasy owners in need of a tight end this week as the Eagles will take on a struggling New York Giants team on Thursday night.

Brolley agreed that Goedert would be the best option at tight end for Philadelphia and agrees that he’ll be the Eagles’ main option for the rest of the year.

“I think he could be a tight end one the rest of the year given the rash of injuries the Eagles have experienced,” Brolley said. “Goedert is the guy that’s been looking the best when he’s out on the field and commands targets.”

To listen to other waiver wire suggestions, along with a full injury breakdown from week six, listen to the latest episode of The Fantasy Points podcast, available below and on your favorite streaming platform.