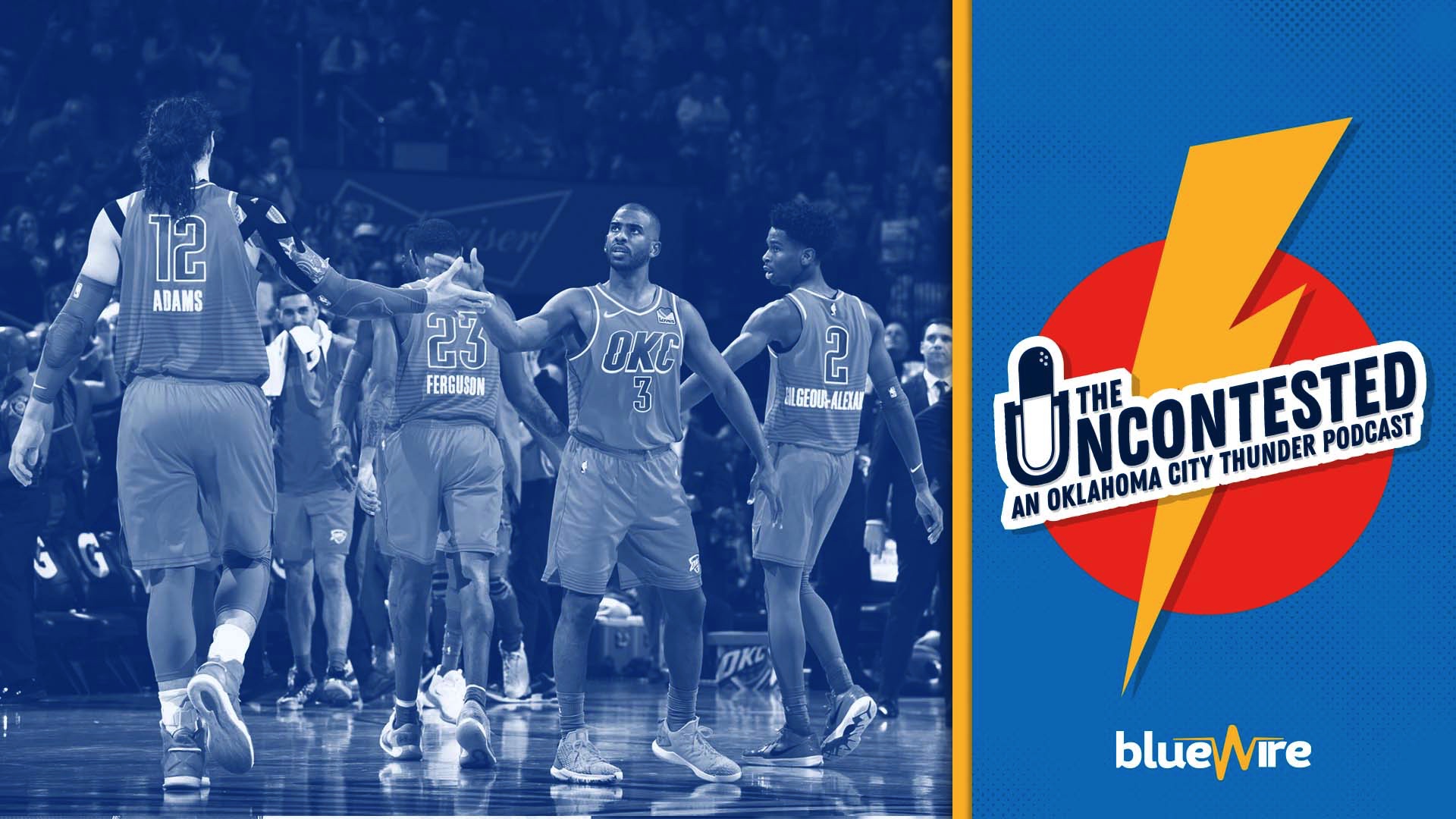 While the Oklahoma City Thunder may be coming off a successful season after going 44-28, good for fifth in the conference, there are still many questions that need to be answered about the fate of the team for next season. Former head coach, Billy Donovan, stepped down in early September after five seasons with the team, and his replacement has yet to be named.

After the announcement came that assistant coach Maurice Cheeks will follow Donovan to the Chicago Bulls, fans may be starting to panic as they are now the ONLY team left in the league without a head coach (and now an assistant coach too). The boys of The Uncontested breakdown possibilities for next season and try to figure out WHEN that announcement will finally come.

The squad seems to believe it will come sooner rather than later after the NBA declared to all 30 teams they are now allowed to open their practice facilities for group workouts of up to ten people. Pair that with an impending December-start, and it's safe to say OKC is running out of time.

Most of the coaches that fans and reporters have speculated for the position have already been hired elsewhere. Such as Ime Udoka, who went to the Nets paired with Dan Craig and Kenny Atkinson, who moved to the Clippers.

But the guys came up with a few candidates that could still possibly be in the running.

The first and top candidate for them is Spur's assistant coach, Will Hardy. He's played a pivotal role within the franchise during his tenure. Despite having minimal head coaching experience after his brief stint with the Spurs summer league, he could prove to be very beneficial for this Thunder team.

The second and "1b" candidate is Brian Keefe had an eight-year run in the organization as an assistant coach before leaving for New York and eventually Los Angeles. He returned to the Thunder this year and would seem like a good option for a franchise that has always favored hiring from within.

Former WNBA star and Hall of Famer Becky Hammon comes in third in the running. Although she's had an ample amount of experience in and around basketball and has the needed reputation from players around the league, it may be a risk to hire her for a team with prominent personalities, like Russell Westbrook, may not go over so well.

For an organization that is known for its secrecy there’s really no way to know for sure until the announcement. And especially for a team run by unpredictable GM in Sam Presti, it’s hard to even speculate what he may feel is the best move for his franchise.