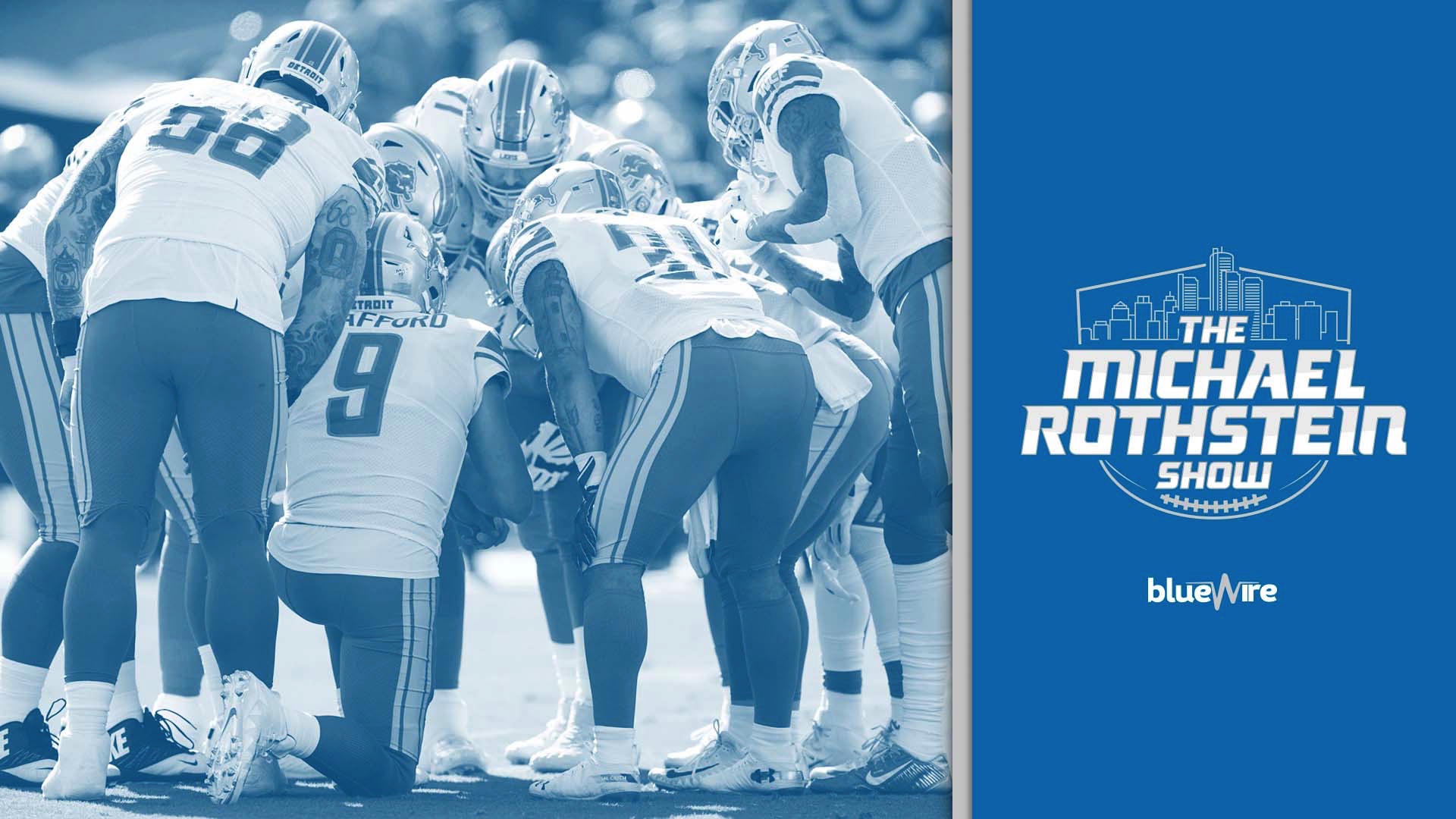 The Detroit Lions will return to their home field this weekend to face the Indianapolis Colts. While the Lions ARE on a two-game win streak after defeating the Falcons this Sunday, they haven’t won at Ford Field in over a year. However, this is an excellent chance for Detroit to end that drought and continue their playoff run.

Facing a strong opponent like the 4-2 Colts won’t be easy for a team that has faced some mediocre opponents thus far. On the latest episode of The Michael Rothstein Show, he breaks down the five keys for the Lions to come away from this game with a win.

While he’s the 38-year-old is longer producing at an MVP level, he still has a lot of experience under his belt. Despite being in his first season with the team, he’s completing just under 70% of his passes, and his passer rating is 93.0.

Therefore, the Lions defense will have to maintain a strong attack to shut down any targets Rivers pursues. According to Rothstein, the goal should be to take away the middle of the field for Rivers.

“Phillip Rivers doesn’t have the velocity he once did, and I think that there are chances to really have him make a few mistakes if you have him throw outside.” (10:33).

Focus on him. Make the Colts a one-dimensional offense.

Jonathan Taylor has been explosive all season, especially for a rookie. Although he’s putting up impressive numbers, he’s operating under a running offense that hasn’t been that great.

The Lions have been good at shutting down the run game in the last couple of weeks. If they can contain Taylor, Rivers will have to focus on other targets and again maybe force him to throw outside (where he doesn’t operate the best).

Be Smart How You Attack The Colts Defense

IF the Colts star linebacker, Darius Leonard, is back, that changes the entire dynamic of the game plan. As a defense that is slowly, but surely, getting healthy, they become stronger each week.

Although the Lions O-line has handled some strong defensive fronts, the deadly combination of Leonard, defensive tackle DeForest Buckner, and defensive end Justin Houston may present a problem for them.

So, they need to take advantage of every opportunity they’re granted and try to open enough holes for their running backs.

Utilize him more in all aspects. While he seems to be getting more and more reps every week, the Lions need to continue to plan for him in their run attack. Although he’s a rookie, he’s shown what he can contribute to this Lions offense, and it can’t hurt to continue to work him.

Swift is currently averaging 5.3 yards per carry and has accounted for four touchdowns this season. He’s been gaining on Adrian Peterson, who’s had dropping numbers every week, so start moving towards him in the offensive scheme.

“The fact that he’s been a weapon both as a runner and as a receiver is something that the Lions were absolutely hoping for,” Rothstein added. (17:25).

We finally saw what wide receiver Marvin Jones was capable of last week with 80 receiving yards. While he may not be the key to a win, he’ll be a vital asset in balancing the offense and opening up the field to more targets for Matthew Stafford.

Make the Colts defense guess where you’re going to throw, and you’ve got the upper hand.

“Having him going gives them so many options and weapons that it makes an Indianapolis defense have to worry about where the Lions are going to go play to play,” Rothstein said. (19:40).