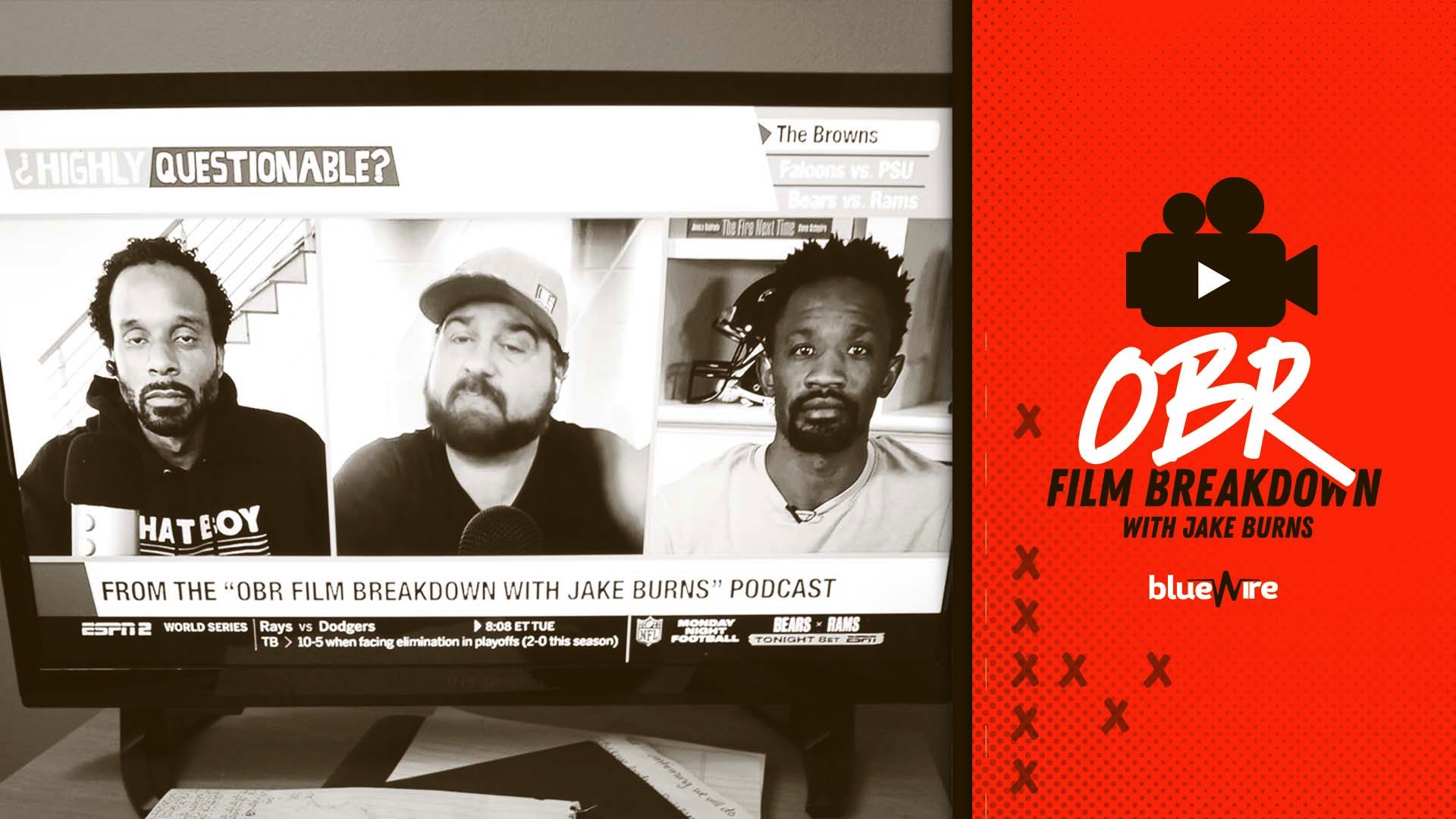 Blue Wire's own Jake Burns, host of the Orange and Brown Report and OBR Film Breakdown, was featured on ESPN's "Highly Questionable" for his take on the Browns offense.

On the latest episode of OBR Film Breakdown, Burns talks how Baker Mayfield and his offense may actually benefit from Odell Beckham Jr.'s absence.

"We got evidence of Baker [Mayfield's] production without him [on Sunday], and again that's Cincinnati, so you got to keep perspective there," Burns said. "But the evidence is, unfortunately, telling us that Baker's just a little bit better without him on the field, and I don't know why." (10:08).

"There's something about the timing and chemistry of those guys that doesn't work." (10:03).

Dan Le Batard, Bomani Jones, and Domonique Foxworth are seen at the 10:50 mark referencing back to Burn's points on his show about why he actually may be onto something.

Burn's expanded on this discovery, writing an article to articulate where exactly this take came from.

For more Brown's news, be sure to check out both Orange and Brown Report and OBR Film Breakdown and subscribe to weekly episodes in your podcast player of choice.