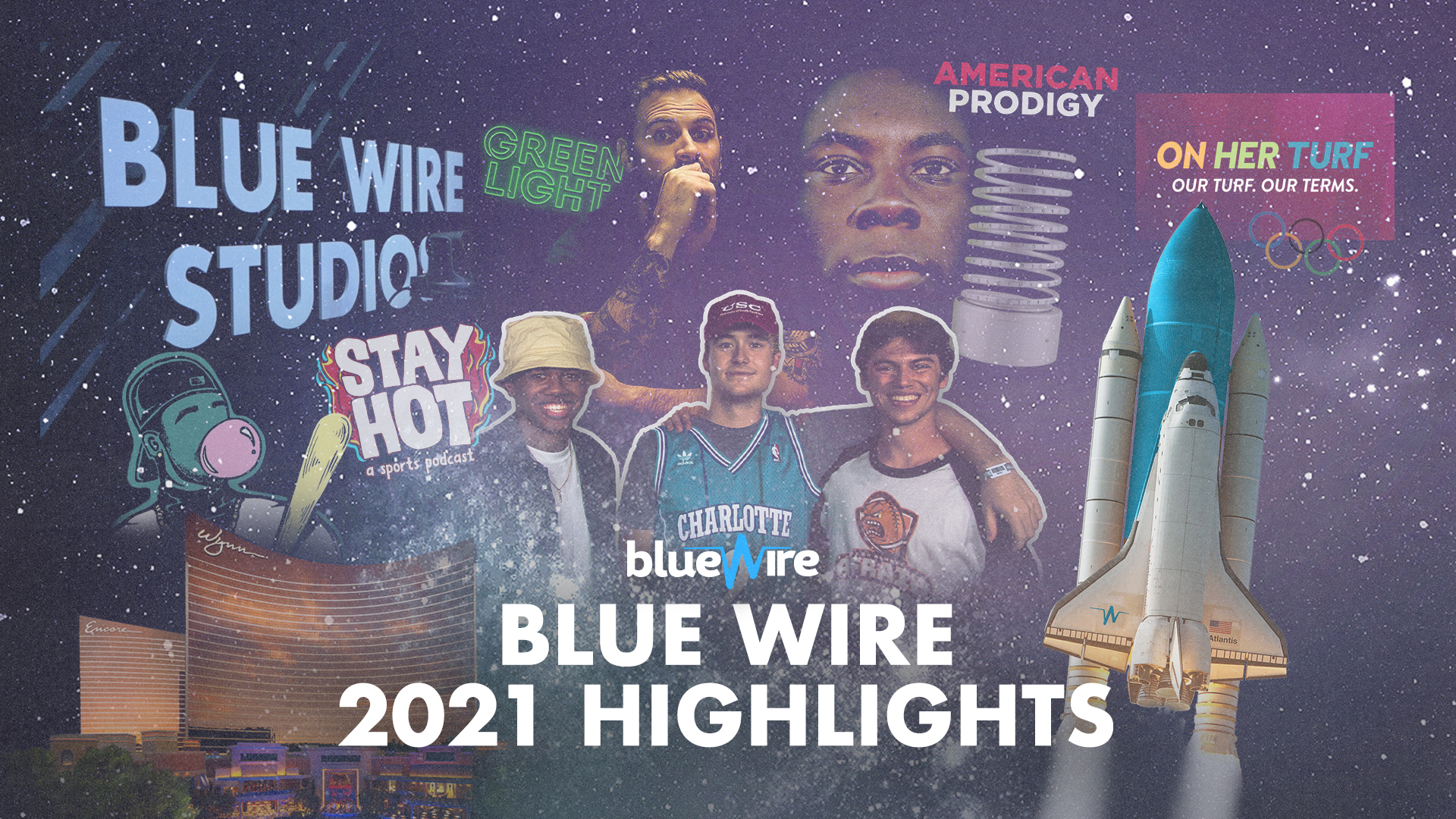 2021 has been a game-changing year for Blue Wire. The network has had a year of unprecedented growth and success since its launch in 2018, from production to partnerships and more. Blue Wire is excited to continue this into the new year and see what 2022 has in store.

In 2021, Blue Wire hired 18 full-timers, nearly doubling the network’s size. Those hires came from an assortment of previous workplaces including the NFL, Bleacher Report, and the LA Times.

The Stay Hot Podcast with TikTokers Matt Sponhour, Theo Ash, and Blaiden Kirk demonstrates the immense opportunity that comes with collaboration with social media stars, as the show has been a huge success story for the network. The original series The Rumor, which details the host’s attempt at determining if a salacious sports rumor is in fact true or not, was another major success for the network and was written about in The Washington Post and in Vulture’s best new podcasts article. Going into 2022, original content and the expansion of content genres on Blue Wire’s network is a top priority.

Blue Wire’s content was the subject of recognition this year, from being featured on charts to award nominations. Blue Wire’s American Prodigy: Freddy Adu was nominated for Best Limited Series Documentary Podcast In the 25th Annual Webby Awards, the leading accolade honoring excellence on the Internet. Upon its launch, the Stay Hot Podcast reached #1 on Spotify’s Sports Charts, and Spinsters was featured as a Best New Podcast of 2021 by Spotify Wrapped and on Apple Podcasts’ New & Noteworthy.

2021 brought many game-changing partnerships, one of the most impactful being the announcement of Blue Wire’s multi-year partnership with Wynn Resorts. The network debuted our content studio inside of the Wynn’s Las Vegas property, allowing podcasters to record in a state-of-the-art recording facility.

In addition, Blue Wire partnered with a number of great sponsors across audio, video, and social media. Check out this example with Coors Light, where we ran a "chill out" campaign across our network of shows. Here’s the full announcement video.

Blue Wire’s production increased this year as well, collaborating with networks and brands to produce content. Notable partnerships include Blue Wire’s deal with NBC to produce “On Her Turf” for the Summer Olympics, the creation of a branded podcast about basketball For Mountain Dew "The Dew Zone With Druski", and the collaboration with the Paramount+ production team and "Yellowstone" on the debut of their podcast from the Wynn Las Vegas studio.

Blue Wire’s team continued to create attention-grabbing graphics, as a social graphic was used by AJ Brown to recruit Julio Jones to the Titans and Blue Wire’s “Griffified” Twitter profile pictures drew attention to season 2 of American Prodigy, centering around the story of Ken Griffey Jr.  Additionally, Carl Nassib gave his first interview since coming out at the Blue Wire studios, making headlines across social platforms.