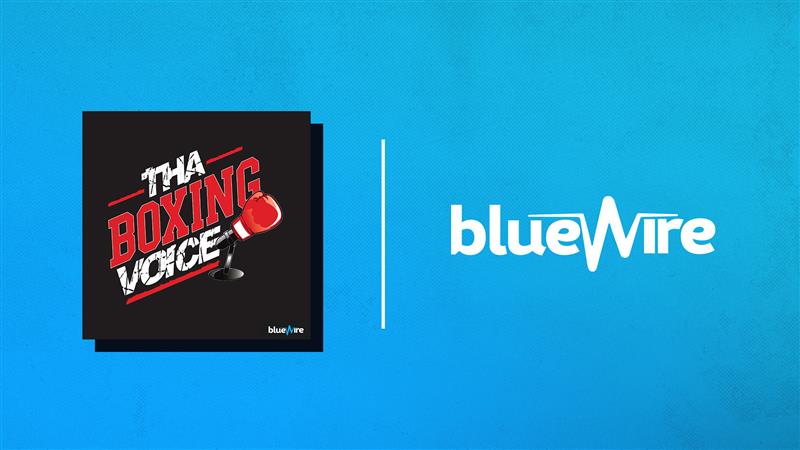 Blue Wire is excited to welcome Tha Boxing Voice to the network, a boxing show that streams live every day from Las Vegas. Hosted by Nestor Gibbs and Daniel Alvarez, the show will be recording five times a week out of Blue Wire’s Las Vegas studio in the Wynn Hotel.

“Blue Wire presents the most opportunity when it comes to collaborations with other show hosts,” shares Nestor. Co-host Daniel continues, “The thing that excites me the most about joining Blue Wire is the state-of-the-art studio in Vegas and being able to collaborate with others because of the studio, especially being a big sports fan.”

Monday through Friday, Tha Boxing Voice provides the need-to-know discussions on boxing, for the fans by the fans as described by the hosts. Each show features guests, experts, up-and-coming stars and the pound-for-pound number ones in the game.

Tha Boxing Voice joins Blue Wire’s roster of boxing shows, including The Corner Podcast, The Porter Way Podcast, as well as the past miniseries On The Hook hosted by world-champion boxer and Olympian Abner Mares.

The boxing enthusiasts and experts are dedicated to bringing all things boxing to fans, from those who are involved in the sport themselves to die-hard viewers.

“Boxing is a sport built on opportunities and second chances, and getting the opportunity to talk about boxing has changed my life. Boxing is what I love and know best,” Alvaraz said. Nestor added “Boxing allows anyone with a hard work ethic and dedication to succeed in the sport and in life who otherwise couldn’t. I consider my story one of the people that boxing saved.”