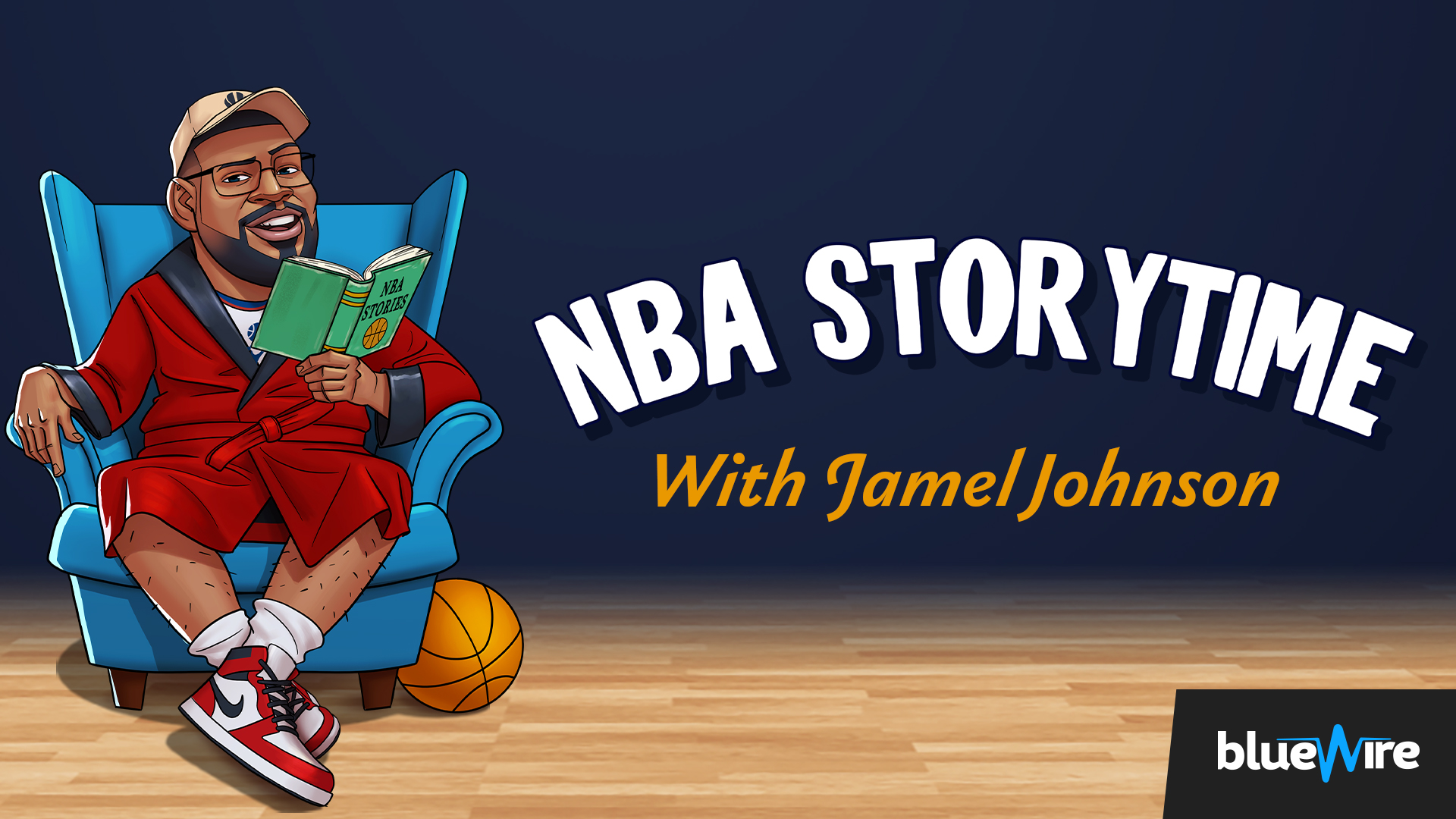 Blue Wire continues to broaden its sports content. Along with its ever-expanding network that touches on current sports topics, Blue Wire's studio content grows by the day. With diverse and vibrant hosts from sports media and beyond and an in-house experienced production team, Blue Wire Studios is ready to deliver narrative content from every corner of sports history. Here is a quick rundown of the Blue Wire Studios narrative podcasts to come in 2021.

It’s Storytime! Comedian Jamel Johnson presents an original podcast taking you through the most hilarious and obscure moments in NBA history. Curses, crimes, conundrums, even accordions, this podcast has it all and more. A must-listen for any basketball fan, Johnson brings his talents from Comedy Central to Blue Wire in a show that combines the cadence of stand-up comedy with the audio production of Neil DeGrasse Tyson explaining the cosmos.

What do Kevin Costner, Cal Ripken Jr., and a power outage have to do with each other? That’s what two friends sought to find out. Their search threatens to uncover a possible sordid affair, one that reshaped their deepest-held beliefs. Sam Dingman and Mac Montandon are no stranger to conspiracy, and they find themselves in the midst of another, one where the truth proves more elusive than a Tim Wakefield knuckleball.

For most of the 21st century, the Cleveland Browns have been the poster child for incompetency. They received and subsequently squandered draft pick after draft pick, hitting rock bottom and finding ways to tunnel deeper and deeper. Emmy award winning Cleveland sports reporter Andre Knott hosts a new podcast looking at these lovable losers, with interviews from those inside the organization, media on the outside, and fans from the Dawg Pound who remained steadfast in their commitment to the team despite the dysfunction.

From 1997 to 2000, there was no brighter light in the sky than the Houston Comets. The franchise won four consecutive championships, going back-to-back-to-back-to-back, a feat that even legends like Jordan and Brady couldn’t do. But their light faded, as the franchise folded over 15 years ago. Veteran journalist Lindsay Gibbs examines what went wrong with the Houston Comets and what the team’s history tells us about the dynamics of a dynasty, the fragility of greatness, and the extra short leash society gives to female athletes?