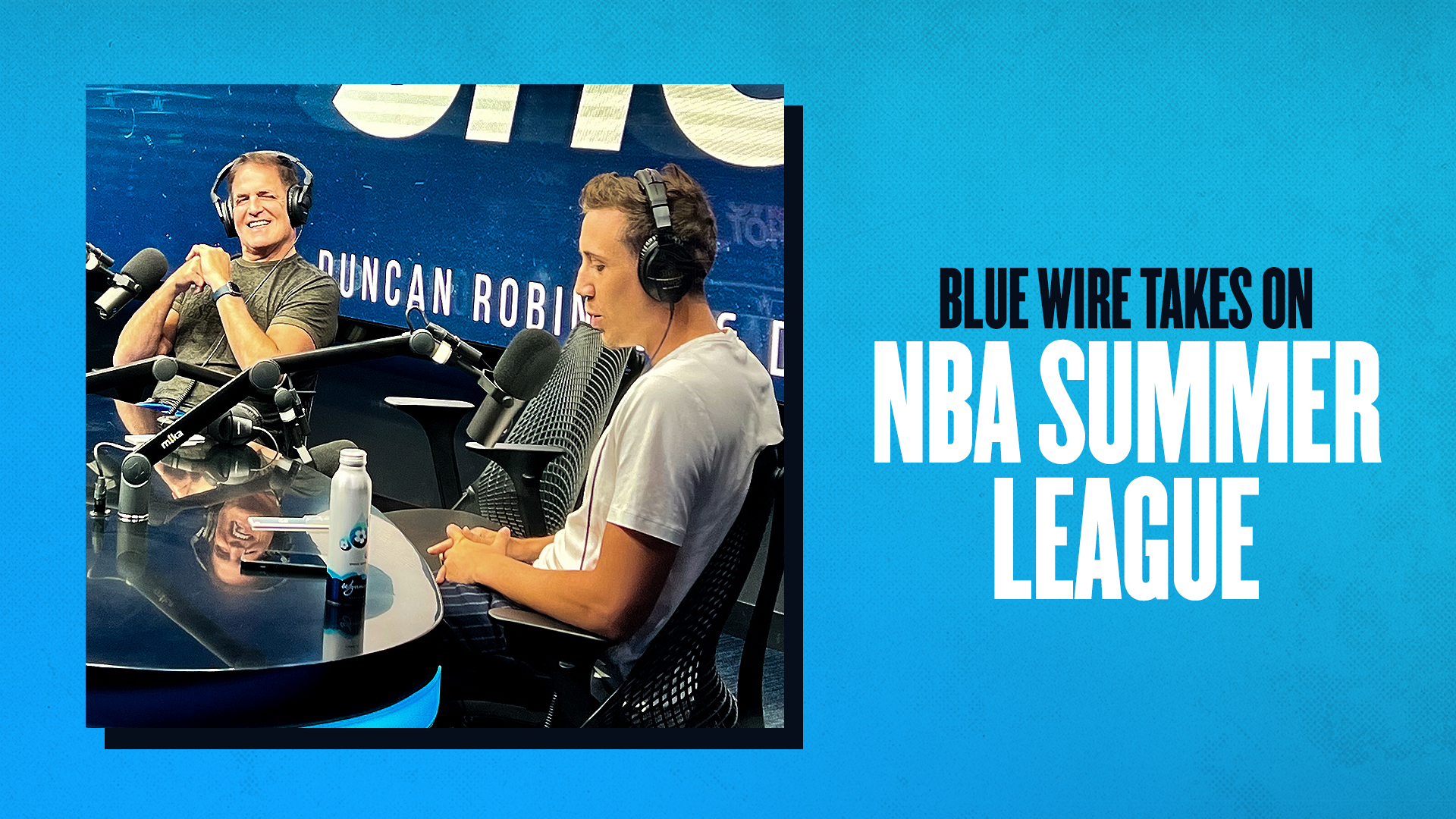 In the midst of NBA Summer League action, Blue Wire’s Las Vegas studio was yet another court where players, podcasters and basketball legends got together to discuss everything from insider rumors, Kobe Bryant, and even Shark Tank.

It was a weekend full of non-stop audio action at the studio, with the likes of Dallas Maverick’s owner Mark Cuban, Cleveland Cavaliers’ coach JB Bickerstaff and Orlando Magic coach Jamahl Mosley making appearances on various podcasts at the state-of-the-art audio facility at the Wynn in Las Vegas.

When you have @mcuban in the studio, that’s always a W 👀🔥

They were joined by Blue Wire’s podcasting family who flew in from across the country to record and entertain day and night with original podcast content.

Cuban joined Duncan Robinson and Davis Reid on their podcast, “The Long Shot,” to discuss everything from Shark Tank to insider information. Of course, Allie Clifton, Channing Frye, and Richard Jefferson (when he wasn’t officiating a game) from “Road Trippin” stopped by the studio and were joined by Bickerstaff and Mosley, who together discussed old Kobe Bryant stories and how to coach young, talented rosters.

“NBA Summer League is increasingly becoming a bigger event on the calendar. Our creators are well-connected and have the respect of owners, head coaches, retired legends, all-stars and other notable current players,” said Blue Wire founder and CEO, Kevin Jones.

“It's the conversations about the NBA, in addition to all the action, that make the league so entertaining,” he said.

It wouldn’t be Summer League week if “Spinsters” star Haley O’Shaughnessy wasn’t in the building recording and anchoring podcast crossovers, including “Bop or Flop” with the young podcast gurus and TikTok influencers - Matt Sponhour, Blaiden Kirk, and Theo Ash from “Stay Hot.”

Speaking of up-and-coming, find out what it’s like to be 21 and in Vegas for the first time from the hosts themselves.

Blue Wire’s pioneering podcast studio at the Wynn was in itself an attraction for passers-by and guests alike, with guests using the space to catch up on old times, sign the Blue Wire Wall of Fame and have a go at the studio’s latest feature, the Blue Wheel.

Check out Cole Anthony giving it a shot...

While the Summer League action was happening around courts in Las Vegas, the Blue Wire Studio @ Wynn Las Vegas was buzzing with conversation around  the details and drama of everything basketball and more, right next door. The studio has become a must-see for athletes, sports professionals and entertainers passing through Sin City.

Cassy Athena, renowned NBA photographer, also stopped by for a showcase of her Summer League work, featuring some stunning photos gracing the studio’s walls, along with a DJ to amplify the excitement and energy.

“We envision our Wynn studio evolving into a key part of the Summer League festivities across Las Vegas," Jones said.