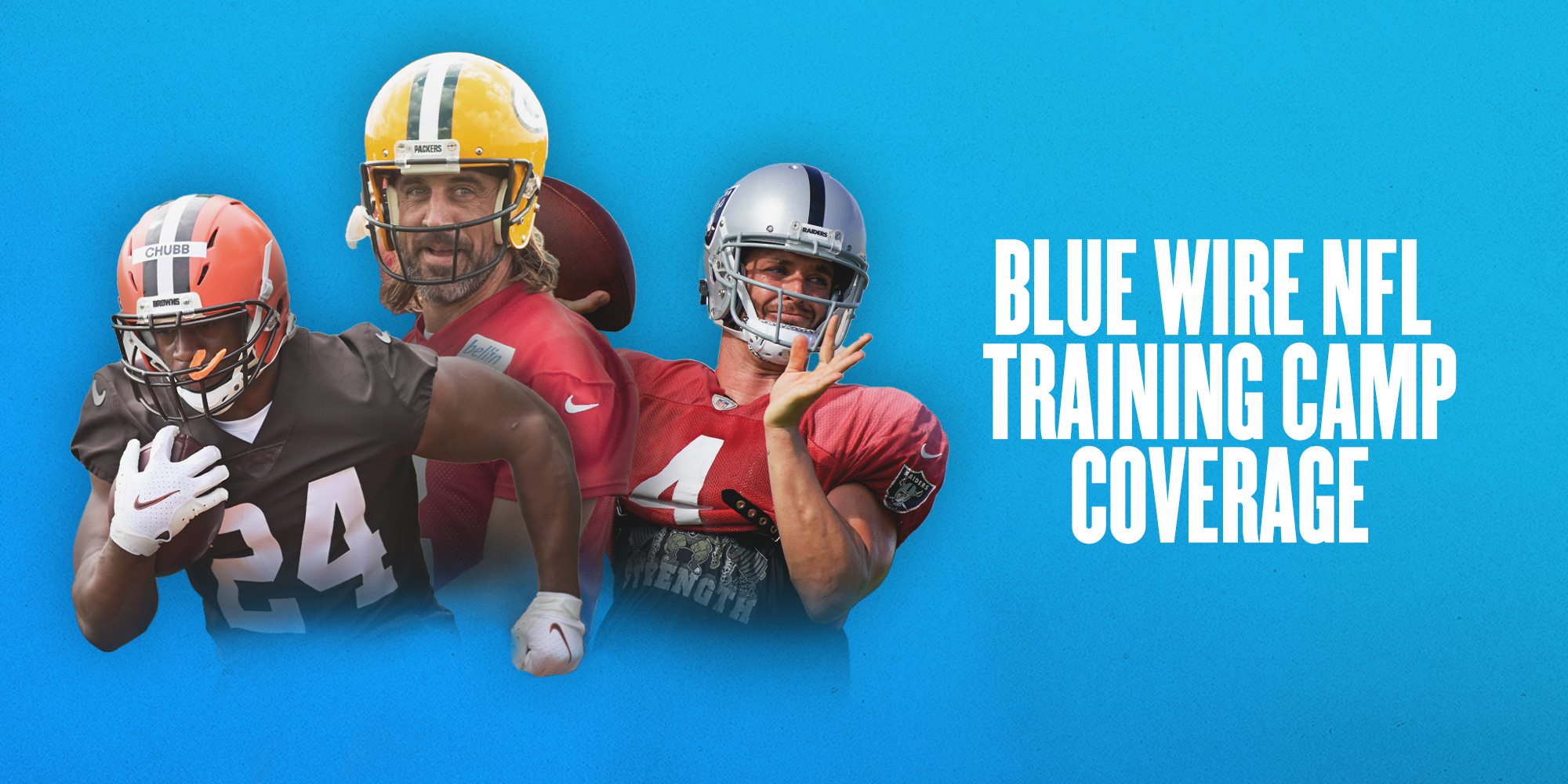 NFL training camp and the onset of football season is upon us, and Blue Wire’s NFL podcasters have been hard at work chronicling the roster shake-ups and storylines in every division.

Check out the training camp coverage of the AFC’s contenders, like the Buffalo Bills, Kansas City Chiefs, Balitmore Ravens, Indianapolis Colts, and Los Angeles Chargers. Rockpile Report has you covered on the performances of the Bills’ defensive rookies who struggled against the elite Stefon Diggs.

Down in Kansas City, BJ Kissel of KC Sports Network recaps the Chiefs’ first day of training camp by highlighting the excellent debuts of Juju Smith-Schuster and defensive rookie Joshua Williams, giving you all the info you need about Pat Mahomes and company heading into the season.

Celebrate the launch of Blue Wire’s newest Baltimore Ravens podcast, Ravens Vault, by hearing Sarah Ellison and Bobby Trosset’s take on the Lamar Jackson contract saga, the showdown between Marlon Humphrey and Rashod Bateman, and an update on running back JK Dobbins. Filmstudy broke down the Ravens’ roster by asking questions about the group standings of the running backs, cornerbacks, tight ends, special teams, and more in the context of training camp.

The Indianapolis Colts coverage from Bring The Juice has highlighted the performance of new quarterback Matt Ryan, the defensive potential of players like Yannick Ngakoue and Nick Cross, and ultimately where the Colts offense is heading in 2022.

While the Chargers have the reputation as “LA’s other team,” they’re poised to make a deep playoff run this season. The Guilty as Charged crew focused on the strong performance of the roster’s DBs, the impact and timeline of linebacker Kennth Murray’s injury, and other standouts that could take the Chargers to the next level.

While the AFC is being heralded as the NFL’s stacked conference, the NFC isn’t exactly filled with slouches. The training camp coverage of teams like the Green Bay Packers, Minnesota Vikings, Chicago Bears, and San Francisco 49ers has this NFL season shaping up to be one for the history books.

On the latest episode of Pack-A-Day, the main storyline hanging over the season is the health of offensive tackle David Bakhtiari, while the injury to wide receiver Sammy Watkins in the aftermath of the blockbuster trade that sent former Packers star receiver Davante Adams to Las Vegas raises several questions in the midst of training camp.

Reporting from TCO Performance Center in Minnesota, Matthew Coller of Purple Insider focuses on the comments of Vikings defensive coordinator Ed Donatell about defensive youngsters Lewis Cine and Cam Bynum before shifting to a conversation about rookie Andrew Booth and other standout players mentioned in fan questions. Stay Hot’s Theo Ash had this to say about Booth’s training camp so far.

As the Chicago Bears enter a new age under second year quarterback Justin Fields, Zack Pearson of Bears Report Radio has you covered with a recap of the first two days of training camp, including the progress of linebacker Trevis Gipson, and evaluating the performance of rookies Jaquan Brisker and Kyler Gordon.

As the San Francisco 49ers transition to a post Jimmy Garoppolo era, much of the training camp coverage has focused on second year quarterback Trey Lance. In the latest episode of Candlestick Chronicles, 49ers reporter Nick Wagoner joins the podcast to offer his assessment on Lance as well as the ongoing contract saga of receiver Deebo Samuel.

For more content like this, sign up to the Blue Wire newsletter to stay up to date with all the best Blue Wire coverage of the biggest moments in sports!