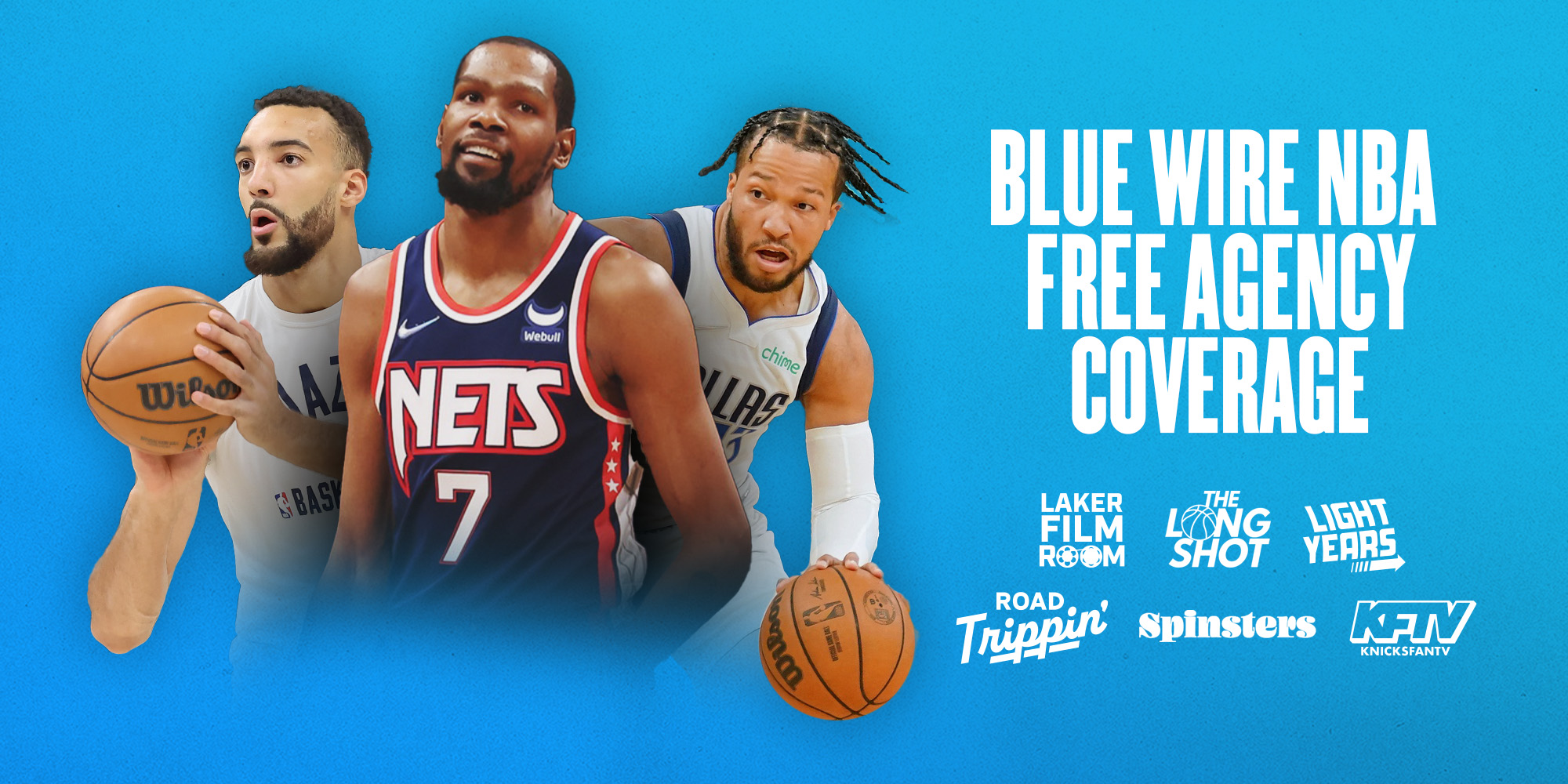 NBA free agency is always a whirlwind of new signings, extensions, and acquisitions. The Blue Wire network’s talented group of podcasters has everything listeners and fans need to know to stay informed and to be ready for the next free agent shoe to drop.

The splashiest acquisition of the offseason so far has been the Minnesota Timberwolves’ hefty package for three-time Defensive Player of the Year winner Rudy Gobert. Dane Moore provided an incredible breakdown of the behind-the-scenes action that led to the trade as well as how Gobert’s fit in Minnesota will work in the most recent episode of his podcast.

After ascending from a solid starter to major playoff weapon for the Dallas Mavericks, point guard Jalen Brunson was in line for a huge payday, and the team that shelled out was none other than the New York Knicks. CP The Fanchise details how the premeditated nature of the negotiations might get the Knicks in tampering hot water in an episode of Knicks Fan TV, but Brunson’s unique offensive skillset and what he brings to the team led to great conversations both from Knicks Fan TV and Knicks Film School, whose livestreamed instant reactions truly put listeners and fans in the moment, and hopefully signal that happier days are ahead for the Knicks.

The biggest move of 2022 NBA free agency is one that hasn’t actually happened yet. Brooklyn Nets forward Kevin Durant wants a trade out of Brooklyn, and the network at large has covered his next move. From The Timeline in Phoenix to Jacked Ransays in Portland to the Clear Out and Brooklyn Buzz holding it down for the Nets or Spinsters and Hardwood Knocks for more neutral coverage, everyone could use a Kevin Durant.

Every team and fan alike is affected by what happens in free agency, down to the smallest moves on the margins. Light Years tackled some of the Golden State’s major acquisitions and losses, providing insight on losing both Gary Payton II and Otto Porter Jr. in free agency while holding on to the ever valuable Kevon Looney. Listen to Laker Film Room and Lakers Nation discuss new acquisitions like Thomas Bryant and Lonnie Walker IV while also weighing in on the potential of reuniting LeBron James with Kyrie Irving.

Sign up to the Blue Wire newsletter to stay up to date with all the best Blue Wire coverage of the biggest moments in sports!