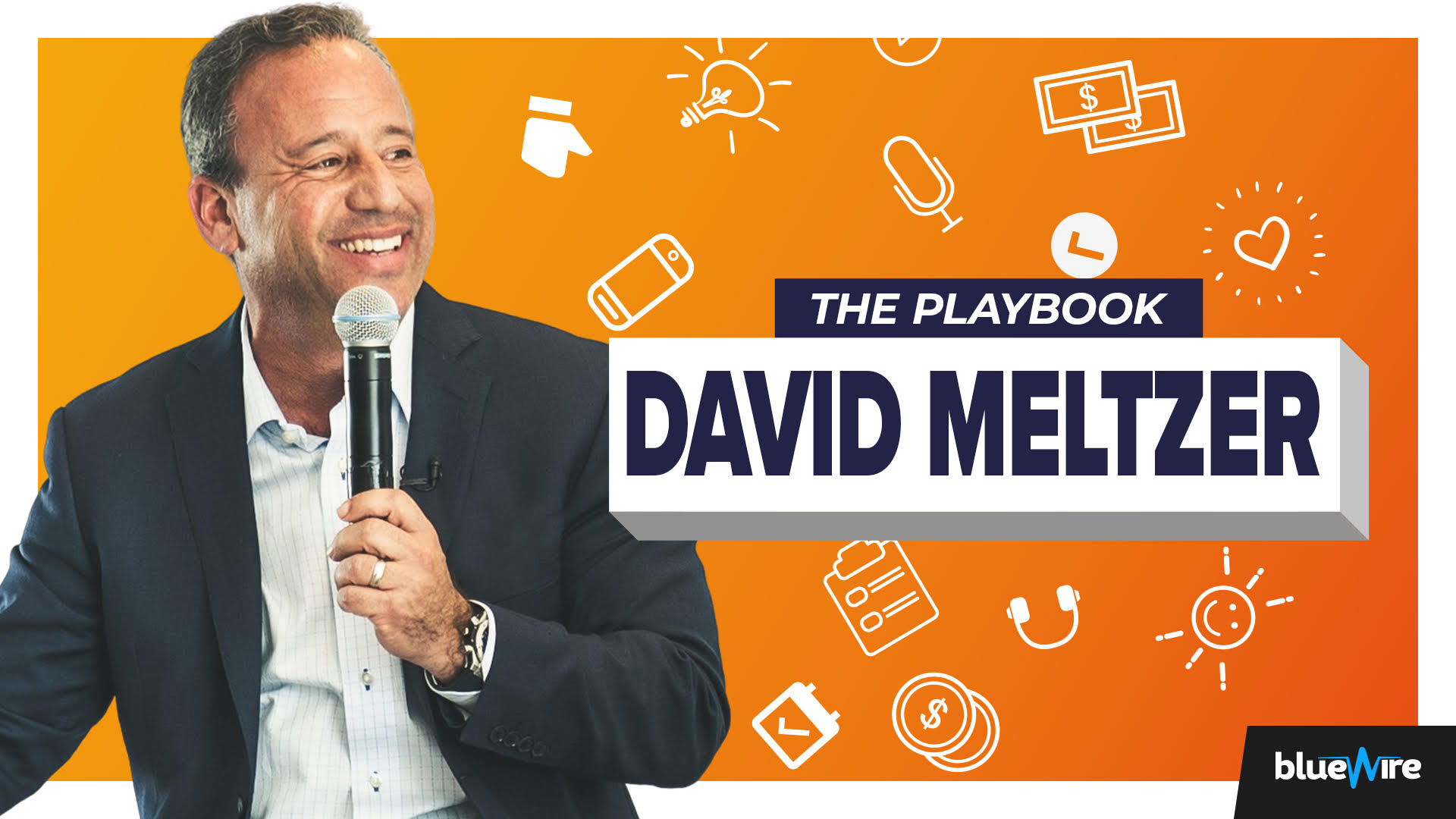 Blue Wire is pleased to announce entrepreneur David Meltzer’s podcast The Playbook has joined its network as The Playbook: Sports & Entertainment. The Playbook provides listeners with all the knowledge needed to succeed in the ever-changing world of sports, featuring exclusive interviews and conversations with the most influential CEOs, sports icons, and entrepreneurs in their field.

Since The Playbook’s first episode uploaded in August of 2017, the show has been a consistent source of both inspiration and advice for listeners all over the world. Today, the podcast has grown to become the number one sports and entertainment business podcast, capitalizing on what Meltzer calls “the greatest vertical of all time”: sports and entertainment. Alternating between bite-sized solo episodes and long form interviews, the show provides both personal and career advice, with episodes such as “Fear is Draining You” and interviews with guests ranging from hall of famers to billionaire sports executives. Notable guests from the last few months include Rich Kleiman, Danica Patrick and Arthur Blank.

Meltzer was formerly the CEO of Leigh Steinberg Sports & Entertainment agency and is currently the Co-founder of Sports 1 Marketing, a sports and entertainment marketing firm. In addition to hosting The Playbook, Meltzer is a top 100 business coach, a three-time international best-selling author and Variety Magazine’s Sports Humanitarian of the Year. He is also the executive producer and host of Bloomberg and Amazon’s Two Minute Drill and Office Hours TV shows.

The Playbook adds a completely new area of content to the Blue Wire network by going beyond the game to teach listeners all about the skills, knowledge, and desire they need to know to succeed in the industry.

“I am so excited to have found a perfect home for The Playbook with Blue Wire and the studio at the Wynn!”

“David has been one of the most influential voices in the industry for decades. We’re thrilled to be partnering with him to bring his educational content and expansive library of interviews with the biggest names in sports and entertainment to our network.”

To check out new episodes of The Playbook: Sports & Entertainment, click here or search in your podcast player of choice.