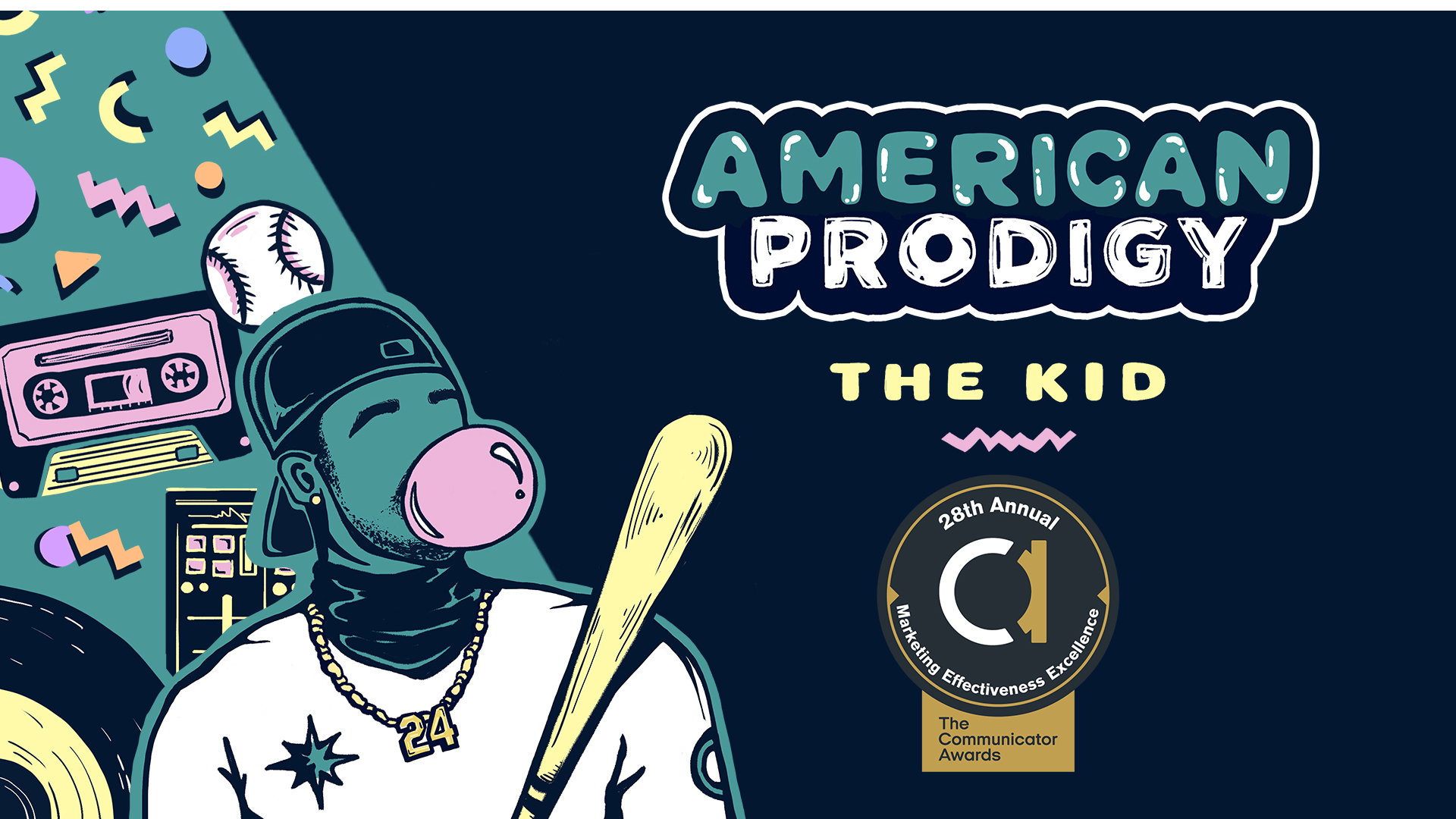 The winners of the 28th Annual Communicator Awards have officially been announced by the Academy of Interactive and Visual Arts with Blue Wire named as a winner for the Award for Excellence in Marketing Effectiveness for the launch of “American Prodigy: The Kid.”

“American Prodigy: The Kid” is the second season of the American Prodigy series and details the life and career of one of sports most misunderstood superstars, Ken Griffey Jr. The podcast examines America’s relationship with baseball, music, race, celebrity and success.

The Blue Wire marketing team was awarded for their excellence in marketing for a campaign that spanned digital ads, out of home wild posting, on-the-ground engagement with street teams in Seattle and live reads on local radio.

With over 5,000 entries received from across the US and around the world, the Communicator Awards is the largest and most competitive awards program honoring creative excellence for communications professionals. Winners who received the competition’s highest honor, the Award of Excellence, include Forbes, The Walt Disney Company Europe & Africa, Mattel, State Farm, Philips, T-Mobile, Yes& Agency, Pepsico, Groove Jones and many more. The full winners list can be viewed at communicatorawards.com.

“Blue Wire is at its heart a community of incredible creators and creatives,” said Charlotte Cooper, VP of Marketing for Blue Wire. “The Communicator Awards win for the marketing team demonstrates that this creativity extends far beyond the content we produce and distribute to the application of awareness, engagement and tune in promotion that the team leads.”

Listen to the trailer for “American Prodigy: The Kid” on Apple Podcasts here

About The Communicator Awards:

The Communicator Awards are judged and curated by the Academy of Interactive and Visual Arts (AIVA). The AIVA is an assembly of leading professionals from various disciplines of the visual arts dedicated to embracing progress and the evolving nature of traditional and interactive media. Current AIVA membership represents a "Who's Who" of acclaimed media, advertising, and marketing firms including: GE Digital, Spotify, Condè Nast, Disney, Republica, Majestyk, Fast Company, Upstatement, and many others. See aiva.org for more information.

For more information about the Communicator Awards, please visit communicatorawards.com.