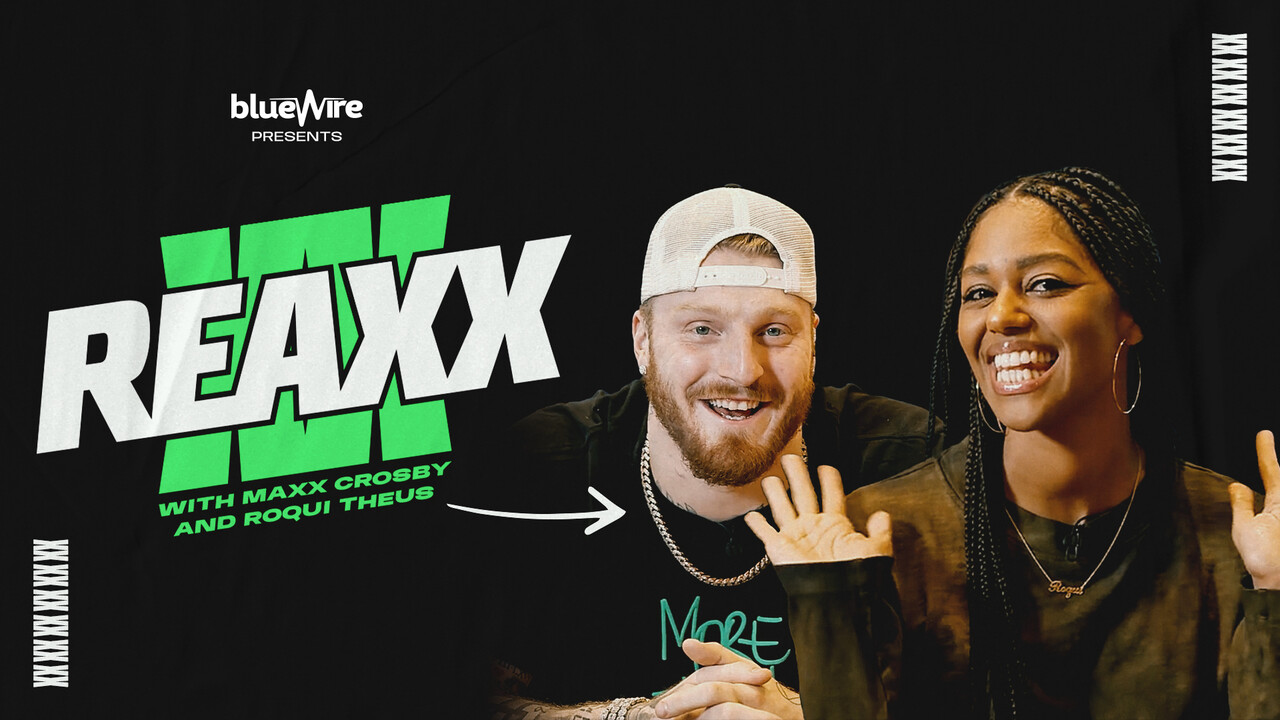 “When I entered the NFL, there were two things I was sure of – I was going to wreak havoc on the field and create my own show for my fans,” said, Maxx Crosby. “Partnering with Blue Wire made a ton of sense with their state-of-the-art Blue Wire Studios @ Wynn Las Vegas, and everyone is going to be nothing less than entertained every time they tune in.”

In each episode, Maxx Crosby and Roqui Theus chop it up with a celebrity or athlete guest as they trawl through some of the funniest and most shocking clips from the across the internet. Season one features guests including Las Vegas Raiders’ Darren Waller and Denzel Perryman, King of the N.B.A Twitter jokes, Josiah Johnson, Las Vegas Aces Dearica Hamby and more.

“Maxx brings the same level of tenacity to this show as he does when he’s chasing quarterbacks.” said Peter Moses, Blue Wire’s Head of Content “We’re excited to build this show and brand with him for this season and beyond.”

Blue Wire announced their partnership with Crosby earlier this year, the series will be published weekly from September 7 through the NFL season.

Blue Wire has grown rapidly since launching in 2018 distributing a network of more than 200 regional sports and gaming podcasts, launching the popular NBA commentary podcast “Spinsters” along with the serialized feed “American Prodigies” as well as the popular serial, “The Rumor”. In 2021, Wynn Resorts, the publicly traded parent company of Wynn Las Vegas, invested $3.5M into Blue Wire in February of 2021 and built a rent-free studio for the startup. The studio attracts a steady stream of sports celebrities to record content include Super Bowl champion Matthew Stafford and his podcaster wife Kelly Hall, Duke head coach Mike Krzyzewski, as well as NFL greats Chad Ochocinco & Cris Carter.

Founded in 2018, Blue Wire is the home of the next generation of sports media programming through its slate of more than 200 popular national and regional shows such as Green Light with Chris Long, Spinsters with Haley O'Shaughnessy and Jordan Ligons, Stay Hot with TikTok megastars Matt Sponhour, Blaiden Kirk, and Theo Ash and the award-winning American Prodigy series.

Blue Wire believes in the creator economy and that the future of content will be led by creators building their own brands and listeners controlling their own programming. The company invests in partnerships that mobilize sports fans, journalists, athletes and has created a content incubator to develop the next generation of sports media talent. In 2021 the 1,700-square-foot Blue Wire Podcasts studio opened at the Wynn Las Vegas, the studio regularly hosts a rotating cast of athletes and influencers creating their own content.  For more info visit www.bluewirepods.com