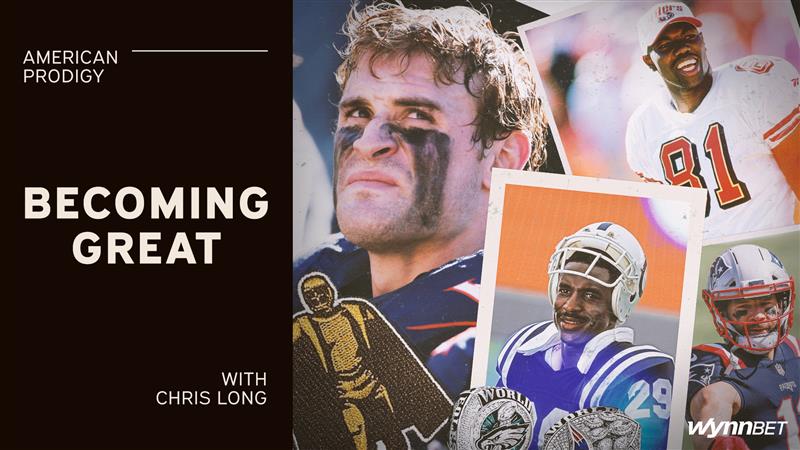 ‍‍The newest chapter of the American Prodigy podcast looks at what it takes ‍to become a great athlete in the NFL.

“Chris is a great collaborator. He’s passionate about his Green Light podcast and this series was no different.” said Peter Moses, Blue Wire’s SVP of Original Content “Chris did a fantastic job identifying great stories in the NFL both past and present.”

In each episode, the two-time Super Bowl champ and 11-year NFL vet, Chris Long, highlights a handful of NFLers who have been on fascinating journeys, and takes you on a trip through their life stories, and explores the true definition of “greatness.” The series features interviews with Aaron Donald, Terrell Owens, Julian Edelman, Eric Dickerson, Ryan Fitzpatrick, Osi Umenyiora, Tony Boselli and Lane Johnson.

“ American Prodigies means a lot to me, we have some incredible interviews and we’ve partnered with Blue Wire to craft narrative content about the journey to greatness of some NFL legends.” said host, Chris Long.

“American Prodigy” launched in 2020 with “The Freddy Adu Story” told by Grant Wahl. This award-winning series was followed by “The Kid” in 2021, the story of Ken Griffey Jr., as told by Seattle musician and friend of Griffey, Kid Sensation (Xola Malik), with producer Alex Ward and “American Prodigies” in 2022, a series from Amira Rose Davis exploring the cultural transformation of women’s artistic gymnastics by looking at the careers of Black gymnasts.

Blue Wire has grown rapidly since launching in 2018 distributing a network of more than 260 regional sports and gaming podcasts, launching the popular NBA commentary podcast “Spinsters” along with the serialized feed “American Prodigies” as well as the popular serial, “The Rumor”. Blue Wire most recently announced an investment of $2.5M co-led by the East Carolina Angels and Dot Capital. The funding gives the startup $11.4M in total funding.  Blue Wire was originally bootstrapped founded by Jones with $17,000 of his savings in August of 2018. This year the company is projecting $10M in revenue and over 124M podcast downloads.

About Blue Wire
Blue Wire is built around the simple idea that independent podcasts would be more successful if they worked together. This concept is the foundation of Blue Wire’s network of 260+ shows from Green Light with Chris Long, Stay Hot, and Road Trippin to regional hits such as Bronx Pinstripes, Light Years, Pack-A-Day and many more.

We believe that hustle, authenticity, and community are cornerstones of success, and these are the values that connect our employees, network podcasts and listeners.

In 2021 the 1,700-square-foot Blue Wire Podcasts studio opened at the Wynn Las Vegas, the studio regularly hosts a rotating cast of athletes and influencers creating their own content.  For more info visit www.bluewirepods.com