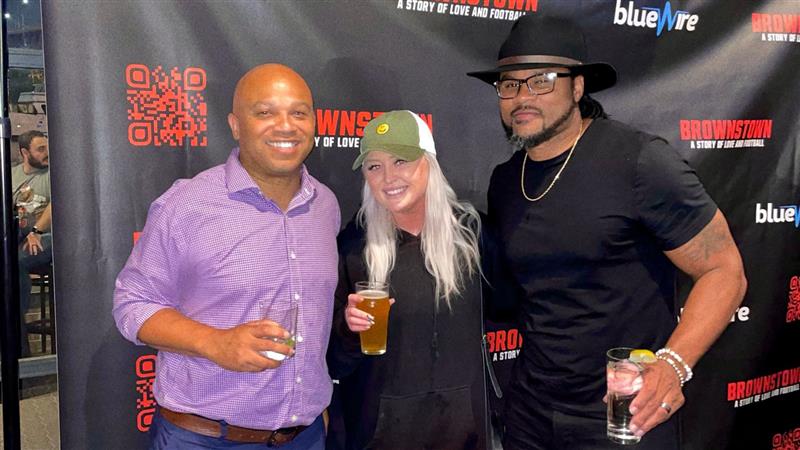 Blue Wire hosted a live podcast event in Cleveland, Ohio for the Brownstown podcast this past weekend, bringing listeners, players, and creators together in person for the first time.

Hosted by sports reporter Andre Knott, Brownstown dives into the unbelievable - and often hilarious - history of the Browns, a team that infamously held the title of the worst franchise in the NFL for 20 seasons. Every week, Knott tells the story of how despite the lackluster performance shown by the Browns season after season, they stayed in the hearts of a city and maintained a fanbase who would unwaveringly love and support them.

Hosted in the heart of Brownstown, the event featured Browns alumni and special guests, including Browns veteran Josh Cribbs, who reminisced on his favorite moment as a Brown (check out the moment here). The live podcast event was the first of many Blue Wire hopes to continue to organize, creating an interactive space for listeners, podcasters, and special guests to come together. Check out some photos from the even below.