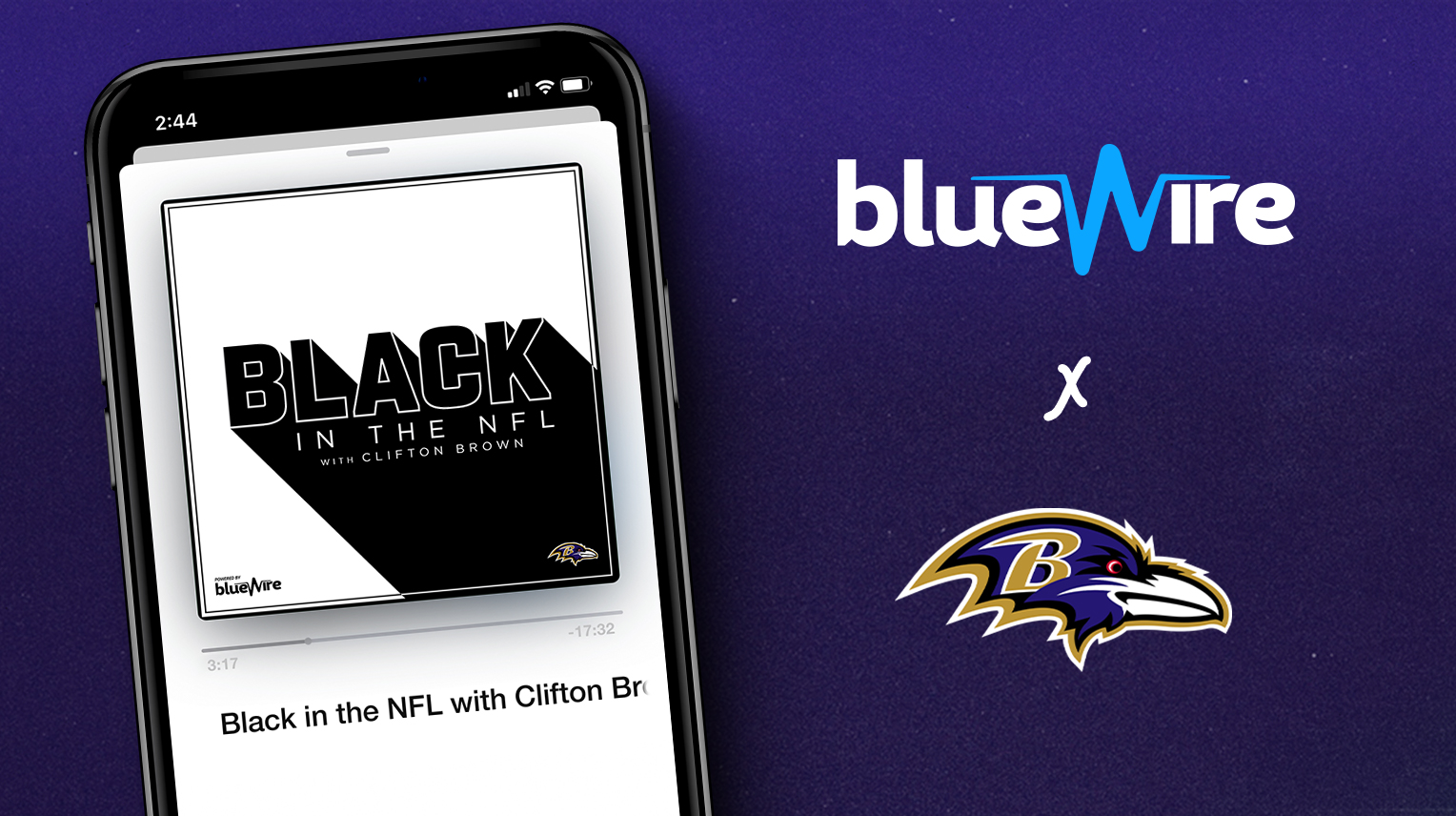 In collaboration with the Baltimore Ravens, Blue Wire has announced a brand-new show called Black In The NFL, hosted by baltimoreravens.com staff writer Clifton Brown.

Brown will talk to players, coaches, executives, and NFL insiders to discuss the topic of race in America and the guests’ experiences with it.

“After listening to this podcast, maybe you’ll understand why athletes won’t just shut up and play or maybe you won’t, but I’m hoping you’ll listen, because I believe understanding leads to more unity,” Brown said in a preview for the show.

Blue Wire CEO Kevin Jones talked about the new show on his Twitter account, saying that the statement the Ravens released in wake of the shooting of Jacob Blake, was something that impacted him greatly.

The Ravens called for multiple reforms and demands in response to the shooting, saying that changes need to be made that can provide justice.

“This is bigger than sports. Racism is embedded in the fabric of our nation's foundation and is a blemish on our country's history. If we are to change course and make our world a better place, we must face this problem head-on and act now to enact positive change,” the Ravens said in a press release on Aug.27.

The first episode of the show can be streamed now on your favorite streaming platform.