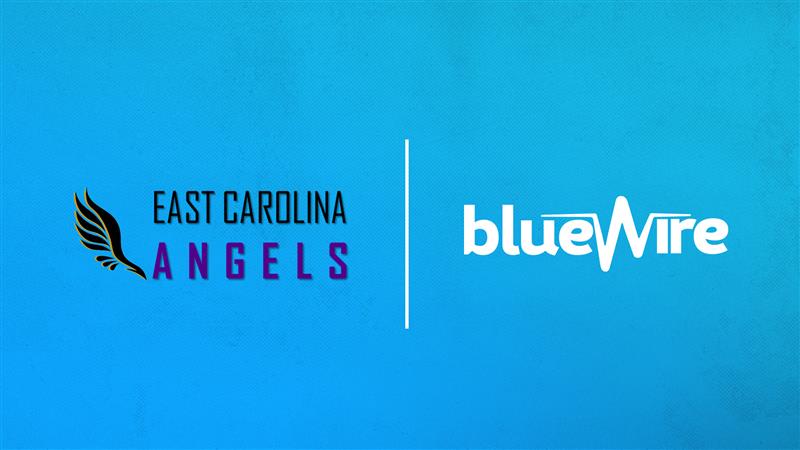 Los Angeles, CA: Blue Wire, the home of the next generation of sports media programming, announces an investment of $2.5M co-led by the East Carolina Angels and Dot Capital. The funding gives the startup $11.4M in total funding.

“I’m blown away by the alumni from East Carolina who are enthusiastically supporting Blue Wire and our mission,” said Jones. “ECU is a special place and vastly underrated in the college ecosystem. I look forward to strengthening more relationships at ECU and in Greenville, NC in the years ahead and working with more students.”

“Blue Wire is exactly the type of company our fund is looking to invest in with strong ECU leadership and ties, a great business plan and tremendous success in growing the business in such a short amount of time,” said Matt Crisp, PEF investment committee member and ECA investor. "The world of sports media is rapidly changing, and Blue Wire figured out early how to meet the growing demand for highly sought after sports programming and content.”

Blue Wire was originally bootstrapped founded by Jones with $17,000 of his savings in August of 2018. This year the company is projecting $10M in revenue and over 124M podcast downloads across 250 shows.

Founded in 2018, Blue Wire is the home of the next generation of sports media programming through its slate of 250 popular national and regional shows such as Green Light with Chris Long, Spinsters with Haley O'Shaughnessy and Jordan Ligons, Stay Hot with TikTok megastars Matt Sponhour, Blaiden Kirk, and Theo Ash and the award-winning American Prodigy series.

Blue Wire believes in the creator economy and that the future of content will be led by creators building their own brands and listeners controlling their own programming. The company invests in partnerships that mobilize sports fans, journalists, athletes and has created a content incubator to develop the next generation of sports media talent. In 2021 the 1,700-square-foot Blue Wire Podcasts studio opened at the Wynn Las Vegas, the studio regularly hosts a rotating cast of athletes and influencers creating their own content.  For more info visit www.bluewirepods.com

East Carolina Angels (ECA) is an angel network focused on return on investment (ROI) for its Members through facilitation of the flow of capital and support from East Carolina University (ECU) alumni and supporters, as well as other angel investors with an interest in high growth startups in eastern North Carolina and the U.S. as a whole. ECA seeks to invest in private companies with the potential for significant growth and financial returns. In addition to facilitating investments, ECA leverages its leadership expertise, and the power of the global ECU community and other sophisticated investors to provide guidance and expertise to portfolio companies, including serving in operational and leadership roles to drive success and exits.