Are The Browns Better Without Odell Beckham Jr.? 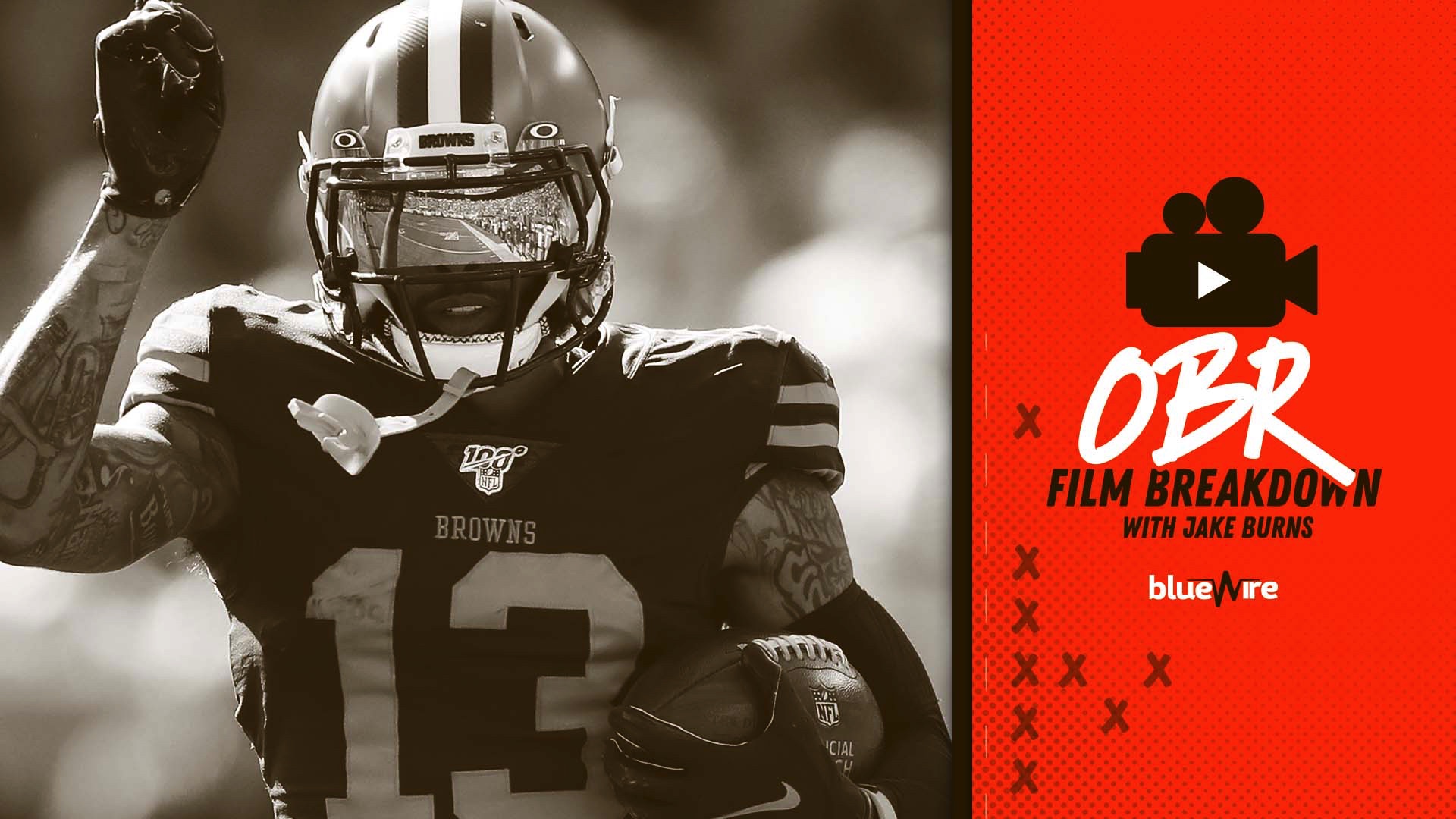 Cleveland's star wide receiver, Odell Beckham Jr., will miss the remainder of the season due to an ACL tear he suffered early in Sunday's 37-34 win against the Cincinnati Bengals. However, despite the weight that the name OBJ carries around the league, the Browns may be better off without him.

Now, I know how it sounds trying to justify a talent like OBJ as the weak link for a team that hasn't finished the season with a winning record since 2007, but when you break it down, there's a valid argument there.

On today's episode of OBR Film Breakdown, Jake Burns tries to detail his stance on the wide receiver's time in Cleveland and explain why he may not be the best fit for this team despite his production value.

In Beckham Jr's. 23 games with the Browns, he's only accounted for 100 yards twice and has six games where he racked up under 40. There's no way to pinpoint what exactly went wrong in those games, but there comes a time when you have to recognize there is a disconnect between him and quarterback Baker Mayfield.

"Everything tells you it should work, but for some reason, it just doesn't," Burns stated (8:55).

While the last couple of seasons have been a whirlwind for the Ohio-based team, you'd expect that a power duo like Mayfield and Beckham Jr. would have the chemistry to produce by now, but something just isn't clicking.

Maybe that's because Mayfield feels he has to feed Beckham Jr. consistently. After all, he's OBJ, so why wouldn't you throw to a target like that?

Maybe it's because he and Mayfield don't have their timing down, and the receiver needs a QB with a different set of skills and tactics to really thrive under.

"We got evidence of Baker [Mayfield's] production without him [on Sunday], and again that's Cincinnati, so you got to keep perspective there," Jake said. "But the evidence is, unfortunately, telling us that Baker's just a little bit better without him on the field, and I don't know why." (10:08).

Drawing comparison from Bill Simmons "Ewing Theory," which describes how and why a team suddenly plays better without their star - it would be a testament to Sunday's sudden turnaround. After starting 0-of-5 with an interception in the first quarter, Mayfield threw 22-of-23 the remainder of the game and just so happened to lead his team to a victory right after OBJ went down.

Whether or not Burn's theory has entirely picked up the traction yet, we are all about to see the evidence that either does or doesn't back it up. The Browns have over half their season left to play without OBJ, and if they inexplicably thrive without him, he may have seen his last snap already played in Cleveland.