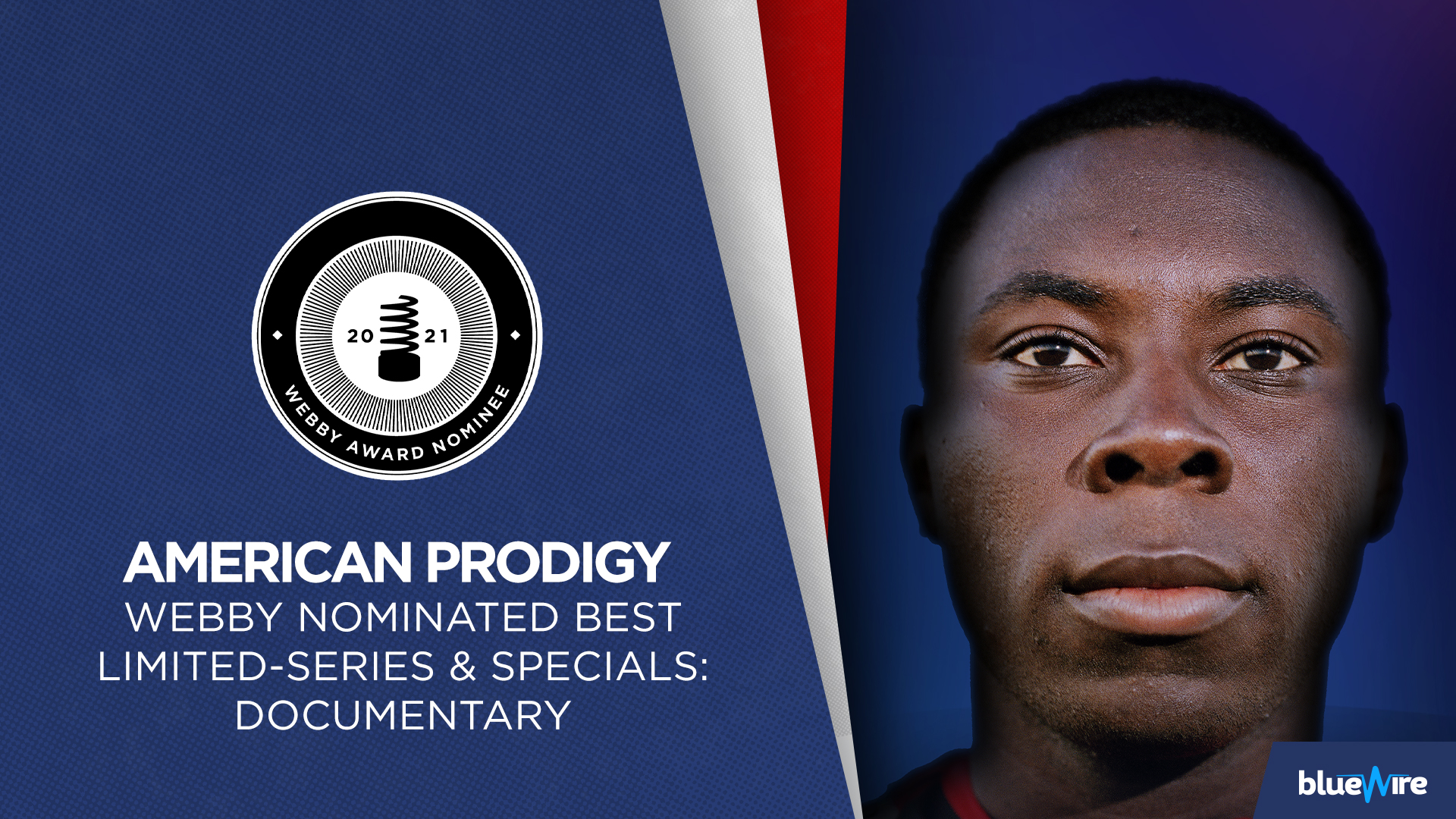 In the podcast, soccer journalist Grant Wahl retraces the legend of Freddy Adu as he went from superstar to one of the biggest “what ifs,” asking, what determines who “makes it,” who “doesn’t,” and what does all of it say about us? The limited series premiered in November 2020 and was hosted by the veteran journalist Grant Wahl who was inspired by his previous coverage of Freddy Adu and the media’s obsession with young athletic talent.

"We couldn't be happier about working with Grant on our first narrative series and thankful that he took a chance and trusted us with this story. All credit goes to producers Jon Yales and Harry Swartout, and the entire BW Studio team who've set the standard for future seasons of American Prodigy and Blue Wire narrative podcasts, of which there will be many," says Peter Moses, Blue Wire’s VP of Content.

Hailed as the “Internet’s highest honor” by The New York Times, The Webby Awards, presented by the International Academy of Digital Arts and Sciences (IADAS), is the leading international awards organization honoring excellence on the Internet.

As a nominee, American Prodigy: Freddy Adu is also eligible to win a Webby People’s Voice Award, which is voted online by fans across the globe. From now until May 8th, American Prodigy fans can cast their votes at vote.webbyawards.com. ‍

Blue Wire is a sports podcasting platform bringing together the next generation of journalists, influential fans, commentators – from social media to developing former athletes.

About The Webby Awards: