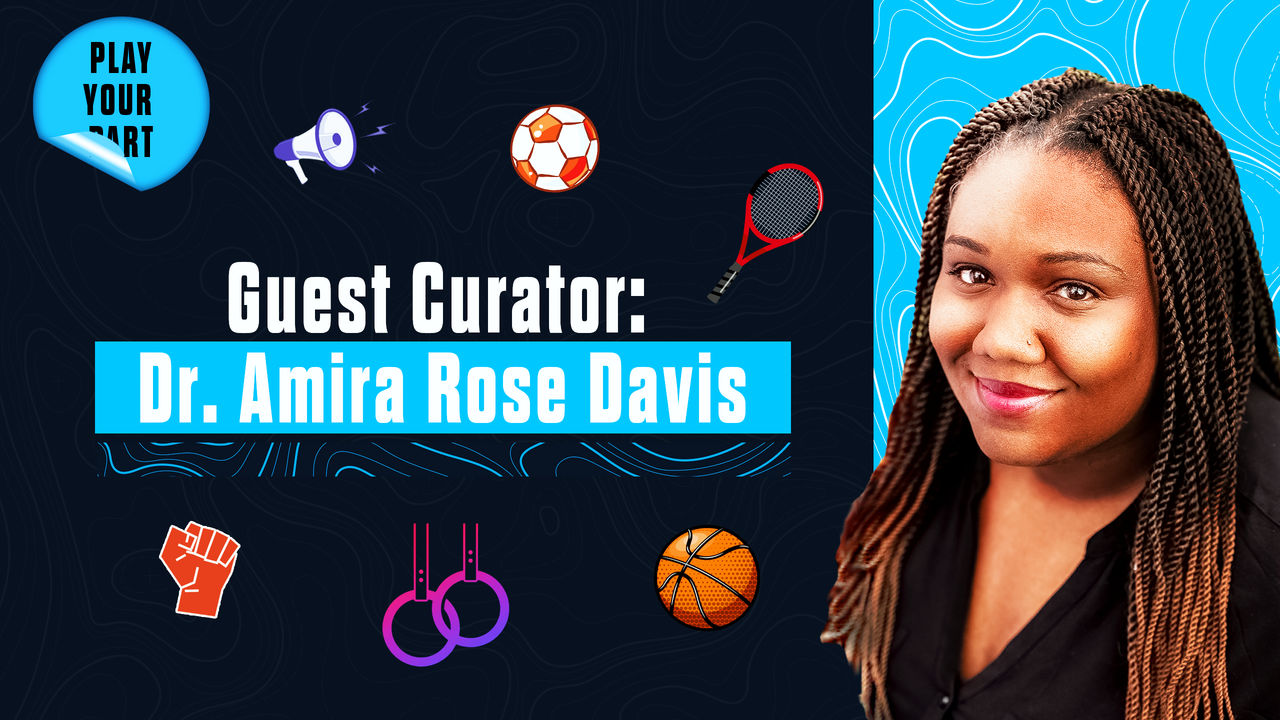 Dr. Amira Rose Davis, the host of Blue Wire’s Burn It All Down and American Prodigies, was featured as a curator of the most recent edition of Spotify’s playlist The Fearless, Hear Us Now: Black Women in Sports. The playlist comes as a team-up between Spotify’s podcast editorial communities Play Your Part and The Roster, combining social justice and sports culture to create a new podcast page focused on gender equality in sports.

In American Prodigies, Davis tells the stories of how Black girls moved from the margins of gymnastics to the core of the sport, showcasing guests and experts from coaches to trainers, journalists to academics, and the athletes themselves, unpacking what it means to be in gymnastics as a Black girl through narrative.

“In my conversations with Spotify, they were really excited for a playlist that had broad representation. I knew that we would be including American Prodigies, so I also wanted to include podcasts that were examples of both kinds of storytelling,” Davis said of her choices.  “I also thought about what shows have done a really good job of interviewing, talking about, or analyzing black women in sports.”

In conjunction with American Prodigies’ episodes on American gymnasts Dianne Durham and Betty Okino, The Fearless features episodes that showcase and amplify Black women athletes, both as interviewer and interviewee, exploring the intersection of gender, race and equality in sports. Blue Wire’s Burn It All Down and Spinsters are also featured.

In addition to podcasting, Davis is the author of the forthcoming book, “Can’t Eat a Medal”: The Lives and Labors of Black Women Athletes in the Age of Jim Crow and a professor of History and African American Studies at Penn State University. Before she even had the language to talk about sports, she was interested in them. “Touchdown was my first word,” she shares.

As a professor, Davis frequently uses podcasts in her teaching, emphasizing their role as valuable and accessible educational resources. “I think it's so clear that the ability to listen and learn as you go whether you're driving or you're out for a run or you're just doing dishes, the fact that you can listen and take it in.”

Davis believes these podcasts are a way to change the conversation around women in sports -  specifically of Black women - whose stories have historically been disproportionately told by white men. Projects like American Prodigies that feature first-hand accounts and clips of largely untold stories help not only to increase visibility and coverage of these moments, but also help to provide the previously unaccounted for perspective through equitable storytelling.

“I'm hoping that this playlist is really helpful for anybody who's interested in the long history of black women in sports, and in their opinions of their stories,” Davis said. “I think you get a little piece of history, listening to the broadcasts, and listening to the interviews of people reflecting on it.”